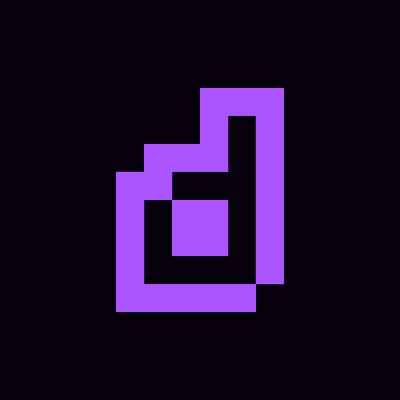 Decentralized Autonomous Organizations (DAOs) can bring equity, ethics and excellence back to business. With brand new legal and organizational structures, DAOs are able to support people and organizations who come together over shared values and who want ownership over their contributions.

While DAOs promise a future vastly different from the present, there’s still work to be done to achieve that promise. We participated in judging UpStream’s DAO-A-Thon to represent the tenets of our beliefs in the future.

The DAO-A-Thon was designed for builders to come together, create a DAO, and pitch it to a panel of judges. 16 new DAOs were incubated in five hours and thousands of dollars were given away in prizes.

While DAO enthusiasts occupied every corner of the co-working space, you could feel the innovation and excitement as teams worked on solving real-world problems with decentralized technology. Almost all attendees were members in at least one DAO, from core contributors to passive members.

Side conversations took place around Friends With Benefits DAO’s token gated party last year to the Tech Runs Basel basketball game that took place in collaboration with the NBA Player’s Association this year. The conversations echoed the sentiments on the stage: DAOs have immense potential for social impact.

Contestants were given four hours to plan and had three minutes to pitch their ideas. Judges based their decisions on: the idea, feasibility, impact, presentation and DAO readiness.

Most of the ideas were both original and realistic on paper, however, when it came to feasibility, few passed the test.

Competitors, HPEC set out to take on the healthcare system by creating DoctorDAO to provide opportunities for secure data ownership and peer-to-peer communication between doctors and patients. Through decentralized identity, the DAO would eventually allow for patients to pay for medical services with a native token. The challenge identified by judges was the real-world complications in bringing this concept to life.

Most healthcare coverage is provided by employers and most doctors are paid directly by insurance companies. This creates an uphill battle for the DAO, as they would be disrupting an industry with multiple different stakeholders who are not incentivized to improve processes.

Rather than focus on that immense headwind, the judges provided insights on how a DAO model could enable a community of physicians and patients to achieve its core mission of creating an equitable and ethical healthcare system. The organization aimed to strengthen patients’ sense of ownership over their healthcare data and physicians’ sense of autonomy outside of larger medical systems.

By acknowledging the pain points in feasibility, the DAOs were able to focus on designing an impactful community. Designing community allows DAOs to create a strong feedback loop to its core value proposition: its purpose.

DoctorDAO’s core desired impact is to build the future of patient care by connecting and enabling physicians to lead the way. To achieve this their community must be intentionally designed to incentivize specific behaviors like connecting with one another to build professional referral networks, so physicians can efficiently do their work and move freely within the industry.

Like feasibility, DAO governance is not one size fits all and is largely dependent on the DAO’s community design and mission. Tools previously built to fast track the creation of DAOs have, in large, failed to address the flexibility communities require.

Incentivizing voter participation became a theme at Upstream’s DAO-A-Thon, as newly formed DAOs got creative with their structures.

The Grateful DAO pitched a governance model where on-chain voting for proposals would be carried out by seven governor delegates in the member community. This model benefited their DAO because it alleviated focusing on member voting rates across the board. It used representatives to keep members informed and engaged in DAO proposals.

KEEZDao pitched a conviction based governance model where a vote is staked on a proposal and accrues more weight over time, ultimately rewarding early voters. The challenge judges identified with this structure was that it treats early voters as more valuable. Despite its innovative approach, this model did not ultimately seek to alleviate the core problem of low voter engagement across DAOs and instead opted to reward those who were already highly engaged. By incentivizing engaged voting members to lock in their votes earlier, KEEZDao can eliminate highly weighted votes that skew the direction of a proposal's fate at the last minute. Contributors have a better sense of which way the vote is likely to go and can begin to prepare for executing on the vote even before the polls close.

The range of proposed governance structures reinforced Decent’s goal of creating a flexible tool for DAO governance. Decent is incubating Fractal, a tool for crypto-native organizations to build hierarchical decision-making into any decentralized organization.

The customizability, flexibility and modularity offered through Fractal empowers organizations to build, govern, and scale their DAO according to their exact needs, resulting in productivity and prolific decentralization. (Learn more about Fractal here)

Whether the scope of the DAO’s mission was worldwide, local or niche, the competition was a clear signal that DAOs are the future. Communities are willing to build together, tackling issues with governance and token structures. Together, communities are creating excellent models for an ethical and equitable future of work, ownership and community.