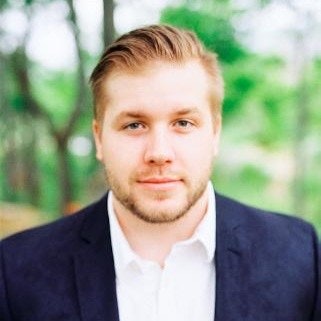 I know a good deal when I see one. Or maybe I was just pre-programmed as a child to buy into something by the catchy informercials that would come on after Saturday morning cartoons . . . Either way, in 2013 as a broke college student I “aped” into the best performing asset of the last decade; Bitcoin.

When I started college, I was fortunate enough to receive both an academic scholarship from Utah Valley University and a decent amount of money from FAFSA to pay for tuition. Since the total value of the scholarship and student aid was worth more than my tuition and fees, the school wrote me a check for the difference to use at my discretion.

Also, I feel like I deserve bonus points here because I pre-paid my tuition and fees with a credit card before FAFSA disbursements and scholarships were awarded for the semester, earned the promotional cash back rewards for the credit card (~30%), and then used the reimbursement from the school to pay off the credit card balance before depositing the rest into a savings account. Slick ‘rik at it again.

During that time, one of my oldest and smartest friends, Jackson Wood (who is now a CFP and contributes to CoinDesk), would teach me all things finances and investing, and through our many conversations I eventually learned about cryptocurrency. After some mild convincing and detailed walkthroughs, I took the leap of faith and invested in Bitcoin. While the total amount initially invested wouldn’t be considered a lot to most people, I took about 80% of my total life savings out of the bank and put it through the circus system that was the early days of depositing money into an exchange to buy crypto.

*In a Grandpa Simpson story-telling voice*

Now-a-days you young whippersnappers can just link your bank account to a number of exchanges or services and buy any number of cryptocurrencies, such a luxury! However, back in the good ‘ol days, I had to go down to the Walmart by my apartment, annoy their employee at the MoneyCenter service, send a MoneyGram via ZipZap to a company called BitInstant, who would then deposit the equivalent amount into my BTC-E exchange account so that I could finally buy some gosh dang Bitcoin! Did I mention the walk to the Walmart was uphill both ways in snow? Well, it was, and candy bars at Woolsworth only cost a nickel.

Perfect! I now had my first fancy Bitcoins, and after riding the price wave from $50 to $100 in a few short weeks, I decided that I was a wise investing genius and needed to buy some more Satoshi’s. Not wanting to take the last remaining money I had left to my name and that was earmarked to buy the necessities like gas, thrift store t-shirts, and of course Ramen, I decided that I would do the only logical and reasonable thing and sell my young hot body.

By which I mean donate plasma. Not stripping. Just wanted to make that clear.

So that’s what I did. I started religiously donating plasma two times a week to continue adding to my Bitcoin bag. Once again, it wasn’t a lot of money and was usually about $75/week. However, little by little, Satoshi by Satoshi, I saw my Bitcoin balance go up. Aka “stacking Sats.” Add that, on top of the rocket ship of value that crypto investing came to be, and I was able to reach and far exceed any novice investing goal that I had in mind when starting. By small and simple things, right?

I made a simple calculator that you can access HERE or by copy/pasting the address *below to see how contributing even a small amount each week can add up overtime.

It’s similar to a recurring theme of popular financial literature. If you have read a book or article about personal finance in the past 10 years there’s a good chance you’ve come across an example of how reducing (or completely giving up) some lifestyle expenses can help build your retirement nest egg. A few of the common culprits that I’ve come across as examples of frivolous spending robbing you of your retirement are eating-out, avocado toast, and coffee. In fact, the “latte factor”, popularized by author David Bach, goes into detail about how investing the seemingly small amount of money that you would have otherwise spent on coffee can have a significant impact on your long-term financial well-being.

Instead of Irish Crème for IRAs, my path was Blood for Bitcoin.

Eventually, in 2017 when the BTC price exploded to $20k I sold a good chunk of my holdings to pay off any debts, put a down payment on a home, travel to Europe a couple of times, and start my family’s journey of becoming truly financially independent.

It’s my hope to spread the “good news” that crypto and similar technologies can bring to others and allow them to achieve their goals as well. If you’ve read this far and want to learn or discuss more about crypto, blockchain, NFTs, etc., feel free to reach out and we can continue to build the community and movement together.