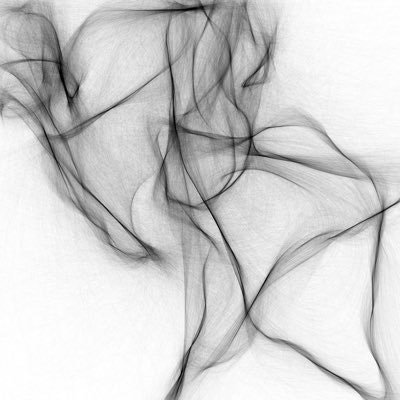 Dave Merin
dfmerin.eth
Protocols Should Be Worth More Than Companies
0x2821
September 18th, 2022

Decentralized token controlled protocols have proliferated in recent years and become a multi-trillion dollar asset class despite the absence of agreed upon valuation frameworks. That is the power of a permission-less and transparent 24/7 global capital market. Imagine how big the market could be if we knew how to value these new assets.

The purpose of this essay isn’t to definitively resolve that debate, but rather to establish some general principles, in particular that, all things equal, decentralized token controlled protocols should be worth more than companies, something only loosely touched on in most discussions of how to value crypto assets.

Most discussion of how to value decentralized protocols grew out of the discourse on how to value Bitcoin as a non sovereign store of value. Since its earliest days, Bitcoin has been valued as Digital Gold, with some debate as to how much the TAM of gold would grow if it was more portable, divisible, and censorship resistant. For a while after this, most tokens were valued as currencies, with people deeply thinking about the equation of exchange and possible issues caused by the near infinite velocity enabled by digital assets.

Then with the rise of DeFi in 2020, came the rise of on-chain productive assets that generated on-chain cashflows, with folks trying to value these protocols using a standard discounted cash flow (DCF) analysis.

Time Value of Money and the Cost of Capital

The result is that you should only be willing to part with your money today in exchange for a certain greater amount of money in the future, discounted by the opportunity cost of the money in the meantime (e.g., your cost of borrowing over the given time period). This is a rational way to think about the value of assets received in the future and it is just as true for decentralized protocols as it is for centralized companies, but there are reasons to believe that simply using traditional company DCF comps in this analysis may be overly conservative.

For instance, the cost of capital might be structurally lower for web3 based protocols vis-a-vis comparable centralized companies. In a traditional DCF analysis you would use the weighted average cost of capital (WACC), which is just a given company’s cost of equity and cost of debt - which usually differ - weighted by the proportion of debt and equity a company uses to finance its business. One of the features of crypto capital markets is that they are global and permission-less. Due to the interplay between supply / demand and the cost of capital in capital markets, it makes sense that if the supply curve of capital for web3 based protocols has structurally shifted right due to increasing supply of capital from investors who have been restricted from participating in traditional capital markets (e.g., farmers in Africa), the price of that capital would decrease, which of course would lead to a lower WACC. This is something that may already be starting to appear with USDC interest rates on AAVE, which are available to anyone in the world, currently below interest rates on Marcus or Wealthfront, which are only available in the US. This is even more striking given that there are factors in crypto that could lead decentralized protocols to have a higher risk premium (and therefore higher effective WACC) in the near term, such as technical risk and regulatory uncertainty, risk factors which should moderate as decentralized protocols mature, further driving down the cost of capital. All things equal, this lower WACC would increase the DCF value of protocols that can tap into these global permission-less capital markets.

That simple present value analysis is how you think about an asset with a fixed term, like a bond, but only step one when you’re dealing with assets of indefinite duration, like a business or an office building or a decentralized protocol, where you would typically add a terminal value after the number of years you can confidently forecast in detail. This terminal value might be a proxy for what you could sell the residual asset for at the end of your hold period.

While this terminal value may sound like a trivial rump to a DCF calculation, the importance of it is not to be underestimated, after all, when Peter Thiel built a DCF to value his company PayPal in March 2001, he found that 75% of the total value of the asset was in the post 2011 terminal value. This may have been pertinent to his decision to sell to eBay, but as of 2022, it looks like he may have been underestimating the Terminal Value of PayPal, as it is currently worth ~75x the value of what eBay purchased it for ~20 years ago.

There are reasons to believe this terminal value component of the DCF formula should be a bit more optimistic for decentralized protocols than for comparable centralized companies for two principle reasons: (1) the aforementioned reduced cost of capital and (2) the “terminal” growth rate.

Bring together the lower cost of capital and the higher “terminal” growth rate of truly decentralized protocols deeply enmeshed in the ecosystem and all else equal you should mechanically get higher DCF valuations for these protocols than you would for comparable centralized companies.

As straightforward as this might seem, there are a few adjacent possible concerns with the above worth addressing.

The first dates back to the early days of valuing crypto assets according to their monetary properties and therefore using the equation of exchange to value these assets. The main critique here is that digital assets are effectively a winner take all market as reduced friction to exchange assets would lead to velocity approaching infinity as rational actors seek to optimize their working capital, rendering utility tokens “useless”. This is a reasonable objection when one is discussing competing monies, but it doesn’t address productive assets of the sort discussed in this essay and the first person to fully articulate this form of criticism has admitted that he plans to shift assets out of bitcoin as it matures, likely to more productive assets.

The second form of criticism is another longstanding theoretical criticism within the community. To the extent an open source software product is built on open state on-chain databases, any rent seeking activity will naturally be forked out. This criticism largely hasn’t played out to date as we’ve seen on-chain entities become increasingly profitable. While it may be a bit early to give a definitive answer here, what we may be witnessing is the understanding that it is desirable to compensate people for their early work as more work may be needed for the protocol to reach scale, followed by those protocols then leveraging trust moats into composability based moats that become increasingly durable and difficult to displace over time.

The third form of criticism is more nascent and builds on the above assertion that protocols can’t be profitable and that we need to find un-forkable forms of value, whether that takes the form of hyperstructures or protocol controlled value (PCV). While the idea of a hyperstructure is still too nascent to definitively write off, the focus on protocol controlled value has hit a bit of a snag in the bear market with several assets trading below their PCV. If the token holders had the rights of equity holders, they could force a token buyback. Unfortunately, they do not and these protocol controlled treasuries are vulnerable to being syphoned off by insiders, especially to the extent the protocol is not truly decentralized. In order for this type of value to really provide a fundamental anchor to valuation, as protocol fees do, it would need to be encoded at the protocol level, just as most fees are. This is a promising vector to probe and something we could see better explored in the future, as the space matures.

Finally, the forth form of criticism is a more recent symptom of the 2021 bull market in all assets, which states that “fundamentals” are just another meme and all that matters is supply and demand for a given asset at a given point in time. That said, as long as a subset of investors cares about fundamentals, the other market participants can be viewed as Ben Graham’s manic “Mr. Market”, constantly providing you with bargains to buy or sell assets, so long as you are patient.

The market is still wildly inefficient. As more institutional capital comes into the space, the market seems ready for fundamental analysis based renaissance. Analyzing these assets on a DCF basis (or in select instances maybe even a PCV basis) could yield outsized returns and possibly even kick off the next bull market.