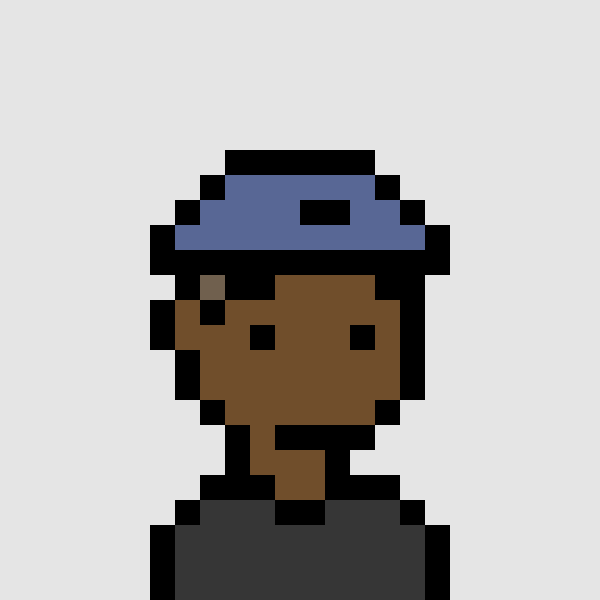 Here is one thing that bothers me when people argue about how different web3 is to web 2.0. Where ever I look, I hear that decentralised web sort of, somehow brings power back to the people, along with ownership.

Shift from current internet architecture to decentralised model is often romanticised as the final removal of the shackles of digital feudalism. We will simple get rid of world where the owner of server or database is technically owner of everything we create in digital form, from ideas, through jpegs of your cat, to fiat money on your account.

This is all true, and yes, we are about to change this. However, there is one catch. In web3, just like in the real world, if you want to own something, you have to either buy it, or.. make it. And making something is not that easy, which is a problem. At least, if you are used to create and make things.

Let’s put it this way. Web3 is terribly restrictive, when it comes to creation. In real world, we are able to create anything, just by taking some basic tools, like paper and pen. Any child can paint a picture. Creating something, means owning it. Ownership is big thing, because it allows us to foster social dynamics and build relationships with people around us.

As a kid, I was able to paint pictures of my friends, and then simply give it as gifts to them. Some are actually having those pictures till now, some threw it away, but the point is, they keep it because of the fact, that I have made it for them. In other words, the creation & ownership were key functions. As much as we like to compare web3 and smart tokens to objects in real world, we are miles away from that, at least in the number of barriers anyone has to overcome to actually create something in decentralised web.

A decade ago, I have co-founded Owl Agency, which is now one of the leading illustrator rep. agencies in the world. Back then, it was super crucial to have three things: nice, well designed web and a page on Facebook (back than, the algorithm wasn't so sinister 😇) and a track record of good designs in portfolio. Despite not knowing a line of code, we were able to create first two in just couple days. Second condition was easy, since I have been playing with designs on web1 or web 2.0 since there were tools for that.

I will stop here. All of this was possible, because simply, there were tools for that, making barriers to enter minimal. Wordpress, Wix, MySpace, Squarespace, Gimp - you name it. With these tools, we were able to overcome even the fact, that we actually did not own that image or graphics uploaded on that server or cloud, which actually, like everything, belonged to some guy called Jeff Bezos.

It did not matter at all.

Why? Because Web 2.0 was, (and still is) easy to use. And this fact made it more democratic, sometimes maybe extremely. The democratisation of creation tools made platforms of Web 2.0 so powerful and in fact changed the world (for better, or worse).

Web3 is not democratic.

Why? Because only small fraction of Web3 users can actually create something, such as smart contracts, or NFTs. And to be honest, when I am thinking about NFTs, I am not talking about ability to save the pictures to ledger. No.We are at stage, where we have the Otherside in works(awesome work Improbable, btw!), but we have no simple way, to issue just a simple tickets or membership cards, which you would like to distribute to friends visiting your virtual land.Super early one would say. How long would we be repeating this, while maintaining super closed society, secluded from the rest of the world?
Decentralised web is not open. Yet.

We decided to change this. Not by adding another set of sophisticated developer tools, DEXs or parachains (although I admire all the projects out there). Instead we took the human centred, designer approach and decided to make simple tool, which will enable anyone to create his own NFT contracts and mint his own tokens.

Launching this Saturday, Droplove.xyz is nothing big, just a no-code tool, that would help you build your own stuff in couple clicks with UX tested, human centred wizard.In addition to that, we will provide access to all your smart contract in clear dashboard, giving you the full control over linked files or ownership of the contracts (yes, you can transfer contract to anyone).

This Saturday 16th at 13:00 CET / 7 am EST, we are opening the mint to first Droplove users with 990 passes, unlocking the Airdrop Contract creator tool immediately, giving forever free access to all future functions, including public mint, coming later this year.

We are a staunch believers in decentralised future of the web. However, current state of web3 is far from ideal. Creating tools for democratising NFTs, such as Droplove.xyz is our way of helping and bringing the more equal, less feudal vision of digital world closer to the people.

Support us by buying one of 990 mint passes. We priced them for symbolic 0.035 ETH, which is a price of 2 hot dogs in Zurich. Help us with design with your feedback or just simply share this article. We would be grateful.

In the end, we are all in this together. The beauty of decentralised web is, that it will only be as good, as we can make it together.

**Dorsian is designer & co-founder at Owl Agency and Tasteminty. Based in Bratislava, Slovakia and Trieste, Italy, he is currently focused on democratising the web3 at Droplove.xyz. He holds few liquid jpegs made by friends and NFT fam, plus, maybe an Otherside plot to hang out.

Droplove Pass is minting on Saturday 16th. 13:00 CET / 7 am EST. The 990 passes unlock forever the no-code tool to create NFT smart contracts give presale access to all projects made on Droplove.**

Fabulous cat photo behind the Droplove logo in header is from Unsplash, by Alvan Nee.