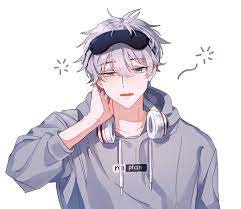 I have read this amazing article from Coin98.net. If you want to see more alphas and insights, please visit the website for more details.

Solidly and ve(3,3) is a brand new product made by Andre Cronje and Daniele Sestagalli - two of the most famous builders in crypto. What is Andre bringing to the current saturated DeFi, actually?

Recently, two of the most famous and talented developers in DeFi - Andre Cronje and Daniele Sestagalli, have partnered to release a brand new DeFi suite consisting of Solidly (AMM) and ve(3,3) (tokenomics). Since then, a new “game” has been created, which I will call Andre Game, or ve(3,3) war.

When there still remains insoluble problems in DeFi, it becomes clear that DeFi is getting saturated and no longer as appealing. With this innovative idea, will Andre be able to change the current situation of DeFi?

In this article, we will find out about Andre Game, its approach, and how it can solve DeFi predicaments.

Background of Solidly & ve(3,3)
Andre + Daniele shook hands to release a new product on Fantom. This includes Solidly as an AMM, and ve(3,3) as a new tokenomics model that Andre believes to possibly change the way a token will be designed in the future.

A few reasons for the recent explosion of ve(3,3) and its satellite projects:

There is too much cash but there are not enough use cases for it to be used.
The existing Liquidity Mining model is not efficient and we need a new way to address liquidity.
⇒ When there is a new innovative idea, it can really quickly attract attention + cash flow.

4. The layer 1 Narrative is still solid, but cannot attract a new cash flow. Instead, the existing cash flow now only moves between different chains. At the same time, while Layer 1 blockchains are facing multiple difficulties:

⇒ Solidly and ve(3,3) being developed on Fantom is a win-win situation, which will further boost the hype of both the product and the ecosystem.

5. The cash flow has been staying in Fantom to participate in DeFi activities (mainly for yields) for a while.

6. Fantom projects always fair-launch and do not fundraise: Most of the token allocation is given to the community, therefore there is no participation from VCs ⇒ High upside + potential for retail investors and speculators.

What problems do Solidly and ve(3,3) solve?

Solidly and ve(3,3) attempts to provide solutions for not only AMMs but also every other DeFi protocol. Some crucial problems are:

The solutions Solidly and ve(3,3) offer

Fee distribution is not optimal

Fees are an important factor of any model. To sustain a healthy work model (blockchain staking, AMM, lending,...), using Liquidity Mining as rewards should only be considered the initial bootstrapping method while fees should be the long-term incentive.

At the moment, most AMMs use farming rewards rather than fees as the incentive for liquidity ⇒ Unsustainable growth.

For example: Curve (SushiSwap) incentivizes users to provide liquidity, but 50% of the transaction fees will be distributed to veCRV (xSUSHI) holders ⇒ Liquidity Providers do not benefit much from transaction fees.

On the contrary, if the solution is simply for AMMs to incentivize fees instead of liquidity mining (farming rewards), wash trading will occur.

The ve (vote escrow) model from Curve has been pretty successful. However, there exists one problem: No matter which pool veCRV holders vote for boosting rewards, they will always receive 50% of all Curve’s transaction fees ⇒ veCRV holders are not voting efficiently as they can possibly vote on liquidity pools with low volume ⇒ boosting rewards will not be directed to the most efficient pools, therefore, Curve cannot incentivize rewards to the correct pools.

⇒ This model seems to be more sustainable and decentralized, whereas the main incentive will be focused on fees rather than farming rewards (liquidity mining in other words) ⇒ The project can grow in a more healthy and long-term way.

This approach has also created an AMM war (or as I call, Andre Game) where other AMMs can build their products on top of Solidly and attempt to take as much token emission as possible (similar to what Convex did with Curve).

Flywheel: AMMs create their own liquidity pools on Solidly, at the same time attempting to hold a large amount of ve(3,3) tokens ⇒ They lock those ve(3,3) tokens and vote for their pools ⇒ Start incentivizing users to provide liquidity and trade in those pools ⇒ Create a massive amount of trading volume and fees ⇒ AMMs receive trading fees, distribute them to liquidity providers and traders ⇒ more users want to vote in those pools ⇒ The pools receive more token emission ⇒ Continue to use it to incentivize users to trade and provide liquidity.

When a project stands out, every ve(3,3) holder will want to vote for the token emission to go to the pools of that project ⇒ There will be a few winning protocols, so I expect that various AMMs will compete for these slots.

Moreover, any projects are free to apply this model to their project ⇒ There might exist multiple wars on Fantom, or a complex war with multiple layers/participants.

At the moment, fees accrued by the protocol are usually used to buy back and distribute the native tokens to Liquidity Providers. At the surface, this approach seems to create buy pressure for the native token, hence increasing its price and helping the project grow.

Curve was the first to realize this shortcoming and started to distribute fees in Stablecoins. Even though it seems to solve the problem, it actually creates extremely high sell pressure. Considering decentralized Stablecoins like DAI or MIM, this can heavily influence their peg price.

Solutions: Fees will be distributed as the asset in which the fee was accrued.

Liquidity mining is not sustainable

Problem: Liquidity mining as an incentive for liquidity will create massive sell pressure and inflation for the reward token over time. Users will sell a lot of tokens that they have farmed => token price decreases, affecting the project’s growth.

⇒ Overall, this is a creative way to control the token’s inflation rate through incentives. Normally, token holders do not want to lock their tokens as their capital will be unavailable for a long time, which will possibly lose its value over time due to inflation. This problem has been addressed by the new token design Andre offers.

New projects have difficulties in bootstrapping

Problems: When a new project is built, it usually has to interact with other protocols (like SushiSwap, Curve,...) in order to bootstrap the initial liquidity and userbase. Nevertheless, when a new project incentivizes liquidity via others, it will not receive any trading fees ⇒ The project will have difficulties developing its products.

Solutions: Liquidity pools and LP tokens will be directed to the original protocol, hence helping it receive 100% of the trading fees, which can be used to develop its products more quickly through the initial stage.

TVL War and the players in this game

For Solidly and its token emission to start running, pools that are voted by ve(3,3) lockers must preexist. So initially, who will possess ve(3,3) tokens to vote?

Andre decided that the top 20 projects with the highest TVL in Fantom will receive the very first ve(3,3) tokens. Since then, a TVL War occurred when every project in the ecosystem wants to bootstrap their TVL as fast as possible so that they can get into the top 20 and earn ve(3,3) tokens, which will be the start for the Andre Game later.

Overall, the approach projects use to attract TVL is pretty similar: Fork contracts from popular protocols and enable staking/farming at a staggering APR.

⇒ Similar to the game of Convex and Curve.

The TVL War has ended with the snapshot taken on 00:00 (UTC +7) January 24th, 2022. The top 20 projects will receive the number of tokens proportionally to their TVL at the snapshot time.

Now, let’s take a look at all the players in this game, and the forces behind them.

Token WeVE: Will be used to participate in the governance of ve(3,3) NFT.

⇒ Overall, veDAO has the advantage of a first mover, but has let 0xDAO vampire attack for its flawed tokenomics whereas the community does not benefit 100%.

Token OXD: Will be used in the NFT governance.

⇒ This will be a big player in the upcoming Andre Game, since it has had the right approach with the participation of multiple native protocols in the ecosystem. With various projects behind working together to incentivize and bootstrap 1 big pool, 0xDAO can totally become one winner in this war.

Work Model: Increase the yields on Solidly, similar to what Convex does with Curve.

Grape has announced its merge with Solidex, you can refer to it here.

Work Model: Increase the yields on Solidly, similar to what Convex does with Curve.

Forces behind: The project will receive ve(3,3) NFTs from other projects who receive it, instead of trying to participate in the TVL War.

Token SEX: Allow SEX holders to receive the project’s revenues + governance rights. The project will allocate a portion of its token to projects which are willing to delegate ve(3,3) tokens to them (maximum 15 projects).

⇒ There can only be 2 possible situations:

Even Andre and Daniele do not want to stay out of this game. It is clearly seen that the 2 founders of the project also want to possess some ve(3,3) tokens for themselves, and their projects have shown that

Even Popsicle Ice - a project by Daniele, has had a drastic increase in TVL, despite not reaching the top 20 TVL.

At the moment, what has been happening is only the TVL War, which in my opinion is only the 1st phase. The 2nd phase of the game will be the ve(3,3) War, which will be the main focus when we will be able to see projects building on top of Solidly to benefit themselves.

The players in this game have become really diverse: From big native protocols in the Fantom ecosystem (SpookySwap, SpiritSwap, Liquid Driver,...), KOLs, outside players,... to even the project founders.

The TVL War has been interesting enough, but just wait till the ve(3,3) War kicks in. Every attention in the market will flow to ve(3,3) and Solidly, and Fantom will become more explosive than ever.

Nevertheless, there are some “missing” points I can see in this model:

2. Everyone locking all ve(3,3) tokens is actually not a good thing.

The future of Andre Game

Even though the ve(3,3) tokenomics is a fresh innovation from Andre, this model still possesses its limitations due to the fact that it creates a monopoly system. There is a high probability that some players will be able to dominate the game, limiting the number of pools being built, leading to a big drawback for an AMM who wants to apply this model.

Each player in this game has their own strengths, whether it’s the community, the forces behind, the approach,... As a result, it is nearly impossible to say which project will stand out in the main ve(3,3) War.

Wars, particularly governance and DAO wars, are being extremely hot at the moment. Starting from the Curve War, it can be seen that many wars have appeared on other projects and ecosystems. With a model like ve(3,3), wars of its kind are likely to appear on other DeFi ecosystems and attract the attention of the community back to them.

Especially when the token model of Andre is still monopolistic, any projects applying ve(3,3) after Solidly can become even more outstanding by making its project more community-driven ⇒ Attract more users and attention.

I have read this amazing article from Coin98.net. If you want to see more alphas and insights, please visit the website for more details.