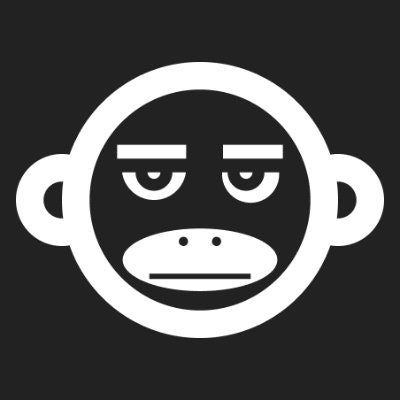 rickbest
e-dollar.eth
Innovation around digital assets is the core driver of the Next Web3 Revolution
0x7b39
July 13th, 2022

“The tangible fact at the root of all our thought-distinctions, however subtle, is that there is no one of them so fine as to consist in anything but a possible difference of practice. To attain perfect clearness in our thoughts of an object, then, we need only consider what conceivable effects of a practical kind the object may involve — what sensations we are to expect from it, and what reactions we must prepare.”

In the above, we have revealed the beginning of the ideological war in Cyberspace, and in the second half of the article, briefly talked about the different ideologies represented by the post-Snowden version of Web3 and the hyper-financialized Web3, In this article I hope to elaborate on the differences between the two and explore the core drivers of Web3’s next wave of rapid development from a pragmatic perspective.

Many of my friends are amazed at the emergence of Bitcoin, just like the golden age of ancient Greece. It seems to be an unconventional and inexplicable genius product. However, I do not agree with this point of view. I think the invention of Bitcoin is not accidental at all. It was an inevitable result in the network environment at that time.

In the above introduction, we have reviewed the development history of the Web. In the era of the classical liberal network, the design principles of openness, inclusiveness, globalization and neutrality have gradually formed. However, with the emergence of a large number of web applications, the composition of web users has undergone great changes. From the previous sub-cultural group of users (In fact, they are usually coders), to a universal mainstream cultural group covering all kinds of people. The pragmatism that prioritizes high efficiency and low cost prevails.

But this does not mean that the principle of open protocol has completely disappeared. Unlike political revolution, technological evolution is non-violent, so the corresponding ideological evolution is a process of gentle fusion. In fact, some developers, we can call them the legacy of classical liberalism, have been adhering to the principle of open protocols to carry out technology research and development and related concept promotion work, we can easily find them, such as the Free Software Foundation, Electronic Frontier Fund Association, Wikimedia Foundation and other organizations, they have successively funded and promoted many interesting technical solutions, such as Tor, VPN, SSH, etc., and they are also the first batch of Bitcoin users, using Bitcoin to raise funds, so there is a reason It is believed that the design of Bitcoin must have come from this part of the population. The initial purpose is to develop an unregulated, anonymous electronic cash system for payment for those organizations.

With the great success of Bitcoin aroused the interest of some computer experts, I believe that Vitalik and Gavin Wood belong to this group of people, with the help of Bitcoin’s most important original technology: Proof of Work (POW) consensus algorithm, to build a decentralized and anonymous computer system , and thus completely change the classic C/S Web development paradigm has become a possibility.

As the outbreak of the sensational “Prism incident”, the credibility of technical and political authority has been greatly reduced, which provides an excellent opportunity for the promotion of new concepts, so we can see the emergence of Web3 with the latest semantics, which is proposed by Gavin Wood, and here I think it is necessary to quote this classic description again:

The core vision of this version of Web3 is to build a de-authoritative, censorship-free online world that fully protects personal privacy. This can be seen as a classic interpretation of anarchism in the cyberspace, so I would like to call it Anarchism Web3. It is worth noting that the significance of making such a clear distinction is that we need to figure out what principles to guide our application design in order to achieve the final vision, so as to complete the construction of the network, which best meets our demands.

Under the guidance of such ideology, the ultimate pursuit of decentralization and privacy has spawned a series of interesting Web3 projects. The successful cases in such projects are usually based on the underlying infrastructure. Recall those superb cryptography and consensus algorithms, I will not give specific examples, because you can find many famous projects, but there are not many related to the application layer and protocol layer. Perhaps ENS is an exception.

Since MasterCoin designed the first Initial Coin Offering (ICO) in 2013, the crowdfunding model with cryptocurrencies has gradually become popular, and with the improvement of ERC-20 and other protocol layers, the threshold for issuance and participation has been greatly reduced. In 2017, the development of ICOs peaked.

Let us review that history. The Coin (or called Token) as the subject matter has also evolved into different types, the most representative of which are utility certificates and ownership certificates. The former is similar to an admission ticket. Only with this certificate can you have the right to use the target project. In fact, in the early stage of ICO development, most of the tokens issued by the project belong to this type, including Mastercoin, NextCoin, and even Ethereum (the POS was not included in the early Ethereum design).

The emergence and rapid development of the certificate of ownership are inseparable from two opportunities. The first is that a geek named Sunny King proposed Proof of Stake (POS) in 2012 and developed Peercoin. I think this concept’s biggest contribution is that, for the first time, it proposed a paradigm design that uses token to carry an exclusive network ownership (although here, Token carries more of a dividend right), and then the paradigm design around network ownership became In 2018, the ICO of EOS ushered in the peak of development. However, the excessive development bubble and the explosion of applications that have not been realized have made the development stagnant.

The second development opportunity for the certificate of ownership, I think, can be traced back to the issuance of Comp token by Compound, which also completely opened the hyper-financial Liberal Capitalism Web3 Era. For a long time before this, the development of the certificate of ownership focused on the distribution of the ownership of the underlying network, and the application layer did not seem to respond. In fact, the birth of some well-known Dapp projects was very early. “Owner governance” + “Payment system” is basically the mainstream model.

Until the emergence of Comp, the Dapp development model of “Community Governance” + “Mining Incentives” around the key uses of Dapps has gradually gained widespread popularity through the ownership of applications carried by Tokens. recognized and developed rapidly. Due to the rich financial returns, smooth exit mechanism and the free market environment, lots of investors have entered Web3 with massive funds. Similar to the changes of the Classical Liberalism Era, The industry has once again ushered in changes with the changes in the composition of major users, and the meaning of Web3 has also undergone great changes. Let us recall the definition given by Chris Dixon:

Web3 is the internet owned by the builders and users, orchestrated with tokens. In web3, ownership and control is decentralized. Users and builders can own pieces of internet services by owning tokens, both non-fungible (NFTs) and fungible.

So far, the difference is very obvious. Web3 has gradually transformed from the original pursuit of de-authority and personal privacy to carrying network ownership through digital assets, thereby realizing the redistribution of network resources. Under such a vision, the private ownership of digital assets and an absolutely free market are the ultimate goals, and de-authority and personal privacy have degenerated into means to ensure the above two goals. This is an important change, which is basically equivalent to The political pursuit of liberal capitalism (in fact, in political philosophy, liberal capitalism is basically equated with a specific, concrete form of anarchism).

Under the guidance of such ideology, the innovation of the type of value carried by digital assets and the way of distribution of ownership has become the main direction of evolution. Basically, before the arrival of the recent intense wave of de-leveraging, the main innovation in the Web3 industry was concentrated here. . We need to be very clear about the difference between the two, because this will lead to two completely different evaluation criteria, some Web3 projects look very good to anarchist Web3 supporters, but not to liberal capitalist Web3 supporters. It doesn’t matter, of course, there are completely opposite situations. In the final analysis, it is because of ideological differences.

After understanding the difference between these two propositions, I hope to explore what may be the next wave’s core driving force of the rapid development of Web3. Personally, I agree more with pragmatism, which is why I choose to use William James’ dictum at the beginning: In my opinion, the meaning of judging an idea or a concept of a thing lies in the idea’s effect on human behavior. What is the effect of the above, what kind of value is produced, and the top-down thinking method relying on metaphysics is usually not conducive to the development of society. From this perspective, I also agree with socialism.

Under the guidance of such a concept, I think that the development of the cyberspace will most likely develop along a path of compromise and low friction. Remember the Cyber-Ideology-Spectrum we mentioned in the previous article, in general we can put the Classical Liberal Web, Anarchist Web3, and Liberal Capitalist Web3 in the same area, this is the opposite part of the Techno-authoritarian Web, and the ideology of the future cyberspace will burst out with greater energy in the blue shaded area. The core of driving this development is whether there will be innovative and universal value propositions to be discovered. Judging from some existing results, I think that digital assets basically have such capabilities, or that digital assets Innovation in assets will continue to be a core driver of Web3.

First of all, I need to declare that I do not disapprove of the value of work related to decentralization and privacy protection. On the contrary, I think the related results are usually enlightening, but according to the current actual situation, these two goals usually based on the evolution of cryptography technology, subject to the development of related technologies, some products supported by this concept are mostly unsatisfactory in performance, or compared with some mature computer network technologies, these products still have a lot of room for improvement, and because cryptography, as a basic discipline, has the characteristics of large investment and long output cycle, the current development status of Web3 enterprises does not match, and I don’t think this situation will change anytime soon.

However, for the discussion of digital assets, the situation will be different. So far, I am still impressed by the ingenious design of digital asset ownership (or encrypted assets) in the Web3 world. The most direct impact includes three aspects:

It is no exaggeration to say that any previous technical solutions and specific products are not as perfect for the realization of digital assets as the Web3 solution, and this also brings more practical value to the digital assets in Web3, that is, high liquidity and low-cost trust boosting inject new vitality into the development of the cyberspace. Therefore, I believe that the core driving force for the rapid development of the next wave of Web3 will continue to be innovation around digital assets, and in simple terms, innovation may be carried out from the following aspects: