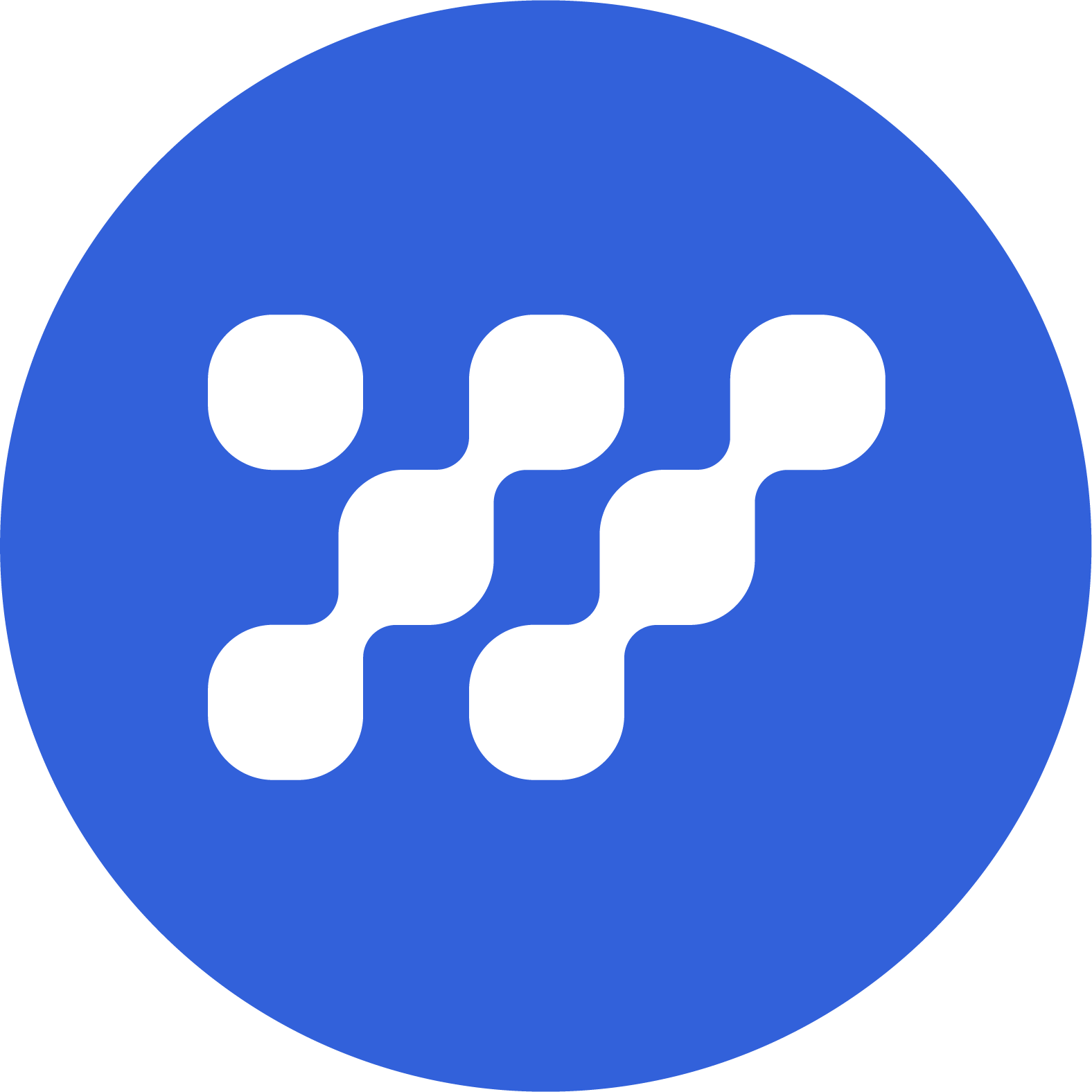 everwave is a Solana based Decentralized Autonomous Organization (DAO) facilitating an online collaborative music production platform. Our core product is a webapp where members of the DAO can connect through their wallet, produce music together and get rewarded.

At the beginning of a Wave, there’s a musical idea: one or more Musicians create this seed idea, providing the inspiration for others to contribute to. Anyone coming to the platform can listen to it. Any DAO member can choose to join in by uploading their own parts to the Wave, or by producing a completely different Version using the existing parts.

As the Wave grows, participating Musicians and Producers can collectively vote to close the Wave and mint it as an NFT - or choose to keep the collaborative creation process flowing until they decide otherwise. On top of that, the whole DAO will vote for its favorite Versions from the Wave and the selected ones will be minted as Ripple NFTs (think of these as ‘singles’).

Musicians who participated in the Wave will be rewarded in 3 ways. First, they will be able to claim the creative reward airdrop from the everwave smart contract. Second, they will receive revenue from the sale of the NFTs. Third, they will receive a revenue split based on any additional exploitation of the minted Ripples - all the contributors share in what’s been created. Once this process is done with, a new Wave can begin, and the cycle starts again.

A Wave is a music+visual file. The music side of it is a fully original object. The outcome of a collaborative creative process, going from the first draft of a musical idea, to the completion of several different musical ideas into songs, with the help of a diverse crowd of Musicians and Producers. The visual part is a generative art 3D object which reacts to the music as it’s being played. In that way, each Wave will have a completely unique visual, since each piece of music will be unique as well.

A Wave is basically a collection of Versions. A Version is what is uploaded by a Producer, it’s their creative vision based on the previous Versions, and the available pool of stems. When a Version is minted it becomes a Ripple.

A Ripple is what will be minted as a NFT along with the Wave itself. The community will vote for its favourite Versions composing the Wave, the selected Versions will get minted as Ripple’s and go for sale.

everwave was created by a group of musicians, producers, arrangers and music lovers, who decided to get together to seize the opportunity that web3 offers to reshape the way music is being produced, and above all, how the value generated by music is being redistributed. We all believe the current ecosystem around the music industry as a whole could do so much better. Many projects have been launched in the past few months, trying to tackle these issues. With everwave, we want to show that it’s possible to connect to the world, produce music together in a creative way, and get fairly rewarded for it.

everwave is as a platform showcasing the ongoing evolution of a collectively created piece of music. To kickstart this process, one or more Musicians from the community will create a seed idea, and upload it to the platform. Each member of the community will be able to draw inspiration from this initial Version, and add their own parts. Imagine the early draft has drums, guitar and bass. A sax player can decide to join in, add a saxophone part they've recorded and propose it for integration into the Wave. Contributors defined as “Producers” are in charge of arranging and integrating these contributed parts into the original, thus creating the latest Version to become part of what we call the Wave. Imagine the early draft had a jazzy vibe. Maybe one of the Producers will decide to simply continue the original idea of this draft, and integrate the sax while keeping the jazzy vibe. Maybe another Producer will be inspired by this new saxophone stem, and decide to make a drum’n’bass Version out of it. And maybe another Producer will make an ambient Version out of this. Those different Versions will come one after the other in chronological order and collectively form the Wave. The Wave will keep extending through a feedback loop between Musicians & Producers, with the former providing raw material, and the latter giving shape to this raw material. This process will go on until the community of participating creators collectively agrees that the Wave is complete.

After the community agrees the Wave is over, two things will happen:

-The DAO will mint the full Wave as an NFT. We consider the Wave as a very singular piece of art. A witness of human creativity and shared inspiration. The Wave might even be hours long - sometimes experimental, sometimes repetitive, a documentation of collective process. Within this Wave, we'll have plenty of Versions made by different Producers with the potential for each Version to exist as its own stand-alone track. We will ask our extended community to vote for their favorite Versions, and these community-selected Versions will get minted as NFTs, sold on our marketplace and exploited on traditional DSPs. We call these Versions Ripples.

-We will use a smart contract to automatically airdrop a reward allocation of $WVE token to every member who participated in the creation of the Wave. This includes every Musician who has at least one stem included in the Wave, and every Producer who has submitted at least one Version to the Wave. Because the impact and importance of a contribution to a collaborative piece of music is very difficult to actually quantify, we’ve decided to go for a very simple split which consists in taking the total amount of tokens per allocation, and dividing it by the amount of eligible creators for that Wave. This formula gives us the amount that will be airdropped to each creator at the end of each Wave.

This covers the cycle of creation on everwave. When everwave first launches, only admin members of the DAO will be able to kickstart a new Wave with a new seed idea. We will start one new Wave each week, regardless of the status of other ongoing Waves - meaning that multiple Waves can be concurrently in motion. In the future, we plan to extend this access to DAO "super-users" who have shown themselves to be valuable community members through having multiple interactions with Waves and voting processes.

Although everwave is focused on music production and creation, we love dynamic visuals too and have built something special with this in mind. Lia Coleman, an extraordinarily talented creative coder & artist is working with us to produce the Wave visual, a 3D object which responds to sound frequencies, and changes shape accordingly. We plan to keep developing this visual and future iterations will have features including visual representation of who you're hearing at that moment in time. We'll also be collaborating with a range of visual artists to bring new looks and feels to future Wave visuals.

everwave is not only the webapp, it’s also a DAO based on a community and a governance token: $WVE. The $WVE token has a total supply of 1,000,000,000 tokens, and is distributed as follows:

$WVE token is used in our webapp to pay a nominal fee when uploading a new stem. It’s also used to token-gate access to our community and application. We’re building a token-gated community where members are ready to show they are committed to the success of the DAO. Depending on the unit price of the $WVE token, we will make necessary adjustments in order to keep the entry bar accessible at a reasonable level.

Our governance is accessible to anyone holding $WVE tokens. This is the highest level of governance. Below that, we have further layers of governance related to community and content management (See below the Governance section for more details).

We use the $WVE token to redistribute the value created through the DAO. We airdrop governance tokens to creators, and require DAO members to hold a minimum amount of $WVE in their wallet (token gating). Through this process, we make sure that creators will be the first ones to benefit from the value that they have themselves contributed to create.

The highest level decisions about how the DAO functions will be governed with proposals and voting open to all $WVE token holders. To maintain the integrity of the system we’ve created, we also have sub-layers of governance managed by specific tokens, allowing for a granular approach to the DAO and music management rights.

Everyone who applies and is accepted into the DAO will be issued a Member Token, giving voting rights to the holder to address all issues related to community management. Holders can vote on issues regarding the community (eg, ban a member from the community for bad behavior).

Everyone who participates in the creation of a specific Wave will be issued a Wave Token. Holders of this token will be called on to vote when we need to make decisions at the Wave level (eg, when do we close that specific Wave?). These tokens will be tied to each specific Wave with a unique identifier to indicate which Wave it corresponds to and allows voting for.

Everyone who participates in the creation of a specific Version will be issued a Version Token. Holders of this token will be called on to vote when we need to make decisions at the Version level (eg, do we want to make Version x available on Spotify? Do we allow Version x to be used in a Nike commercial?). These tokens will be tied to each specific Version with a unique identifier to indicate which Version it corresponds to and allows voting for.

To be clear - anyone can hold $WVE tokens, but token holders will not automatically be members of our community on Discord. Not all DAO members will be contributors to every Wave or Version and this multi-layered governance approach gives the community confidence that the right people have a say in the stages of the process that they’re directly involved with.

This structure is a direct reflection of our approach to rights management on everwave. On everwave, nothing would happen without everyone’s participation, so we’ve decided to take a collective approach to rights management. Every Version produced through everwave will belong to the everwave DAO, which in return is owned by the $WVE token holders. $WVE token holders will primarily be the creators on the platform - who are required to hold the token to participate and interact, and will have access to the Creative Reward Pool (40% of the entire token supply). Thus, rights management will be collective and based on the different governance layers described above: only artists involved in the creation of a specific Version will have a say about how to manage that Version. If you want to learn more about this aspect, read our other blog post about music rights management within everwave, our Terms of Service, and our user agreement (all to be published soon).

With time, we want to build a community of Musicians & Producers making music together. Something of a creator-owned and managed label, fit for an online world revolving around web3 dynamics. We’ll start by having consecutive Waves, with the intention to open up the system and let experienced community members kickstart their own Waves with multiple Waves running in parallel. We hope you’ll join us in this adventure and become a member of the everwave community to take part in creating incredible music and help build a better ecosystem for creators.