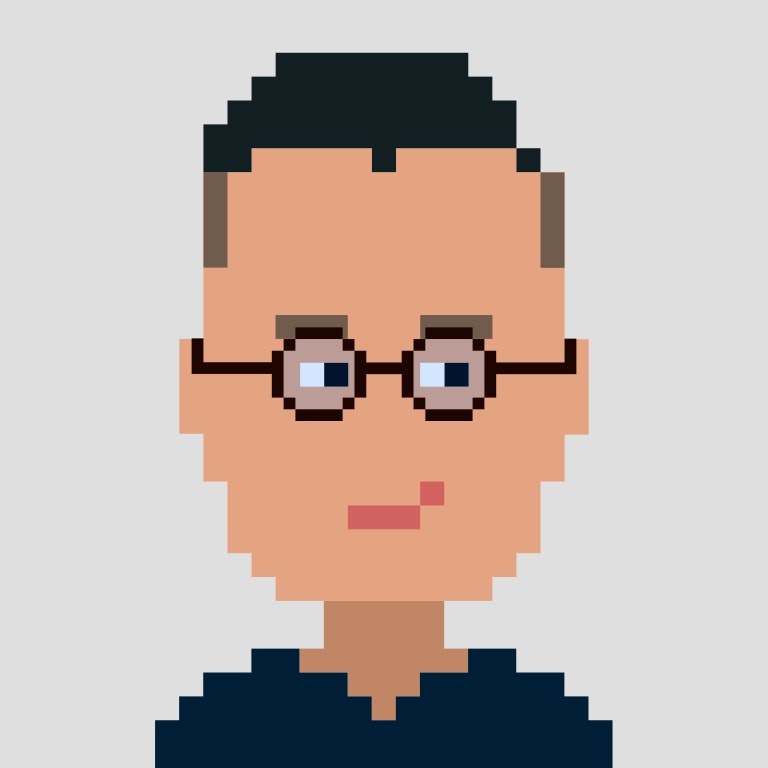 A crypto art project I created and published on OpenSea. The whole process took just three days and was very enjoyable. Now, allow me offer you a detailed introduction.

In the bit world

In the atomic world

Seals with a minimum size of 6*6 mm can be made, buffalo horn and metal are the best materials.

The Hundred Family Surnames, commonly known as Bai Jia Xing, also translated as Hundreds of Chinese Surnames. The work is a rhyming poem in lines of eight characters. The surnames are not listed in order of commonality.

Large Seal script or Great Seal script is a traditional reference to Chinese writing from before the Qin dynasty (i.e. before 221 BCE), and is now popularly understood to refer narrowly to the writing of the Western and early Eastern Zhou dynasties (i.e. 1046–403 BCE), and more broadly to also include the oracle bone script (c.1250–1000 BCE).

Writing style of large seal script which has artistic value and is also used for anti-counterfeiting. Mainly used on the seals of princes, kings, and officials.

In the Shang dynasty seals started being used in the government offices, where they represented authority and power. During the Shang and Zhou dynasties the materials for seal making were mainly animal bone, copper (bronze), and pottery. There were specially trained, sophisticated artisans or craftsmen, including potters who specialized in this work, making seals. Because seals in this period were mainly used in governments and mainly by nobles and officials, the style of seals was very formal and beautiful.

In the Qin dynasty the more regular and formal seal script called small seal script was formalized by Chancellor Li Si and prescribed by the Emperor Qinshihuang, thus the written script of Chinese characters was unified for the first time.

In the Song dynasty scholar-artists flourished and seal making became popular. Since that era, soft stone has been widely used in seal cutting. Some artisans became experts, creating numerous carving styles. Also during this period seals started being used as authentification on paintings and works of calligraphy.

In the Yuan dynasty seal cutting was already a very developed art. In modern times, a work of Chinese painting or calligraphy normally has one or more seals.

Those who have no experience have mixed opinions about Web3, NFT, Metaverse, and CryptoArt… stupid people argue over it, I hate this situation.

No bullsh*t, Just it.