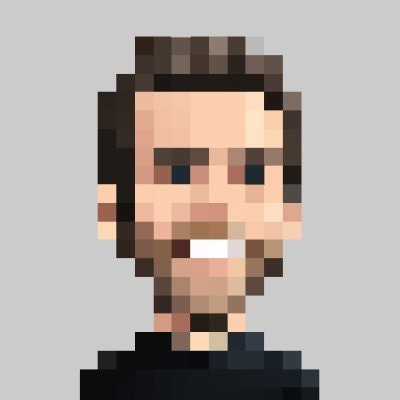 Albert Einstein was an artist before a scientist.

He knew his way around numbers and formulas, of course, but his breakthroughs were a function of creativity rather than knowledge. Einstein’s genius was in asking novel questions, then playing them out in daydreams.

“The greatest challenge to any thinker is stating the problem in a way that will allow a solution.” — Bertrand Russell

In his epiphany Gedanken (thought) experiment, he imagined a lightning bolt striking each end of a train moving past a station.

Both observers would be right and so Einstein realised that simultaneity is relative. Inversely, the one thing that is constant and not relative to anything else must be the speed of light.

E=mc2. That's where he'd land: the idea that energy and mass are interchangeable.

The spacetime that makes up the Universe is composed of both energy and matter, yes, but they are entangled. They are interconnected to a point where anything that moves can be broken down to energy.

As such, the Universe is a thermodynamic system where every thing holds energy capable of doing work.

The arrow of time

The first law of thermodynamics says that energy and mass can neither be created nor destroyed: they can only change from one form to the other.

For example, an ice cube left in the open will melt into water by absorbing heat from the air and cooling that air in the process. Keep heating the water and it will evaporate all over the place as gas.

As the ice cube changes into water and gas, its structure becomes more chaotic. We call this chaos entropy: the measure of disorder in a system.

Now, we can decrease entropy by freezing water back into ice, but this, in turn, takes energy from a freezer. Decreasing entropy in one system (water) always increases entropy in another system (freezer).

The second law of thermodynamics says that, as energy transforms from one form to another, bits of it go to waste.

Wasted energy still exists — as per the first law — but is unavailable to do work: it can't perform processes anymore.

So, as the freezer changes water into ice, some of the energy gets lost in the process as heat (coming out the back). That is, freezer entropy increases more than than water entropy decreases. Ordering one system (water) disorders another (freezer) more and so, net balance, total entropy always increases.

Universal entropy is the price of local structure.

If I turn water into ice and back a thousand times only to end with water again, it's as if nothing happened. The only thing that really changes is the increase of total disorder.

Per implication, entropy is the only true irreversible process in the universe. So much so that Stephen Hawking called it the "arrow of time". The perpetual movement towards more entropy distinguishes past from future.

The dissipation of useful energy as heat is a constant throughout all energy conversions, including all processes that run life on Earth:

The pattern is clear. Always and every time, useful energy decreases and entropy increases.

Increasing entropy has been a constant in the Universe since the big bang. Will it ever end?

Scientists think the Universe will eventually run out of energy capable of doing work. As no more processes can take place, the Universe reaches an equilibrium. Entropy grinds to a halt, as does time. This hypothesis is known as the Heat Death of the Universe.

So far, this is a depressing story.

But there's a twist.

About 4 billion years ago, something strange happened. Somewhere in a tiny galaxy, on a tiny floating rock, abiogenesis happened for the very first time. The tiny rock is Earth and abiogenesis is better known as the origin of life.

We don't know how or why, but out of non-living matter arose living organisms. Over time, single cells evolved into complex species as they adapted to their ecologies. This went on for billions of years, until, two hundred thousand years ago, a great ape by the name of Homo Sapiens began to roam the planet.

With the arrival of humans, the Universe became self-aware. We are both part of the Universe (literally: the atoms we're made of were once forged in collapsing stars) and a way for the Universe to know itself. As we make sense of our selves together in the collective dance of civilisation — making art, meaning and culture — we order things and effectively rebel against entropy.

Biological organisms are an oddity in the Universe because they maintain internal order in constantly changing environments. That is, they defy entropy by virtue of how they manage energy to stay alive.

At all times, the body is working hard to keep itself together. When change comes at us, we don't break down. We deal with it, our internal systems adapt, and we come out stronger. We evolve.

The fight is, of course, futile. All biological bodies eventually give way to entropy —  long before the Universe's heat death has anything to say about it.

But humans are unique in yet another respect: we are aware of these realities. We are aware of both the impossibility and impermanence of our lives.

Grateful for the former and in attempt to defy to latter, we take the fight against entropy to another level: that of the mind, imagination, ideas, symbols, meaning and culture. Here, we can create things that last long after we're gone.

"Man is split in two," wrote the anthropologist Ernest Becker in The Denial Of Death.

We are the only animals that can imagine the future, and so imagine a future in which we are no longer alive.

To deal with its mortality, the mind creates an immortal story about itself: the self. The self tries to defy impermanence by living on forever in the hearts and minds others: culture. And so it tells grand stories, builds empires and self-expresses in art.

Man is split between a limited body destined to die and a limitless mind that can imagine living forever.

“The person is both a physical body and a symbolic self. The body represents determinism and constraint. The self represents freedom of thought, imagination, and the infinity of symbolism." — Ernest Becker

Body and mind split our reality into "IT" and "I" — the objective and the subjective.

In shared experience, they become the things we build together to extend our bodies (inter-objective) and the culture that organically emerges from our interactions (inter-subjective).

Some 50,000 years ago, Homo Sapiens developed the capacity for complex symbolic language, grounded in conceptual thought.

"The world of reality has limits. The world of imagination is boundless." — Jean-Jacques Rousseau

Syncing minds around shared imagination is the mind's triumph over nature's constraints.

Epic stories (religions, ideologies) mass-socialise us around common greater good goals. No other animal can get millions of strangers to work together as tribe. Monkeys can make spears, but you can't make cars and computers without compounding and coordinating ideas from across minds through language.

"That's all a motorcycle is: a system of concepts worked out in steel. There's no part in it, no shape in it, that is not out of someone's mind." — Robert Pirsig

This collective consciousness is a distinct plane of reality: a social sphere that select ideas much like the biosphere selects genes.

Everything that has come since — from stories to religions, morality, art, empires, bank, corporations, phones, bombs, blockchains and spaceships — roots back to the first minds imaging new realities with linguistic legos, then collaboratively made real with others.

“Our intellect does not draw its laws from nature, but imposes its laws upon nature.” — Karl Popper

Beyond our biological bodies, we also create order in the external world. Human civilisation fights entropy on planetary scale.

Long after our bodies wither and die, our contributions ripple on in the hearts and mind of others. Be they the children we raised, the kindnesses we did, the wisdom we shared, the art we made, the businesses we built, the technologies we invented.

In big and small ways, we live on. It's that meaning that makes the shortness and impermanence of life a little more bearable.

“A man is not really dead until the last man who knew him has also died.” — Jorge Luis Borges

In nature, most animals are consumers — including humans: we take more from the biosphere than we add.

Let's apply this lens to the intersubjective sphere.

Each individual is a network of energy. This network consumes not just food, but also mental models from its surrounding informational ecology — visually and audibly: knowledge, education, values, ideas. The memes we pay attention to shape who we are, and each time we express our selves, we add something back.

As humans we are innately creative: producing more than the sum of what we consume.

Where nature can't grow beyond what scarce energy enables, knowledge and art can keep compounding from itself into infinity. Intersubjectively, we can always build on what came before, and create more than we consume.

We can think of civilisation as the intersection of the inter-subjective (culture) and the inter-objective: things and technologies we build in the material world from immaterial ideas.

In that sense, civilisation might not be infinite-sum, but it can expand as far as the laws of physics allow. We keep pushing that limit out in front of us — precisely by materialising the immaterial.

Compounding civilisation is the spirit of Isaac Newton's famous quote:

"If I have seen further than others, it is by standing on the shoulders of giants." — Isaac Newton

If Newton hadn't first read the work of Copernicus, Kepler and Galileo, he wouldn't have known where to start.

Our minds can always pick up where others left off.

Even the simple act of working on yourself — ordering your inner world so to be an inspiration and example for others — is an act of value creation.

“One of the secrets of life is that all that is really worth doing is what we do for others.” — Lewis Carroll

What we know is that, as a species, we're moving forward. We're adding order to our world, and that order is largely good — by whatever metric measured. We've come far in 10,000 years of civilisation and there's no telling how far our horizons will widen in another 10,000.

Even if we deny civilisation's moral arc; the curiosity, creativity and interestingness that come along the dance of collective self-awareness make life feel meaningful.

We're all tied into an interconnected web of action and meaning of which the ripples may reach all kinds of corners in the Universe. We have bodies of mass that move to fuel us with energy. From a first-principle perspective, the purpose of life is to harness that energy to create more than you consume.

Like Einstein: dream up new worlds, act on them creatively, and add order to civilisation in its rebellion against entropy. On whatever scale you are capable of doing so. And, last but not least: to have fun doing it, together with others.

We might win, we'll probably lose and we'll surely perish. But none of that ultimately matters, because it's the attempt itself that helps us overcome our temporary condition.

Humans are flawed. Beautifully flawed in many curious ways. The one thing that differentiates us from any other organisms is that we know of our potential. We are the Universe observing itself to make sense of itself, and the things we create together in that quest may take us places we have yet to imagine.