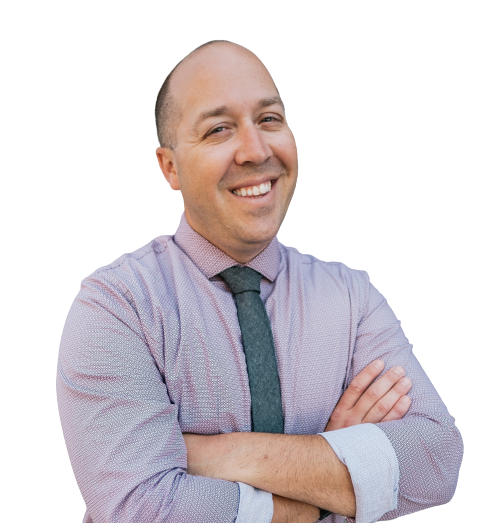 In an ideal world, high-productivity creators are attracted to each other and rewarded appropriately by the market and/or their employer.

As personal experience may tell you, this is not always the case. Inefficiencies abound in the job market today. Not all coworkers do the same amount of work. At some companies, many people can just float by without doing much work, just because of inefficiencies within the company.

I don’t have a solution that will fix work culture in corporate America, but I do have some ideas of how we could better design entrepreneurial culture.

Past efforts to organize people have been disastrous at best and led to other inefficiencies. I’d like to outline my takes on various modes of organization, and then go deeper into what it really means to work together efficiently, and what we’re looking for in projects.

We can crowdsource the management and success of a project by taking away centralized governance mechanisms and giving more of a vote and contribution factor to the members of the group.

Unions Were The First Innovation… Here’s Where They Fell Short

In the beginning, unions were an innovation in the way work was organized, but they lacked decentralized tools to enact.

Workers had almost no power. The best they could do was not show up to work, and forming together into a single organization gave them collective bargaining power. The first union was founded in the late 1700s, and since then, they have expanded in power… significantly.

The question is whether this is a good thing. Is it the endpoint of organized labor, or just a stepping stone that it might be time to move past?

I’m not here to rip on unions. They are built on the insight that as a group, workers have more power than as individuals. This helped them bargain better and get deals they never would have gotten if they weren’t united.

This is them fighting back against a centralized organization.

However, unions became centralized organizations of their own. The protections they have meant that they can bully employers into doing exactly what they want, without recourse. The power balance shifted and this started to hurt the perception of unions.

There are significantly good ideas that humanity has but humanity also ruins them. Greed on either side must be mitigated and instead, find a fair market value of the work.

The Answer Isn’t to Not Be Organized at All

Look at Uber. Now ubiquitous, this supposed innovation was largely founded on charging less by circumventing existing regulations. The workers may have more flexibility (a step forward), but their bargaining power is even lower than if they worked as traditional cab drivers.

Most freelancing has fallen victim to this trap. Being flexible often means being replaceable. You give up traditional employment (and the protections it entails) but enter a market of interchangeability. This is the downside to freelancing and where a lot of future advancements in the space of “work technology” are going to be.

Technology is rearranging the status quo with DAOs, guilds, and other collaborative endeavors that are enabled by remote work and the ability to program governance structures into work.

Unions brought a false allure, but the answer isn’t to avoid any sort of organization. Look at Uber. At least cab drivers used to be able to work together to set prices and policies. Now everyone is splintered off as individuals and this turns them into just another low-paid worker, for a corporation that is collecting high commissions and they have no negotiating power.

That’s why one major trend we’re seeing in the development of these new organizations is to develop the organization with the intent to cede power as solutions mature and adoption occurs. We propose to minimize the size of organizing power; smaller cores, or community-led (like Alcoholics Anonymous).

Democracy for the Win?

All the mechanisms being discussed within DAOs or guilds are based on the idea that voting on management decisions will deliver a higher level of equilibrium.

Where there is a risk, there should be a reward. And startup culture largely avoids this conversation with the strategic use of ping pong tables, expensive getaways, and casual culture. The distribution of equity is key to how decisions are made, and if it’s highly concentrated, you can be sure that the mindshare being drawn upon is concentrated too.

Distributing equity based on the risk of the employee will change how employees move around and how businesses rise (and fall).

More importantly, businesses are able to gather way more information of value this way. If you look at how some of the best DAOs are run, there is a bottom-up ethos that is only possible with a horizontal organizational structure and everyone being invested in the project. You will not see junior workers at Ford get heard and make a change for this exact reason. **
**

As anyone who’s ever worked with anyone else knows, collaboration is a double-edged sword. The benefits of collaboration largely come from the “chemistry” between the group, but also the unseen (and usually undefined) power dynamics that govern how decisions are made.

The best way to add back some irreplaceable value is to start collaborating with others. A winning combination of skill sets in a single person is hard to replace. The same applies to a team of people who can work together to create 1 + 1 = 3 outcomes. That’s when you get the flexibility of freelancing with the security of employment.

We mentioned Alcoholics Anonymous above as a “community-led” example, and we mean it. Businesses may actually start taking cues from charities as a result of all of this

As most blockchain fanatics will tell us, utilizing on-chain, algorithmic governance avoids the common trap of human centralized organization.

I’m serious about DAO governance, and looking for the designs that bring the best ideas to the top.