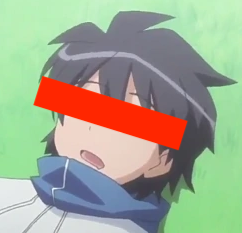 Have you ever wondered why you are able to get 10%+ APY on USDC, USDT, DAI, etc. on platforms like BlockFi? I don’t know about you, but my Christmas money from grandma is only getting 0.10% APY in my normie bank account. In this post we are going to answer that question, highlight issues with existing stablecoins, and show how Beanstalk resolves them.

Demand for dollars on the blockchain is not being met

The stablecoin market is roughly $150B, in a greater crypto market of $2-3T. Stablecoins have clearly found product-market fit in DeFi, being used heavily for trading, lending, and borrowing. These tokens have cemented their place as critical pieces of web3 infrastructure.

But there is a significant supply shortage of dollar stablecoins on the blockchain, and this is evident through the high lending and borrowing costs of existing stablecoins like USDC, USDT, DAI, etc. On markets like Aave and Compound, you’ll find anywhere from 3% to 15%+ interest rates for borrowing stablecoins. On the other side of the market, CeFi platforms like BlockFi give out 8-10% APY to their users for depositing their stablecoins.

These existing stablecoins have what’s known as negative carry—a condition in which the cost of holding an asset exceeds the income earned while holding it. In other words, holding the asset has an inherent opportunity cost. Let’s say you are holding USDC—in practice this generally means one of two things:

In the physical world [1], interest rates on the dollar are effectively zero; less than 0.25%. There aren’t negative carry costs associated with holding USD (apart from inflation, a different matter altogether).

Ok, so the high demand and low supply of stablecoins results in negative carry—why isn’t that demand being met? The short answer is collateral requirements.

USDC, USDT, etc. are backed by collateral that is held by centralized entities that mint their respective tokens. Those entities claim that they hold a dollar in reserves for every one of their tokens in circulation. Why does this structure result in a supply shortage? The macro reason is that there aren’t enough dollars people are willing to lock up to meet demand—basically no one wants to hold dollars in a bank account because it yields close to nothing.

Take USDC as an example—Circle, the issuer of USDC, struggled to attract investors to lock up their dollars, and thus, they attempted to diversify holdings outside of USD to attempt to meet the market demand for USDC (though those plans were reversed after Circle received pushback [2]). Circle's diversification attempt reflects how difficult it is to put hundreds of billions of USD into a bank account. Good luck issuing 300 billion or 500 billion USDC! It's very difficult.

DAI is a decentralized stablecoin, unlike USDC and USDT, but DAI actually suffers from an even worse collateralization problem: it is overcollateralized. Currently, you must deposit $150 worth of ETH in order to mint and borrow 100 DAI. This makes DAI even less capital efficient than the 100% collateral USDC/USDT require.

Collateralized stablecoins, which require locking up so much capital to mint the tokens, are structurally capital inefficient. This significantly limits their potential market capitalizations, which causes the supply shortage of on-chain dollars.

The largest stablecoins by market cap are centralized

Circle and Tether are centralized entities that hold all of the collateral backing their respective tokens, USDC and USDT. Together they both are responsible for around 70% of the stablecoins in circulation.

If you want to read more on the value of decentralization and censorship resistance, I recommend reading this post by Chris Dixon called Why Decentralization Matters. But the TL;DR is that both Circle and Tether have been requested by governments to blacklist certain addresses on multiple occasions [3]. That isn’t how open, permissionless finance is supposed to work!

And as mentioned in the previous section, decentralized stablecoins like DAI [4] cannot meet the growing demand for stablecoins in DeFi. There are about 9 billion DAI. The answer to the question “why isn’t there 100 billion DAI” is simple: you would have to lock up $150B in ETH, about a third of the market cap of ETH. This would be an impossible task.

Beanstalk [5] is the protocol that issues the Bean ERC-20 token: a decentralized, credit-based stablecoin that is working.

Unlike USDC, USDT, etc., Beanstalk is immune to oversight and regulation from central banks and centralized stablecoin issuers. Its price oracle, governance token issuance schedule, and DAO are censorship resistant. There was no pre-mine, pre-launch, or team allocation. In order to censor Beanstalk, Circle would have to blacklist the USDC/ETH Uniswap pool, effectively destroying the value proposition of USDC—and Beanstalk could simply use a different stablecoin liquidity pool as an oracle the following day.

Decentralization means that anyone with an internet connection can participate. This should be a core feature of any stablecoin.

Beanstalk is able to maintain its dollar peg with no capital lockup via its decentralized credit facility known as the Field.

When the price of Bean goes below a dollar, the interest rate for lending your Beans to the protocol increases (known as sowing Beans), and in the process those Beans are burned and the protocol takes on debt (known as Pods). When the price goes above a dollar, the protocol mints new Beans to increase supply and decrease the price. Half of those Beans are allocated to holders of the governance token known as Stalk, and the other half is allocated to the lenders, who are paid out in First-In-First-Out order according to when they sowed their Beans. There are about 40M Beans thus far, and all of these were minted according to these supply/demand economics, apart from the first 100 Beans minted during the first deployment of the smart contract.

Because Beanstalk doesn't have to back Beans with collateral, it can flexibly and reliably expand to meet demand.

People in DeFi have been burned in the past by failed attempts at algorithmic, uncollateralized stablecoins like Empty Set Dollar, Dynamic Set Dollar, and Basis Cash [6]. The price of each of these stablecoins went into free fall with respect to their dollar pegs within a a couple months of launch. The Bean token has returned to its $1 peg over 2,300 times in its ~5 months of existence and paid off $22M of its debt. And it continues to return to its peg more and more frequently.

What all this means

Beanstalk's capital efficient, credit-based mechanism results in positive carry for Beans. You want to lock up your Beans. You can earn a high-yield interest rate on your Beans by depositing them into a protocol-native mechanism known as the Silo, and you can withdraw them at any time with a short lockup period. You can think about the Silo as a high-yield USD bank account—and you receive new Beans that are minted when the price of Bean goes above the peg.

Stablecoin utility is a function of 1) censorship resistance, 2) liquidity, and 3) stability. Beanstalk has all 3 and each will increase with time. Beanstalk—

There's a blossoming community forming around Beanstalk as well. Audits were recently funded, integrations with other DeFi protocols to drive demand are in the works, and soon the yield-generating governance token (known as Stalk) will be liquid and tradeable.

The use cases for a positive carry, decentralized stablecoin in DeFi are potentially limitless. In a world where Beanstalk continues to chug along, anyone with an internet connection will have access to a high-yield USD bank account.

[1] Meatspace, or whatever else you prefer to call it.

[3] Just a handful of examples of centralization manifesting in what should be a decentralized ecosystem:

[4] There are reasons that some no longer consider DAI decentralized, but that’s for another day.

[6] Beanstalk vs. Other Stablecoins: https://beanmerchant.substack.com/p/beanstalk-vs-every-other-stablcoin

Other Resources on Beanstalk