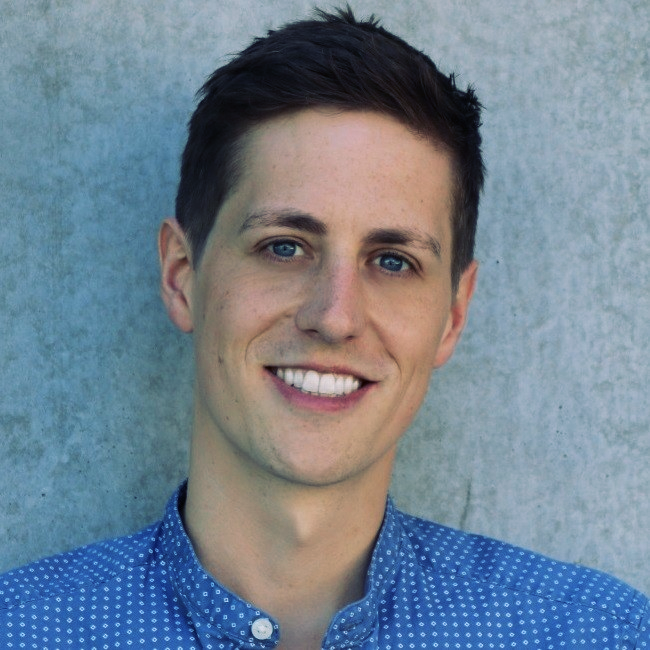 In my first post I described why I think that climate change is a coordination problem and that crypto can be the foundational technology to solve it. Most of the current crypto projects focus on carbon credits and carbon markets. In this post I want to describe why the current carbon markets are complex and inefficient. The understanding allows us to build more efficient markets and make predictions about how the market evolves and what role crypto can play.

The voluntary carbon market (VCM) for offsets is exploding and in 2021 the market grew 190% year over year to 368 Million tonnes CO2 equivalent (CO2e) issued and 161 Million tonnes retired reaching almost one Billion Dollar. The growing gap between issued carbon credits and retired carbon credits already hints at a first problem since only retired carbon actually makes a difference. The resulting average price of less than six dollar per tCO2e is worrying since the social cost of carbon are probably several magnitudes higher and are estimated between 300$ today and up to 13.000$ in 2050.

So far, this market is dominated by a few dozens to hundred project developers creating and selling cheap, low quality and mostly ineffective carbon credits due to adverse selection. Consumers, employees and shareholders demand more climate action from companies and drive them to issue net zero claims. These net zero claims do not follow any standards and oftentimes there is no concrete plan behind the claims to actually reach net-zero. Because they can’t immediately eliminate all of their emissions, companies buy carbon credits to offset their carbon balance sheet. Brokers promise to help finding high quality credits but this fragmented approach does not allow for price transparency and deep liquidity. On the issuer side, Verra is the market leader and currently 70% of all credits issued follow their standards which are often criticised for setting the bar too low albeit their process being so cumbersome that so far only 1.500 projects made it through the process. On all three sides, the supplier, the buyer and the validator side, these inefficiencies are not necessarily caused by profit-seeking intentions. The carbon market is extremely complex and big corporations set up whole teams to find high quality credits that align with their own values and develop their own criteria.

A comprehensive framework for carbon credits

The Oxford Principles for Net Zero Aligned Carbon Offsetting provide a concise and actionable framework how to approach the offsetting from a buyers standpoint differentiating between carbon removal and carbon reduction as well as if and how long carbon is stored. The guide is summarized in these four steps:

An alternative framework created to evaluate forest carbon credit sources comes from NCX, a marketplace that pays foresters to delay their harvest by one year and issues credits accordingly.

Taken together, these two frameworks already touch on the first six dimensions of complexity namely:

Measuring CO2e levels in the atmosphere is a poor but relatively easy to measure proxy for planetary health. Environmental, economic and social co-benefits of carbon credits can be up to 650$ and two magnitudes higher than the price of the carbon credit. For example, protecting the biodiversity of a rainforest that is in immediate danger of deforestation can have high external benefits. However, there are also solutions like hydro power plants and dams that can reduce GHG but have negative external costs.

Helping nascent solutions like direct air capture to get to market, gain initial traction and drive down costs is further necessary. Buying expensive offsets early from these companies can therefore bring co-benefits as well.

Now, let’s go one step deeper and dig into two in more detail: additionality and permanence.

To evaluate a carbon credit in terms of additionality a baseline has to be established, impact has to be measured, changing policies have to be accounted for, double counting has to be avoided and perverse incentives eliminated.

To set the baseline one has to understand the current optimal strategy of the stakeholders if no carbon credits are issued. For example how long a forester currently lets trees grow before he cuts them down and plants anew. NCX models the optimal decision for each forester individually and only issues credits for forest management strategies that let trees grow beyond their optimal age to make sure that the forester is not rewarded for their normal behaviour. Another important aspect in these cases is leakage: Does another forest cut more trees in the same year as a result? Or does a house builder use alternative materials that may even cause more emissions as a result of increasing prices for wood?

It becomes even more complex when the carbon sequestering strategy is the economically superior solution even without carbon credits but is not adopted due to ignorance, risk-averseness or lack of capital. If a farmer wants to adopt regenerative methods to reduce her dependency of nitrogen with its skyrocketing prices and thereby reduce her carbon footprint she usually has to forgo margins for a few years before earning it back. If a company wants to use LEDs or their own renewable energies it needs to invest more money upfront. The required time for a stakeholder to return the investment (ROI) is highly dependent on the business context.

It is obvious that a lot of energy efficiency measures will be implemented over the next few years no matter if there is an additional carbon credit incentive or not even without considering policies. To bring these measures forward in time is important but it is incorrect to account 100% of the benefit as additional. We should therefore look at additionality as a slider and in probabilities rather than binary. Energy efficiency measures specifically should be excluded from the voluntary carbon market just like on-grid renewable energies have been excluded in 2019 by Verra and others after becoming cheaper than fossil fuels in most applications.

Natural ecosystems are as complex as it gets. Regenerative farming is key to reducing GHG emissions in agriculture. But how much carbon is sequestered by one measure or the combinations of several measures is very hard and costly to measure and track over time accurately since scientific models are in their early stages and current methods of verification often require many manual probes from the ground.

Carbon credits must only be rewarded for projects that are not mandatory by law to be regarded as additional. Double counting does not have to be intentional but can be the result of lack of transparency and knowledge. It most often happens when a local government claims the offset that has already been claimed by an international buyer but it can also happen because several parties along the supply chain claim the same credit.

Comparisons to the BAU scenarios require counterfactual thinking by design. But this design can lead to stakeholders emitting more carbon than they usually would just to be rewarded for decreasing their emissions back to the BAU afterwards. In these cases suppliers are being paid to net increase their emissions temporarily. Counterfactuals can lead to the loss of public trust and the decay of carbon markets and have to be avoided even if some beneficial actions can no longer be rewarded.

If you are reading until here, you are probably ready to fall deeper into the rabbit hole. Lucky you - it never stops.

There are several aspects that bring extra complexity when adding the time dimension: Natural absorption, the storage duration as well as the chosen time horizon and discount rate.

Greenhouse gases are naturally being absorbed by the land and the sea over decades to millennia. CO2 released in the atmosphere is being absorbed by the land and sea naturally over thousands of years while 50% is already absorbed in the first 25 years. Other greenhouse gases are not staying as long in the atmosphere. The warming effect of the much more potent GHG methane is mostly gone after a few decades. Although our planet does a great job at absorbing our excess carbon, it can not deal with the current amount of emissions hence there is a limited remaining carbon budget. A known unknown is how damaging this natural absorption is to the environment. Increasing ocean acidification is a clear symptom of the overload we put on the oceans.

Carbon storage can be short or long term as well as permanent. An example for short term one year carbon storage is the delay of cutting a forest like mentioned above. Longer term solutions could be regenerative farming methods that store carbon for decades in the soil before releasing it again to the atmosphere. Permanence is often considered as storing carbon for 100 years e.g. by setting up contracts not to cut down a part of the Brazilian rainforest for this time frame. Truly permanent solutions usually include new technological methods like direct air capture and the mineralization of carbon into solid objects.

Both short and long term solutions are needed to balance the carbon budget over the next decades. So it is important to build frameworks to allow a comparison between these solutions.

As shown above, CO2 stays in the atmosphere for millenia. But it is unreasonable to make contracts for millenia to store carbon since there is too much uncertainty. A family that owns a forest has a hard time to close a contract on how to manage their forest over generations to come. And since we expect and rely on technological progress, we should not limit ourselves to the known technologies and strategies of today.

That’s why smart people came up with the concept of ton years that allows the comparison between long and short term solutions and enables market participants to calculate the equivalence of different solutions. In this way the benefit of a larger amount of carbon stored for a shorter time can be equivalent to a smaller amount of carbon stored for a longer time. Carbonplan created a very useful calculator that visualises the influences of different assumptions well.

Lastly, every longer term economic decision has to account for the effect that money today is more valuable than money tomorrow by applying a discount rate. Using a discount rate in carbon storage is controversial because it values the wellbeing of future generations less. But I would argue it is useful and necessary since our progress today will help future generations to master their challenges in turn. Discount rates vary widely. In a corporate context a discount rate of 7-9% is the norm since equity is expensive and opportunity costs are high. In the context of climate change it further has to be considered that the damage over time is increasing exponentially. A peer reviewed paper therefore came to the conclusion that the “net” discount rate should be 3.3% after accounting for the increasing damage over time.

Because of all of these complexities carbon credits today are not fungible, markets are not transparent and illiquid, processes are heavy, hurdles are high and in some cases only 20% of the income goes to the project itself since middlemen like project developers, auditers, brokers, standardisation bodies and others take the majority of the carbon cake.

It can seem unfathomable to come up with frameworks that account for these complexities and make sure that we establish good standards for carbon credits. It is necessary though and offers great opportunities to truly have a positive impact. Fortunately, there are many brilliant people working on solutions that help to create and trade high quality offsets efficiently. In my next post I am making some predictions on how carbon markets will evolve with the help of web3.

I appreciate any feedback on parts that are not yet clear to you or missing pieces to have a more complete picture. Please get in touch with me and I’m happy to update the post.