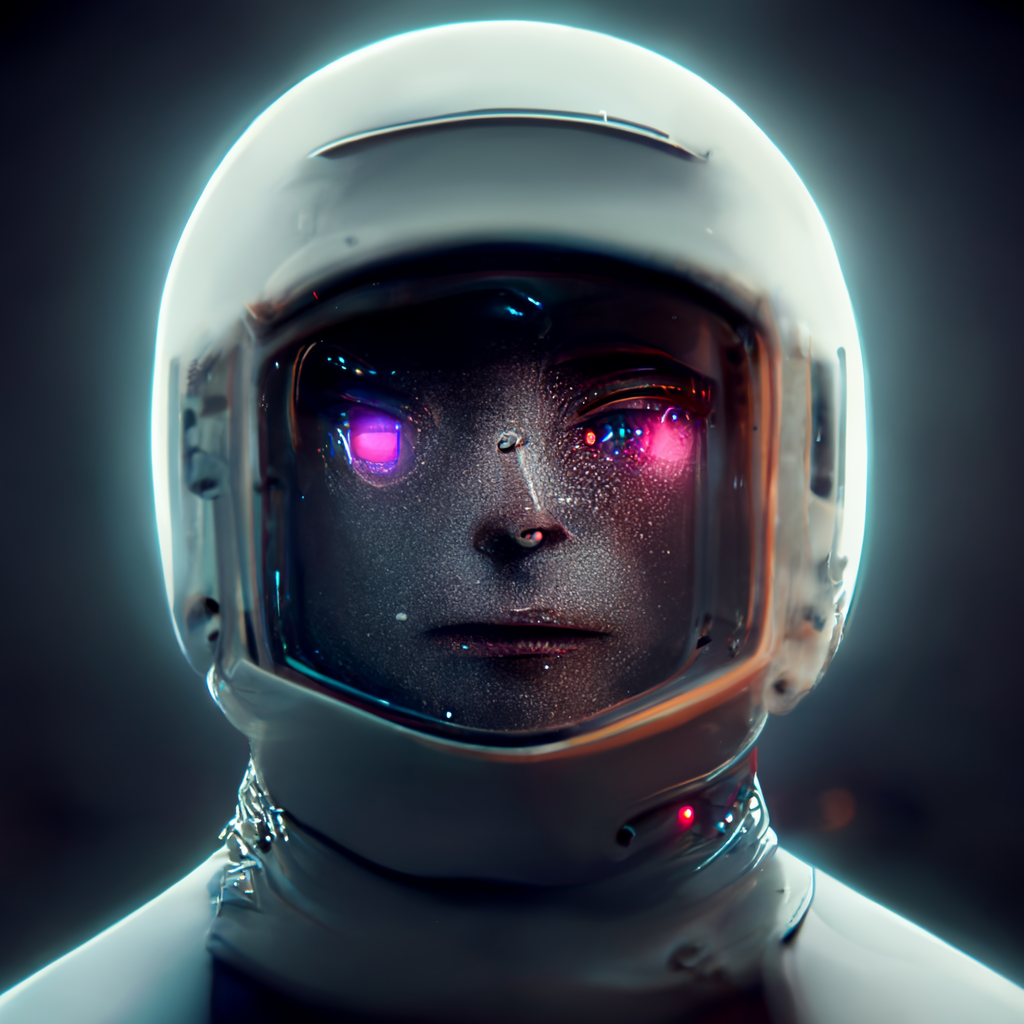 Author introduction: Changbin, senior technical director of a global blockchain company, has more than ten years of R&D development experience, and has accumulated more than 5 years of blockchain engineering experience. The consensus protocols that he personally implemented include POW, POS, POS+BFT, Tendermint, etc. His main interest areas include high-performance public chains, blockchain big data, and decentralized application platforms. Most of the content in this article is compiled from the sixth Office Hour of CFG Labs. For those interested, you can watch the sixth office hour of CFG Labs@0x_Atom Scalability method for high-performance public chain (Monolithic chains) via the links below: https://www.youtube.com/watch?v=BBsrFZFkNBg
Reminder: The content insights and perceptions of this article are partly derived from the research of the speaker's organization, which only represents the speaker's own views, not the views of cfg labs and the speaker's organization, nor any investment advice, DYOR. The content of this article comes from the video transcription and compilation. After the first release, the speaker found that many information was distorted and made comments. In the spirit of seeking truth from facts, this article is republished after proofreading by invited speakers. Interested community members are welcome to join our community to communicate.

The opinions and insights of this office hour are the joint research of many students from the current organization @stars_labs, no financial advice, DYOR.

The first is the model, this is the blockchain model for Ethereum, and other public chain frameworks are similar to this.
The first step, proposer of the block, proposes a block, and is responsible for packaging, which involves two parts, 1) the order of the transaction and 2) the result of the execution of the transaction. The traditional Ethereum model proposes POW miner (miner) to package the transaction and combine several Hundreds of transactions, how many transactions, each transaction will be executed once. The state of the Ethereum world is essentially a state tree. The content of the state tree changes according to the content of the transaction, and finally the root of the Merkle tree is generated.The second step is to broadcast the block together with the block header or block body. There are different methods for broadcasting. For example, the entire block can be broadcast, but the efficiency may be relatively slow. The block header can also be broadcast, which includes the block hash, which can identify the uniqueness of the block, and some blockchains use a compromise between the two. Finally, block transactions must be broadcast.
The third step, consensus, also involves two parts, because other nodes need to verify that your ledger is correct before consensus, and to verify whether there are double-spending transactions, malicious transactions, and wrong transactions. If it is the BFT consensus, it involves two more rounds of voting with more than 2/3 votes including pre-voting and commit voting. In this process, you find that the first and third steps are both executed. The same transaction is executed multiple times on multiple nodes, which brings a lot of room for optimization.
The fourth step is to write to the blockchain. If it is POW, the verification of the nonce and the root of the hash state number after the transaction is executed are also legal, and finally written to the local database (ledger).
In such a model, there are a few things that can be optimized. After the block proposed, the broadcast content can be optimized, and the block hash is used to replace the complete block. Algorand is the first to do this. Solana also adopts a similar Turbine broadcast method to make the broadcast of blocks and transactions faster.

I think the blockchain has to solve the limitations of the physical environment through three ways: computing, bandwidth, and storage before mass adoption.

The first layer is the computational bottleneck. If we observe the CPU consumption of blockchain programs, we will find that the verification/signature process consumes more CPU, because the calculation of elliptic curves is CPU-intensive. We have done tests and it takes about 30% of the CPU. That is to say, the number of transaction signatures verified by the home computer in one second is limited, for example, several thousand/10,000 transactions, or a little higher.
Optimization method: It can be optimized through the progress of cryptography itself, customized hardware, hardware acceleration, etc.

When you break through the computational bottleneck, you need to send out blocks and broadcast the state to other nodes, which will bring about time problems. For example, the propagation of a 1MB block on the Bitcoin network requires the average time of 6-12s. Therefore, if the blockchain is built on civilian bandwidth (without dedicated lines), assuming we use the classic way of broadcasting blocks, the performance that can be achieved is limited. Here if we calculate, assuming that the civilian bandwidth we use is the median of 50Mb-100Mb, and calculate the size of each transaction, we know that the TPS is in the thousands. Nowadays, many high-performance blockchains do not use civilian bandwidth, but use high-speed direct connections between IDCs. If there are multiple data centers, there are also dedicated lines for intercommunication.
If you have never deployed a blockchain, you would see a blockchain as an ideal state, but it is not. Generally, many POS blockchains have low liveness, and if you are not careful, the entire network will terminate. But this is off topic.
Optimization method: Use block hash instead of full block, or use organized broadcast method instead of full gossip.

The third bottleneck is the storage bottleneck, because you have done all the optimizations, including thousands of TPS, tens of thousands of TPS, and finally all your data will fall on the disk, bringing storage pressure. At the same time, the hardware performance of disk is much worse than that of CPU and memory. So you will find that in the gas consumption table of Ethereum, the sload/sstore instruction, the call instruction to the storage, consumes a lot of gas. He needs to be controlled in this way, or protected from DDOS attacks, otherwise when a transaction comes up, I desperately call storage, which may stop the entire chain.
Blockchain data consists of several types:

The above is the problem of the environment. So, if we see who has proposed tens of thousands, hundreds of thousands of TPS, we need to see what the test environment is like.

There are more roles in the design of Flow. For example, the collector, the transaction is received, the collector can do pre-verification. In Ethereum, the easiest way is to verify its signature. Of course, this will consume a lot of performance. At the same time, you can do some basic verification, such as when transferring money, you can verify whether the balance is enough. So these basic contents can be checked. Collector will then send a batch of transactions to Consensus for consensus, execution, and then get the result, which we will call Receipt. This execution does not mean verification. Execution means that you have a result, and you use this result to verify whether your execution is correct. So there is an additional role for the verifier. In the second part, it is also mentioned that the entire consensus process is made into a pipeline. It is not necessary to wait for a block to complete the consensus. After the verification is performed, the next block can be made. You can do two blocks at the same time. It can be delayed, which is what Flow does.

Let's take a look at Solana's approach. Solana is a different project. The global clock is not a new thing in the computer, but it is the first time that the global clock is implemented through a way of calculating hashes, and it is the first time that it is used on the blockchain, which is conducive to the ordering of transactions. The turbo mechanism is also used, which essentially solves the performance bottleneck problem during the network broadcast process by passing blocks through this special transmission mechanism. Guild Steam is the same. When each node knows when to produce blocks in the next stage, and what content should be included in the block, I don’t need to do P2P broadcasting like Ethereum, and I don’t need to do so many transaction comparisons. .
But there are also some problems here. For example, Solana has introduced a lot of parallel execution. The premise of parallel execution is that your transactions, the read and write sets, and the modified content don’t conflict. Only content that does not conflict can be put on the GPU for execution. For example, the GPU has 4096 cores, but here comes the problem. If you are making cash withdrawals on Binance, there may only be one or a few main hot wallet accounts on Binance, so everyone's accounts will be blocked here.
When some well-known NFT projects Mint, the situation is the same. Because all are rushing to the same NFT project, it will involve the problem of input/output data in the NFT project itself, and it is impossible to enter the transaction into so many cores of 4096. It can only be executed on one core. Suppose there are too many transactions, which will cause your leader to collapse and need to be re-chaotic. Because the rules must be formulated, in order to optimize performance and reduce redundancy, the next step is to skip the lead and re-execute the transaction. So basically The premise that multiple transactions can be executed in parallel is that transactions do not have the same set of input and output.

Sui is innovative, Narwhal & Tusk. Narwhal is the protocol of Mempool, and Tusk is the consensus protocol, which connects the Mempool pool and the consensus itself for optimization, which is also the future direction for blockchain optimization. In essence, in the process of packaging or consensus, you need to organize these transactions reasonably and ingeniously, so that these transactions appear appropriately on some of these producers that should appear, preferably here The loss of messages is at least O(1), or O(nlogn), in this way, the overhead of network messages is minimized and the speed of transaction finalization is accelerated.
https://arxiv.org/pdf/2105.11827.pdf This article has won the best academic paper of EuroSys 2022, the top academic conference. Its main contributions include the DAG structure to organize the mempool, and used this Tusk to transform based on the Narwhal-HotStuff consensus. When you make a consensus algorithm, you need to consider the applicable environment of the Consortium Blockchain and the public chain. In the Consortium Blockchain, there will be no malicious nodes that propose illegal blocks, but a public chain is permitted, so it needs to be considered.

The core of the DAG is:

The seventh Office Hour of CFG Labs will be held at 9:00 pm on August 17th. Please scan the code to join the group if you are interested.