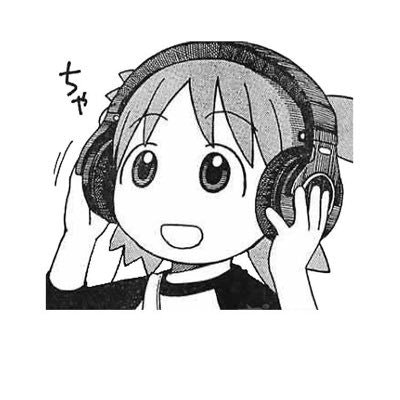 Gaming is now one of the fastest growing verticals in crypto. Powered by a permissionless, global financial system, blockchains help both unlock new gaming primitives and activate latent demand for existing ones. Compared to the analog route, going crypto native lends itself to a better gaming experience for players and a better development experience for game studios.

The crypto economy shares economic mechanisms, digital assets, and user coordination models with in-game economies of traditional MMOs (massive multiplayer online games). A native integration between these two economies unlocks more equitable distribution models for players, aligns incentives for players and developers, and introduces the concept of true ownership of assets and progression. Similar to how innovations in mobile spawned a $95 billion dollar mobile gaming industry and democratized access to gamers worldwide, the infrastructure and composability standards that universal, permissionless blockchains bring will usher in the next generation of gaming.

“Shadow Markets” and the Open Economy

“Play-to-earn” is not a new concept. In the traditional gaming world, “play-to-earn” economic models have always existed in traditional MMOs through third-party marketplaces where users could sell or trade in-game items using Bitcoin or Paypal. Whales in these games would frequent OTC, peer-to-peer marketplaces to exchange in-game equipment and currencies for cryptocurrencies or cash. These third-party gaming “shadow marketplaces” have found traction since launching at the peak of MMO euphoria, spawning the gold farming industry, with third party marketplaces like PlayerAuctions reaching more than 500,000 users and 30 million auctions.

Crypto introduces new rails for this shadow economy. The interoperability and composability inherent in decentralized systems allows developers to vertically integrate these marketplaces into existing games and their larger ecosystem. This effectively transforms a previously gray-market third-party service into a natively supported feature.

Vertical integration of marketplaces provides average players the native functionality to trustlessly exit in-game assets to cryptoassets or fiat, removing the inherent counterparty risk that exists when transacting on peer-to-peer sites and allowing players to participate in a comprehensive in-game economy. Natively supported OTC peer-to-peer trading and community markets provide players that were previously edged out by whales the ability to participate in the ecosystem. Participants can provide liquidity, capturing fees from players entering and exiting the ecosystem, as well as exchange gaming assets and currencies trustlessly, improving market efficiency. An example of this is Blankos Block Party’s peer-to-peer Mythical Marketplace, which introduces transparent pricing models, native USD/ETH integrations, and cross-chain on ramps and off ramps for digital assets.

Streamlining previously fragmented “shadow” markets and integrating them into the native gaming economy also encourages the tail-end of players to participate by eliminating the information asymmetry between average players and whales. Consider an example where two players find an extremely rare piece of equipment. The experienced player instantly recognizes its value and potential to be exchanged for large sums in cryptocurrencies or fiat, while the newer player is not cognizant of its value outside the game and may trade it for less than its true worth (solely in in-game currencies and assets). Transparent markets for in-game assets and currencies accrued through gameplay allow for more equitable and efficient markets. Previously, only gold farmers or whales would be able to utilize and participate in these primitive versions of play to earn economies. Due to the reputation they’ve built and their ability to operate under economies of scale, whales and gold farmers have frequently monopolized these trust-based OTC markets as middlemen and sellers.

Integrations with outer layers of the economy (Fig. 1) also introduces composability to a player’s in-game assets. Representing in-game assets and native in-game currencies as protocol token standards allows compatibility with digital marketplaces as well as interoperability with the underlying cryptosystem. This effectively restructures ownership models of assets in favor of players. Progression can no longer be considered  “time wasted” - players can now both enjoy the time spent playing the game while reaping a monetary reward for their effort. Players looking to move on to other games are no longer subject to platform-lock in, where the in-game assets they spent countless hours obtaining are locked in a specific game or developer ecosystem. While closed ecosystems may be beneficial when developers are benevolent towards their player base, historically this relationship trends towards value extraction as adoption increases. Novel ownership models and integrations to an open, community controlled ecosystem ensures incentives are aligned between developers and their player base, and encourages developers to integrate player-friendly mechanism design. In his essay Why Decentralization Matters, Chris Dixon crystallizes the value of building on public cryptonetworks - “participants can exit either by leaving the network and selling their coins, or in the extreme case by forking the protocol.” Infrastructure and gaming assets built on neutral underlying networks empower players by giving the gaming community the ability to fork or exit as a last resort.

The Open Economy and Player Behavior

Open economies in gaming have cascading effects on player behavior. Typically, we see the segmentation of the playerbase into two categories:

Both types of players have different motivations, goals, and gameplay contributions. In gaming, the active player is generally young, time-rich, and resource poor, resulting in a focus on core gameplay, and accumulating resources through natural progression. The passive player, on the other hand, typically skews older, with responsibilities that result in them being resource-rich, and time poor. They typically focus more on the economic aspect of the game, spending more of their gameplay involved in the native economy, and accumulating resources through purchasing and selling in-game assets. In the crypto world, an analogy for an active player would be a wallet whose activity spans across multiple ecosystems and protocols, actively managing their assets and participating in new NFT mints and experimental DeFi protocols while a passive player tends towards more passive yield generating strategies, such as providing liquidity or participating in lending and staking protocols. An example of a game leveraging these unique behaviors is Raid Party, a newly-released MMORPG designed around idle gameplay, with rewards and incentives for active participation, leveraging crypto-native tokenomics and mechanism design to gamify yield, resulting in a better gaming experience for both types of players.

These behavior structures are not mutually exclusive. Players who have typically focused around core gameplay have sometimes discovered that they’re better suited to a more market-oriented approach, and there’s often significant overlap between both categories of players. Both categories of players have historically organized themselves into “guilds”, the earliest version of digitally native organizations focused around a specific purpose; bosses, raids, and dungeons for core gameplay guilds or markets for economy guilds (early versions of “alpha groups”). An example of this unique intersection between economy and active player behavior is YGG (Yield Guild Games), a play-to-earn gaming guild. The guild purchases NFT assets which it then lends to players to participate in games with in exchange for a percentage of profits earned. Democratized access to gaming economies for players allow both categories of players to better organize themselves under these economic-based behaviors, unlocking community and collaboration primitives for players in this new paradigm.

While representing in-game assets as NFTs can unlock powerful primitives and restructure ownership models, the full potential of composability - a key feature of decentralized cryptosystems - has yet to be seen in gaming. In traditional game development, studios typically build in a closed ecosystem, with unique rendering engines, environments, and proprietary assets. Unity and Unreal Engine are two common software frameworks commonly used as a standard in game development. However, games created under these two frameworks do not necessarily have shared standards, and typically exist in silos due to intellectual property law and implementation differences among development studios. This prevents truly native interoperability, and delegates any cross-game or community-built integrations to third party developers - typically modding communities - which frequently require players to download unauthorized software packages which may contain trojans or viruses.

A significant improvement in web3 gaming infrastructure would be the creation of a blockchain specific physics engine and a corresponding standardized system outlining a unified development framework for blockchain-specific games, similar to Ethereum Improvement Proposals (EIPs) which outline standards for development in the Ethereum ecosystem and introduce interoperability through implementation standards. The progress made in decentralized finance has been attributed to this introduction of standardized, interoperable assets, allowing developers to incorporate tokenized assets from other protocols and allowing smart contracts to operate as building blocks composing larger, more complex systems. Similarly, standardizing a framework for blockchain gaming assets unlocks interoperability and composability among all games designed under this development framework, allowing developers to easily incorporate in-game assets from other games as well as build upon systems and mechanisms from other developers and protocols. Briq, an experimental protocol in the Starknet ecosystem, is exploring composability by abstracting NFT composition to fundamental building blocks called briqs which can then be disassembled, reassembled, and integrated by any developer using this standard. Valve, despite being a centralized entity, was prescient as a gaming marketplace by introducing a natively supported cross-game exchange which allowed in-game assets from any Steam title to be traded on its platform. The future of these integrated marketplaces and platforms will not be isolated to a single game, developer platform, or even chain. The “Grand Exchange” of blockchain gaming will be a cross-chain and interoperable NFT marketplace, allowing all gaming assets and currencies to be traded natively across games, protocols, and platforms. An example of an early proof of concept in the Web3 space is Fractal, a peer-to-peer gaming marketplace currently supporting Solana-based games.

Standardized protocol building blocks, affably known as “money legos”, have been the main narrative contributing to the rise of decentralized finance. As existing blockchain infrastructure matures and the gaming industry expands into the decentralized world, it’s time to introduce a new paradigm: “gaming legos”. Blockchain integrations for gaming also produces mutually beneficial primitives for both developers and players; credibly neutral underlying protocols and thoughtful mechanism design can align incentives for both parties, providing developers with composable standards and easy plug-and-play integrations, while at the same time providing players with net new ownership models and economic access. Similar to how platforms like Robinhood democratized retail investing, leading to historical highs for retail participation in equity markets, crypto gaming has the potential to onboard the next 100 million users to crypto. The compounding effects of allowing average players to participate in the broader cryptoeconomy - and assigning tangible value to their achievements and progress within the game - cannot be understated.

Player experiences can also be enhanced by designing incentive structures and game mechanisms around the player behavior models that we identified above. Future articles in our gaming series will explore interoperability and composability in blockchain gaming, as well as dive deep on design concepts for tokenomics and game mechanisms. If you’re a gaming founder, player, or enthusiast and would like to share your feedback or chat about any of the concepts touched upon in this article, please reach out at alec@volt.capital! You can also find me on twitter @0xAlec.

Special thanks to Linda Xie, Arjun Balaji, Will Robinson, and Colleen Sullivan for their feedback and insight!

Disclaimer: The opinions expressed in this article are for informational purposes only, you should not construe any such information or other material as legal, tax, investment, financial, or other advice. Nothing contained on our site constitutes a solicitation, recommendation, endorsement, or offer by Volt Capital or any third party service provider to buy or sell any securities or other financial instruments in this or in any other jurisdiction. All content on this site is information of a general nature and does not address the circumstances of any particular individual or entity. The personal views expressed here do not necessarily reflect the official policy or position of organizations or employers listed above.