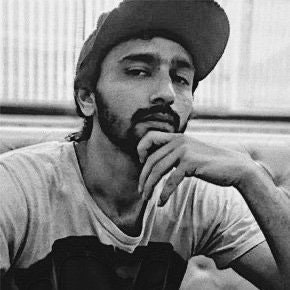 A regular night-out turned out to be not so regular after all.

It was like any other Friday — a good ol’ VR night in with the boys.

As expected, we bumped into friends and friends of friends through the night. While almost everyone we met was cool and friendly, there was a married couple in particular that were a bit too cool — a bit too friendly.

We met them quite early into the night and they continued to party with us everywhere we went. Virtual drinks continued to flow and so did our conversations.

What was thought to be light hearted flirting at first, suddenly turned a bit questionable especially when her husband was nowhere to be seen.

Out of nowhere — she asked me if I would have sex with her, and her husband.

“What the fuck!?”, I replied. I panicked as I realized my friends were not around either. She quickly put her virtual hand on mine and tried to calm me down. She told me that this was completely normal, and I should relax.

She told me her husband is very open-minded and sometimes even enjoys watching her have sex with other men - virtually and in real life.

“What the fuck!?”, I replied again and just as the coward in me kicked in, I instantly pulled my hand away from hers. Not only did I deny her offer, I said “Sorry” and immediately walked away.

I found my friends in the other corner of the virtual bar and told them what had happened but as expected, none of them believed me. They assumed I was being my usual silly self.

I felt weird, also because I was kind of scared too. The virtual alcohol clearly wasn’t helping either, so I decided to leave in the hope of exiting the state of unexplainable worry that I had found myself in.

As I got to the parking lot, her husband appeared from nowhere and asked me why I was leaving. I told him that I was tired and wanted to take a break from the Metaverse, but he didn’t care to listen and instead told me to stop panicking and that he “knows”.

He spoke to me about their ‘open relationship’ and explained how it all works.

He assured me that I had nothing to worry about, plus the fact that they always practice safe sex. At first a tad surprised, I was quite impressed to know that people wear protection in the Metaverse too. I mean, how in the world does that work?

If the offer of having sex with his wife while he watches wasn’t absurd enough, to have to advertise a virtual bathroom cleaner in exchange for it was just bizarre.

I couldn’t help myself but wonder how any of this had anything to do with a bathroom cleaner, and a virtual one at that. To tell you the truth, the advertiser in me was rather intrigued.

However, I declined their offer and left because I am a person with high moral standards and strong willpower.

If you enjoy Jay’s words, be sure to also check out his art.

Jay Mavani (aka jaymavs) is a Mumbai based crypto visual-artist, photographer & storyteller. He’s known to express his passion for problem-solving, creativity, philosophy and humour by playing with various canvases.