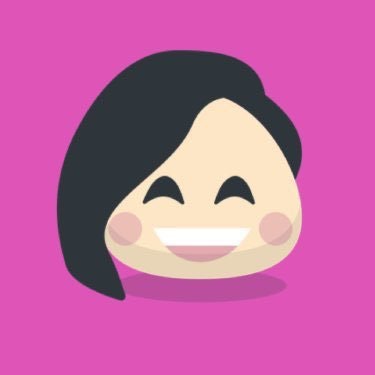 Yesterday morning, I was bright-eyed bushy-tailed; and prepared with a list of topics that I wanted to discuss for my weekly 1:1 with my manager. As I hopped on and landed on the waiting screen, I saw my manager and Devin on the call. I knew something was up but I joined with a smile. My smile immediately fell flat within seconds as I saw the distressed look on Devin’s face. I knew he was going to deliver some hard news to me and he did.

I became one of the 20% who was let go. After the news, I was utterly dumbfounded and numbed, but I took the news lightly as I understood they had to do what was important for the business and the state of the market. An hour later, I received the most thoughtful message from Alex and I burst into extreme tears; and memories of my time at OpenSea flashed before my eyes.

Waves of emotions filled my mind and my heart — from feeling appreciated, confused, sorrowful, angry, yet a bit relieved.

My journey at OpenSea is rooted quite deep and started with a hackathon back in February 2018. Alex, Devin, Dylan, Elena and a few others started a project called Ethmoji, where you can build your own Ethmoji and customize your own eyes, nose, mouth, and hair. The special thing about this project is that all the owners of each attribute used in the composition can earn royalties. This was the birth of PFP collections.

After this hackathon, Alex and Devin invited me to join OpenSea to build an eBay for digital assets as their founding designer. I declined as I was cautious of early-stage startups after being the founding designer at Zugata (acq by Culture Amp). Also, I was really skeptical about the space and didn’t quite understand why people were buying and selling digital cats online.

However, marketplaces are my bread and butter and I’ve always loved working with Alex, so I decided to work part-time with OpenSea. At the same time, I was off on my own venture — traveling the world, consulting with other companies, while building my very own called Hathorway.

In the Fall of 2020, Devin asked if I would be interested in joining full-time and leading Product and Design at OpenSea. It was such an exciting opportunity and a big role, but I had declined once again because I just created a new company with a friend after becoming a new mother, called Ritual Meals and I wanted to see this through.

Once 2021 rolled in, NFTs started blowing up and OpenSea raised their Series A of $23m, everything changed. And I realized the food industry is a cut-throat business, I left Ritual Meals and placed all my bets on OpenSea. Once I joined, I partnered really closely with Nate Chastain, who is one of my favorite people to work with despite the insider trading fiasco. Together, we cranked and cranked features along with many talented engineers, and watched the bars in volume rise month to month.

During my time here, I had many first. I was the first 10 employees, the first designer, the first woman, and the first mother. I designed the first several versions of OpenSea.io, the blog, the logo, the first mobile app, the first OpenSea and NFT explainer video with Thinkmojo, coined the phrase “the world's first and largest NFT marketplace”, and built out a killer design team, healthy design culture, and well-oiled process that I am proud of.

Yesterday was the end of this journey for me. In a way, it felt as if I have carried and given birth to a child, only to have it taken away from me. But I realized that OpenSea is not a child anymore, it has grown up and left the house. And it’s time for me to let go and move on.

For the other 20% that were laid off, thank you for putting so much heart and soul into what you do — for building OpenSea for what it is today and laying out the foundations of the NFT space from the product, community, and team. Wipe those tears, brush any discouragement and doubts, and be so proud of what we’ve accomplished together.

For those who remain at OpenSea, my only ask is “don’t fuck it up” — for the sake of those that fall in 20%. I know you will do an amazing job evolving it, so take good care with OpenSea. LFG.

And yes, once again, jessica is unemployed. While I’m still deciding what my next venture will be, I will be taking a little break — perhaps make some jewelry, draw a little, write a little, and finally, be able to be present with family.