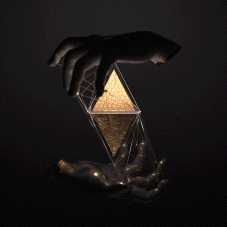 Thanks to Afy for providing a plethora of communication advice!

The current options to run a node require technical skills to open a terminal and run commands or install a new operating system. Running a node should be as simple as downloading an app.

I started NiceNode to solve this. NiceNode is an app that runs, monitors, and controls a node.

Simple controls to put the node in light client mode (*experimental) and to allow Metamask to use NiceNode to send transactions and as a source for data!

NiceNode is available for Linux (tested on Ubuntu), Windows, and macOS and the alpha release is ready for downloading and testing. Please try out NiceNode and give feedback and suggestions! Report a problem or request a feature on NiceNode’s Github.

For now, Geth (Go-ethereum) is the only node that NiceNode supports, but stay tuned as the next releases will include the ability to run other Ethereum node clients, Layer 2 nodes, and testnet nodes!

What is a node?

…this software downloads a copy of the Ethereum blockchain and verifies the validity of every block, then keeps it up-to-date with new blocks and transactions, and helps others download and update their own copies. (ethereum.org)

Why run a node?

You don't need to stake ETH or be a miner to run a node. In fact, it's every other node on Ethereum that holds miners and validators accountable.

You may not get the financial rewards that validators and miners earn, but there are many other benefits of running a node for any Ethereum user to consider, including privacy, security, reduced reliance on third-party servers, censorship resistance and improved health and decentralization of the network. (ethereum.org)

Vitalik’s “Endgame” blog post and Nimbus’ blog “On the importance of light nodes in Vitalik's endgame” explain Ethereum’s future architecture. A key point is the importance of “light clients” or “light nodes”. Briefly, light clients can easily run a node on phones & web browsers so that wallets and dapps can have decentralized access to Ethereum. However, light clients depend full nodes. As of now, they rely on an honest majority of full nodes and later on will rely on at least one honest full node. So be a part of the Honest Majority of nodes and run a full node!

NiceNode is built by me, Johns, but I could use some help! Any of you with development, testing, writing, translating, community managing, graphic design, and any other skills or interests that would be helpful to NiceNode, please start a discussion on NiceNode’s Github, join the NiceNode Discord, or reach out to me on my Twitter.

NiceNode is an open source project.