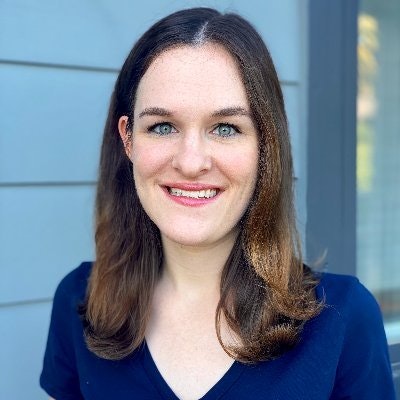 Justine Moore
justinemoore.eth
Who will own the creator economy? A web2 vs. web3 showdown
0x331f
January 26th, 2022

The hype around the creator economy may have peaked a year ago - but I believe right now is the most consequential moment in deciding the economic fate of creators.

This is the result of a tug-of-war between two strong but opposing forces that have emerged over the last 18 months, both of which should work in favor of creators:

What’s caused these changes, and where are we headed next? I’ll dive into the driving factors and my predictions for 2022 and beyond.

A history of creator monetization

To start, it’s important to understand that Web2 social platforms historically took a “hands off” approach to creator monetization. Creators used them to build an audience, but the platforms themselves provided very little support for those looking to make money (YouTube’s ad program is the notable exception here).

Apps like Instagram and Twitter ignored opportunities to facilitate transactions between creators and brands (or creators and their audiences) - they didn’t want to be directly involved. Most creators made money in one of two ways:

This all changed in July 2020, when TikTok announced something revolutionary: a Creator Fund. TikTok pledged to pay out more than $2B to creators worldwide over the following three years. Creators would earn this money by posting content that got a significant amount of views and engagement.

This might sound similar to YouTube’s Partner Program, but there’s one key difference - YouTube pays creators a percentage of ad revenue that the company makes from the creators’ content. TikTok is paying users off its own balance sheet.

A side note - you could argue that the Creator Fund was simply a continuation of TikTok’s boundary-breaking approach to user acquisition.

Before TikTok, the idea of social apps paying for users (especially at the early stages) was somewhat gauche. The best social products were expected to grow via word-of-mouth, with a strong viral coefficient propelling new adoption.

From the very beginning, TikTok broke this rule. Bytedance reportedly spent $1B marketing TikTok to U.S. users in both 2018 and 2019.

The Creator Fund might be perceived as “growth at all costs” - these apps are literally giving away money (#tbt to HQ Trivia, which first made this cool). However, a likely long term strategy for the Creator Fund assumes that the money allocated to creators today will eventually be recouped.

The ultimate goal for social apps is to acquire and retain users - their attention will always be worth something. If the Creator Fund helps TikTok (and other apps!) achieve this, it could potentially pay back multiples of the initial spend.

TikTok opened the floodgates to in-app monetization. But most social platforms don’t want to be paying for content forever, especially when they have to offer more and more to compete with other platform launching their own funds. So they’re finally building out other features that allow creators to directly monetize their audiences. A few examples, all of which have been announced or rolled out in the past 6 months:

I’ve seen almost no metrics on how these features have performed. If they’re successfully generating significant revenue for creators, wouldn’t we have heard about it by now? Though you could also argue that the platforms are keeping quiet about what’s working, for fear of inspiring copycats.

Of bigger concern is whether the fan / creator relationships on Web2 social apps are a fit for more active forms of monetization (beyond ads). Especially on apps like Instagram, it feels like there’s far more “influencers” than true “creators.” You might follow an influencer because you find their aesthetic or lifestyle to be entertaining or aspirational - but would you pay for exclusive content? Probably not.

In my opinion, the number of true “creators” is much smaller. And these people have probably already figured out ways to monetize their content and expertise. They’re less likely to be the first movers to new features offered by social apps - but they might hop onboard once they see meaningful traction.

The new wave of Web3 platforms argue that layering creator monetization on top of existing social apps is simply the wrong approach. Web2 social apps were built to support an advertising-based business model - they’re trying to capture as many “eyeballs” as possible, and their algorithms decide what content gets promoted.

The platforms have all the power, and often take the lion’s share of the revenue that they make off the backs of creators. Large creators are beginning to speak out about this - Hank Green, a vlogger and co-founder of VidCon, recently posted a video (see below) expressing his frustration with how little money he makes from TikTok’s Creator Fund. And he has 6.3M followers on the app!

Interestingly, many of his complaints extend to all Web2 social apps. And I’ve seen them echoed by dozens of other creators:

Web3 may provide a better model for creators to capture the value that they create. It allows creators to truly own their audiences, without the interference of a centralized authority, while enabling followers to invest in a given creator’s future success.

Today, we’ve primarily seen this through NFTs, social tokens, and DAOs. Fans invest to “own” a piece of the creator’s content, or to get access to a community - in some cases, they even have voting rights to what the creator does next.

The creator makes money from the original sale of the asset or token, and owns something that will (hopefully) rise in value. Fans, meanwhile, are rewarded for being early supporters and may be able to trade their ownership on secondary markets at higher prices later on.

Why aren’t we there yet?

The vision is unquestionably compelling - but there are challenges in the execution. Two that stand out to me:

For creators with an existing audience, launching a DAO or selling NFTs might be fairly straightforward. But what if you don’t yet have an audience? The major benefit of centralized social apps is that they aggregate consumer attention.

You might not “own” your Twitter followers (you can’t take them if you leave), but you get to leverage the platform for distribution. You could theoretically launch your own version of Twitter if you want more ownership - but it’s practically useless if there’s no one there to read your tweets.

If Web3 platforms want to fully replace existing social apps, they’ll need to power discovery - helping users find content (and therefore creators). But this implies the existence of a centralized authority that designs the mechanism by which discovery occurs. Does this conflict with the decentralized culture of Web3?

The other major issue, in my opinion, is that the UX of most Web3 products is still far too complex and intimidating for mainstream consumers. It’s gotten a lot better over the past two years - but there are too many steps involved in relatively basic transactions like buying an NFT.

If you’ve ever tried to onboard someone to crypto, you’ve probably experienced this! Even after you get them to set up and fund a wallet, they’ll likely be confused about how to make the purchase and might be scared off by the gas fees (which may cost more than the transaction itself).

Thankfully, there are many smart teams working on this problem. Companies like Aragon, Bonfire, Bitski, Islands, Manifold, NEAR, Rally, and SZNS (just to name a few!) are building tools to make Web3 more accessible to creators and their followers.

It feels like we’ve seen a decade’s worth of change in creator monetization over the past year. But I’d argue that we’re just getting started.

Incumbent social apps have finally woken up to the need for better monetization features, while emerging Web3 challengers are doubling down on an ownership-based approach. And this battle will define who owns the future of the creator economy.

If you’re interested in reading more on this topic, I’d recommend checking out the following resources:

History lesson: Why did the creator economy suddenly blow up? by Josh Constine

What’s Next for Creator Platforms? Learning to Sell by Nathan Baschez

The Creator Economy Explained: How Companies are Transforming the Self-Monetization Boom by CB Insights

Facebook Wants to Court Creators. It Could Be a Tough Sell by Mike Isaac and Taylor Lorenz

16 Observations on Livestreaming in China by Connie Chan

People Behind the Product #1: YouTube and the Evolution of the Creator Economy by a16z Live

NFTs and a Thousand True Fans by Chris Dixon

The Web3 Renaissance: A Golden Age for Content by Li Jin and Katie Parrott

Chain Reactions: How Creators, Web3, and the Metaverse Intersect by Rex Woodbury

A beginner’s guide to DAOs by Linda Xie

How Creator DAOs redefine the way we work by Eliot Couvat

The Social (Token) Network: Rally, Friends with Benefits and the Future of Branding by Jeff Wilser