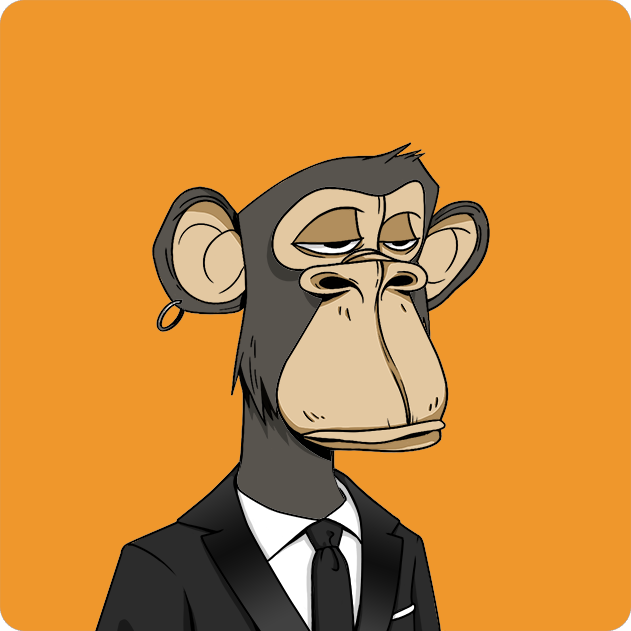 Cryptonetworks and decentralized systems have the power to enable a new world, built on a drastically new frame of security, independence, and responsibility. In this essay, we continue to recognize web3 as a version of Eden, and approximate the radical decentralization of humanity’s oldest systems to a new form of Genesis.

The original rendition of Genesis focuses on Adam and Eve’s descent from Eden; with everything at their disposal, the promise of the unknown was somehow more attractive. They were led astray by an innate, elementally human tendency for corruption. As they bit the apple, or “the forbidden fruit” - Adam and Eve descended into the real world, deprived of Eden and its many perks. In our collective interpretation of the web, we began in Eden, and the forbidden fruit was Centralization: companies like Facebook and Google who pilfer our data to turn us into products. Banks, brokers, and other glorified middle men who control our flow of income and our access to the world around us.

Today, decentralized technologies are fully functional and are accelerating a 3,000 year-old process to massive proportions.

Before we dive into decentralization and why it’s an essential part of our future (and of our past), it’s important to demystify the forbidden fruit, centralization. Centralization of power, decision making, and monetary policy have left many parties throughout history in cycles of complete dependency: people depend on the dollar, the dollar depends on the Federal reserve, the Fed depends on guns, guns depend on politics, politics depend on people, and the cycle continues. Centralization created empires, and then ruined them. Centralization of power among the elites created gaps and loopholes in our governance models, where the very notion of new governments and “democracies'' is often synonymous with side deals and back-room promises.

“Stagnating economies, mounting inequality, political corruption and the increasing monopolization of technology for the benefit of elites have provoked a populist backlash. We share and are driven by these feelings of discontent.” Vitalik Buterin in ‘Liberation Through Radical Decentralization’

One of the first times humans decentralized the concept of governance was in the Old Testament. While traveling through the desert with his tribe, Moses created different councils of elders to handle different issues in the community - instead of Moses having the only say. Moses willingly transferred his judicial power to the rest of his community, out of knowledge that this would protect the system he built for the long term.

Fast forward more than 3,000 years, and Satoshi Nakamoto decentralizes money for the first time, with the advent of Bitcoin. Not only is Bitcoin the first to decentralize money at scale, but it is the first to prove that permissionless and decentralized systems can programmably maintain consensus over long periods of time - if given the right incentives. This advancement solidified blockchains as the best operating systems (thus far) to achieve and maintain decentralization at scale, and today stands as the core narrative and enabler for cryptonetworks.

When Narrative Birthed A Culture

For the Ethereum community, decentralization isn’t just a technical property - it is a foundational part of the narrative, as well as the only approach to innovation in the space. For years, developers building on Ethereum knowingly sacrificed efficiency for security.

The Network Effects of a Participatory Culture

Today, being part of a decentralized community is a commitment and a statement. To participate, stakeholders must pass a gauntlet of hurdles to interface with the community or the underlying product of a cryptonetwork. To make a difference on-chain, incoming members must account for custody, buy ETH, swap for another asset and familiarize themselves with the relevant on-chain interfaces (and pay exorbitant gas fees along the way). Going through those hurdles, and remaining an active member in these communities carries over into the truest form of a digital identity.

“Want to work at a fund? Ok…what’s the return on your Eth wallet? Want to be a paid governance steward? Ok…how many governance proposals have you proposed…and which ones passed? There’s no way to lie on a trust machine. An ETH address becomes a reputation.” Ryan Sean Adams, ‘Your Wallet is Your Resume’

While the current barriers to entry limit the rate of adoption, they make decentralized communities extremely sticky. Once you’re in, you’re in. Unique communities build unique identities, and as the underlying networks grow in utility and value, their stakeholders are economically incentivized to remain good stewards of the network. These systems then thrive as communities grow in numbers, and the collective power grows exponentially. This positive feedback loop feeds into additional demand for protocol activity and its related applications.

Beyond the numbers, what decentralized finance protocols really enable is true financial responsibility. Through these new systems, a notion as basic as self-custody translates to a deeper sense of ownership:

“The ultimate value of DeFi lies in its potential to remove systemic risk by returning risk to users: to protect the system from careless individuals without shielding those individuals from the consequences of their own actions. ‘DeFi: Crashing the Counterparty’.

Through decentralized finance, we will one day price, value, and monetize every single form of capital that can be linked to us on-chain. Our favorite art pieces will pay off our mortgage on lending protocols, and our “likes” will become financial assets. In simple terms, decentralized finance will kickstart the great monetization of everything.

Now that decentralized protocols no longer have the burden of proof but rather of performance, aligning on-chain interests will become an increasingly important (and valuable) mission. To nail decentralized governance, cryptonetworks will require a perfect equilibrium of economic incentives, as well as social incentives -- or in other words, a well-developed and sustainable culture. Moreover, every single disruptive network will require orchestrators. In Web3, orchestration will become much more than a necessity - it will become a network’s way of life. Governance and resource management frameworks like Colony and Coordinape (and Aragon before them) aim to streamline decentralized governance by reducing friction, and distributing responsibilities and resources fairly. We believe such frameworks will become crucial for one major reason: in theory, the systems we’ve created should gradually morph with us.

"I don't see interfaces and token designs, I see collective organisms with blood of money" Tracheopteryx, “Crypto: Global, DAOs and the Future of Governance”

Cryptonetworks are swallowing up value, and create environments where every possible form of on-chain value interlinks and interacts with the other. All of these worlds collide in web3, our version of Eden.

Decentralized systems are becoming increasingly independent, composable, and interoperable. Web3 is where all decentralized systems will learn to interact with each other, building on the security and value (thus network effects) of a broader ecosystem. It will be multi-layered and multi-faceted, supported by completely new infrastructure. Our applications will need to relay data reliably, transfer data completely privately, store data, and maintain high levels of availability - all on decentralized rails. In crypto’s short history, we’ve already seen how centralized infrastructure can be a dangerous tradeoff.

In the absence of centralization, distributed systems and their stakeholders are sheltered from humanity’s natural susceptibility for greed and evil. Web3 creates a reality where we thrive in adversarial environments, and are collectively compensated for doing so. The weakest link in the chain becomes precisely that - the weakest link, and gets compensated/replaced accordingly.

Anti-fragility is true for the technical infrastructure of cryptonetworks, and as expected, decentralization also creates anti-fragile communities:

“Hive is a passionate effort, created by a large group of Steem community members who have long looked to move towards true decentralization and to help develop the code base. The years of distribution issues and reliance on a central entity for code and infrastructure has been at the heart of a revolution of sorts…” Hive, ‘Announcing the Launch of Hive Blockchain’

Understanding the history, importance, and potential of decentralized systems is the first real step back to Eden. To sustain this innovation, and perhaps one of the most important cultural revolutions in human history, we propose best practices in line with the underlying principles of this movement.

Decentralization as the basis for all true innovation in Web3

Firstly, it must be understood that decentralization has to be the basis for all true innovation in what we refer to as the crypto industry. It is the common thread between every truly disruptive application in today’s cryptosphere: Uniswap and its many clones, money markets like Compound, data relay systems like Pocket, and storage solutions like Filecoin and IPFS - all enabled by one underlying property. Future developments across cryptonetworks will continue to leverage decentralization as a core enabler, and build additional utility around it. In the absence of decentralization, disruption is stifled:

“There was a path out of the darkness: by embracing open, decentralized protocols and thinking about how digital economic organization can happen in the 21st century, it became clear that ShapeShift could choose a path that re-enabled the very vision we first set out to achieve.” Erik Voorhes, ‘Shapeshift is Decentralizing’.

Decentralization in the Real World

That being said, decentralization is an age-old process, and will take shape across different markets and verticals in varying timelines. In some cases, simply transacting goods and services over a highly decentralized ledger will only address a small part of a more profound issue. In the real world, full decentralization of a system and its constituents is a much bigger challenge. This is particularly salient across systems where those resources are human and seldomly digitally-native.

As we established in previous sections, the core drivers for decentralization are values-based and financially driven - thus, incentivizing decentralization will be a cultural and capitalistic mission. It will be incentivized by numbers, algorithms, and code, and it will also be supercharged by brand, community, and people. With protocols amassing new stakeholders every single day, understanding how to align all stakeholders through material and immaterial value will become an increasingly important mission. Decentralization breaks down the barriers between the right to power, and our own relation to that power. Users become stakeholders, stakeholders become governors, governors become stewards and leaders.

Resisting Centralization at all costs

As we venture deeper into a digitally native and distributed world, human greed will keep on pulling some of us towards the apple - the forbidden fruit. While many familiar systems benefit from centralization - we need to collectively identify those that require decentralization as a baseline property and maintain it for positive disruption to occur. As digital communities continue to rally behind decentralized code, we need to always retain a fundamental understanding of the values that underpin this movement. Understanding what drives, and then sustains this revolution will enable us to return to Eden.

Finally, we are in the midst of a human-driven but technologically-enabled cultural revolution. This revolution is underpinned by permissionless access, truly democratized systems, and enough incentives to maintain these properties over time. This paradigm shift is bringing value and responsibility back to the individual, and associated network effects create additional utility, security, and trust across the new systems we build.