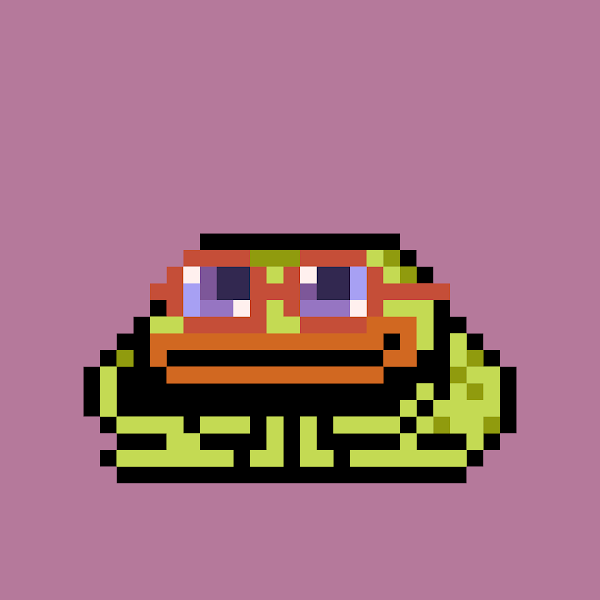 Disclaimer: It’s November 2021, I’m sitting in Athens, Greece, thinking about how to explain Web 3 to friends and family who keep asking about it. I decided to write up a couple of examples, this here is the introduction. I don’t code, so the following is not a technical description. My perspective is one of a professional dilettante who studied law, built and sold an innovative real estate company and then became a musician. I own some cryptocurrencies and experiment around with the apps available. It’s an incomplete rundown, I deliberately left some angles out to not overcomplicate it. If this text helps your thinking or if you think it’s wrong, please reach out to luki.eth on twitter and lets discuss.

Let’s start with Chris Dixon’s summary of how Web 3 is different from its predecessors:

It’s a very short definition, so let me elaborate.

I assume you’ve heard about Bitcoin. The reason you can’t ignore it is because it's design enabled the move from Web2 to Web3. At it’s core Bitcoin is a computer program that has a basic but robust set of functionalities:

The world has been debating Bitcoin’s use-case and usefulness since its introduction in 2008. It wasn’t broken so far, so I’m going to move ahead and just assume that the things works as designed and will focus on three implications that derive from that. I call them the three mindfucks of Bitcoin.

Summed up in one sentence, the three mindfucks of Bitcoin translate into “I own something of value.” which is a very familiar notion offline but a very strange one online. Let’s unbundle.

Ownership, the first mindfuck of Bitcoin. Prior to Bitcoin, the internet did not have any function that made native ownership possible. The closest thing to ownership online was the concept of intellectual property enforced through offline legal systems. Let’s say you use Instagram (a Web 2 service) to upload an image. While the image is viewed and interacted with online, its ownership is attributed to you offline in the form of intellectual property rights. Online there is no way of proving it is yours. Why? Because there is no ledger. Without a ledger anyone can copy/paste anything and redistribute it. Bitcoin’s ledger changes the game because the transactions noted in the ledger can track where each bitcoin is from the moment it’s created. If the ledger doesn’t attribute any Bitcoin to you, you don’t have any, as simple as that. The knowledge created through a ledger (what when where) is a precondition to ownership. Now ownership in itself doesn’t necessarily drive value to the thing you own. You need the second mindfuck of Bitcoin for that:

Scarcity. It’s a mindfuck because it’s literally the opposite of what we thought the internet was good for. The internet as we’ve come to understand it, is at its core a very elaborate mechanism for networking and file sharing. Files are digital objects and are infinitely duplicable, usually for free. Supply and demand dictates that if you can copy something infinitely, the object has little to no value. In order to drive value you need a mechanism of authentication that proves the object’s scarcity. Why are Da Vinci’s paintings valuable while photocopies of his paintings are not? Because there are only 20 paintings, but an infinite amount of photocopies. In order to make objects valuable, their supply has to be finite. Bitcoin does this through capping its maximum supply at 21M. That scarcity is one precondition to value. In addition you need demand, the existence of which the last decade has proven.

We’ve established that Bitcoin introduced online native ownership and has imbued the things you own with value through scarcity, but there is a third prerequisite for you to own something of value: You need to be you! Identity is the third mindfuck of Bitcoin. Prior to Bitcoin you did not have an identity online, you only had a username. The difference is simple: The two are distinguished by ownership. The actions of your identity accrue to you and you alone, while the actions of your username accrue to the service provider you got your username from. For example: When you check into a hotel in Paris, New York or London, you always check in with the same personal identification. Online (in Web 2 that is), for every service you check into, be it Instagram, Pinterest, Amazon, Uber or whatever else, you create an individual username and password. The interactions you have with one service don’t accrue to your username on the other. This presents a problem, because you cannot take ownership of your actions that way. A real identity is more like the offline version. It is portable and valid across different services. Bitcoin solves this problem by assigning you an address within Bitcoins ledger. This address accrues all interaction you have within the network and thus lets you take ownership of your digital identity.

The importance of these three mindfucks can not be overstated. They are fundamental to why Web3 will drive an incredible amount of value back to its users and change the structure of how we interact with online services.

Again: Bitcoin translated the concepts of ownership, scarcity and identity into online native processes and that is unprecedented.

There is a fourth mindfuck in the wonderful world of Web3 and it is the fourth cornerstone of business. It was introduced by another computer program that was built on the back of Bitcoins technological innovations and enhanced them. In addition to the three concepts above, Ethereum introduced the online native equivalent of contractual obligations. It’s the same story: Offline we are very familiar with contracts, we all use them every day, implicitly or explicitly. Online they are a novelty.

The business opportunities that arise by natively integrating the above concepts online are mind bogglingly huge. My assumption is that offline identity, ownership and contractual obligations enable most, if not all of our economic activity while scarcity drives their value. Web3 is currently in the process of bringing all of them online in a native, transparent and verifiable way. What does this mean for how the internet and world will look when all this is widely implemented? My guess is as good as yours, but I’m betting it’ll be big.