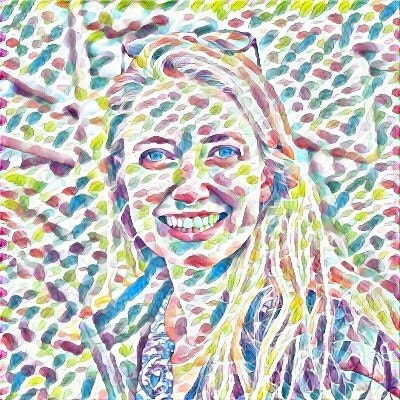 We celebrate universities as great societal equalizers. They seek to weave together a smart, hard working and diverse cross-section of the young population. They send thousands of graduates each year on a path to elite opportunities in tech, finance, academia, etc. It’s often called a young person’s American Dream.

But it’s not that rosy. Elite schools are the gatekeepers of high society. It’s never been harder to get into, let alone afford, an Ivy League college. The Ivy League collectively admits ~5K students each year, yet there are nearly 5M 18-year-olds in America alone. As an investor, the #1 challenge I hear from founders is difficulty finding qualified talent. That’s no surprise if your metric for “qualified” is that they attended an elite college, reflecting their academic performance from age 14 to 17.

Ivy league education costs a staggering $70K+ per year per student and is rising at twice the rate of inflation. Even with financial aid, it’s far beyond the reach of many young people.

These institutions are also tasked with one of society’s thorniest issues: solving societal inequity. Employers lacking diversity quickly point a finger at universities, citing a “pipeline issue.” Universities then privately develop policies to address these issues through admissions and financial aid, which are imperfect and highly controversial. Such is the problem of millions of people from different backgrounds competing for a few thousand seats.

Traditionally, universities have served the purpose of pre-screening for individuals with a high likelihood of success. They also serve by centralizing these people in order to teach valuable skills and make them easier to recruit. But the strengths of these offerings have eroded over time:

For this article, I’ll focus on the first point - disruption by DAOs. Value is created when a close match is found between an employer and candidate, particularly for niche skill sets. DAOs are incredibly effective tools for self-organizing these niche skills. DAOs enable the participants who self-aggregate to capture this value rather than recruiters or universities.

This shift is already happening. Blue-chip crypto companies like OpenSea have demonstrated willingness to pay DAO members hundreds of thousands of dollars for access their talent. What’s more interesting is that projects like Aave will pay members of a DAO to take a course to learn to develop on their platform. The student is compensated with ownership in Aave - a strong incentive to become a contributor to the ecosystem. Rather than pay a recruiting firm $100K to hunt down someone with the relevant solidity background who happens to be looking for a job, why not directly educate enthusiastic people?

Lastly, DAOs are scalable. They’re able to provide education and opportunities to a much wider group because they’re not limited by seats in a classroom or beds in a dormitory. They also tend to be more welcoming to diverse backgrounds than traditional organizations.

It’s worth noting that coding bootcamps have grown quickly because they’re affordable and scalable, but they don’t allow employers to target niche audiences, nor do they have the structure to properly reward participants.

I’ll caveat that there are many benefits to the university system. It gives people a safe place to grow up and eases their transition to adulthood. It provides a great deal of social interaction and extracurricular activities. It offers an education that is perhaps more well-rounded than DAOs could easily provide. These are just a few examples. I believe there is a long-term role for residential universities in the US, but employers should open their minds and consider recruiting from and sponsoring education-focused DAOs.

If you’re building something in the education-focused DAO space, my DMs are open, and I’d love to meet you! @lyd_hylton