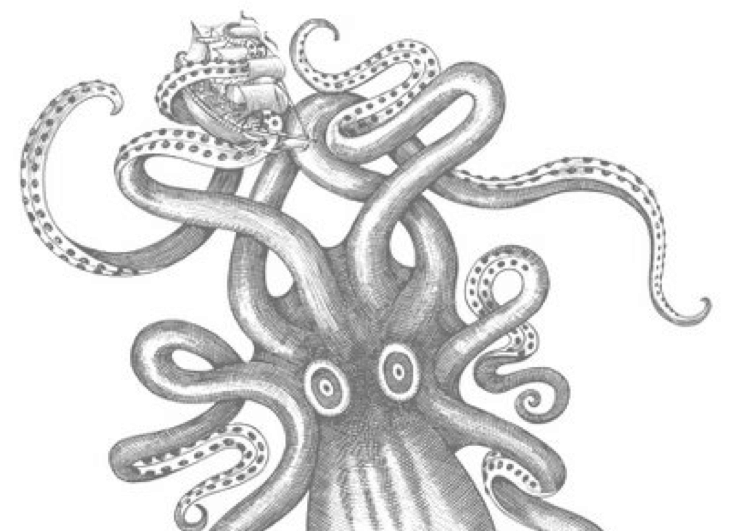 Mike Troiano
miketrap.eth
Web3 is about communities. And you start one with a story.
0xAD89
July 1st, 2022

People say to me sometimes, “Bitcoin isn’t real… how can it really be worth something?”

A dollar - and a Bitcoin, and a Bored Apes NFT - are worth no more and no less than what someone is willing to pay for them. Value is subjective… that’s how markets work, and how they always have.

Crypto makes people uncomfortable because it applies this principle to a thing made of bits instead of atoms. But value is still subjective, a number assigned by others to a thing you’ve created from thin air.

So how does this magic trick work? How do we get others to value the things we create from nothing? The answer isn’t in our technology. It’s in our biology.

What makes us unique as a species… the superpower that lets us dominate the planet… is our ability to tell stories. Let me explain what I mean.

Your average Chimpanzee can signal there’s a lion. “OOOO OOO AAAA! AAAH!” or something is chimpanzee for “Lion!,” and that makes the other chimps climb for the trees.

But only we can say, “The Lion is the spirit animal of our tribe.” We can think and communicate conceptually, sharing stories that become myths over time, and build a common understanding of the world.

Now… When I say myths, I mean it in the broadest possible sense. Zeus is a myth, but so is Star Wars, so is Iron Man. Religion is a story that helps us understand where we come from, and why we’re here. America is a story we’re hotly debating right now, as are Gender, Life, and Goblintown.

Stories bind us together, they enable collective action on a scale unmatched in the natural world.

The maximum number of chimps that can coordinate their activities is about 45, and that’s the largest their pods can get. But millions of Homo Sapiens will give their lives in an argument about whether the American story or the Nazi story is the one we should organize our world around. That is what makes us human, and what has enabled us to dominate the world, like no species before us.

So… what makes a story good enough to create a winning crypto project? Here are three things to think about.

The first is that a good crypto story speaks to and for a constituency.

Every story needs a hero, and the one in the story of a crypto project is the group it’s created to serve, and by extension the community it hopes to build.

You see, community is the real source of value in crypto and Web3. Show me a successful project and I’ll show you a community of people who believe in it. It’s really just that simple. And what will get people to believe in your project is their belief that it reflects the world as they see it.

Take Bitcoin. The Bitcoin white paper did much more than explain the cryptographic means by which digital cash could enable a peer-to-peer value exchange. To many who read and became obsessed with it, it told the story of a technically sophisticated elite freed from the tyranny of centralized financial institutions and the governments they serve.

Ethereum, and then PolkaDot picked up and advanced that story… creating a kind of trilogy that saw our hero continue the battle with Big Money, growing stronger in the Force with the addition of a decentralized computer and cross-chain compatibility.

NFT stories are even more on the nose. At the height so far of crypto wealth creation, the Bored Ape Yacht Club told the story of simian oligarchs so fabulously rich, they’d become disinterested in all the world had to offer. Crypto-bros ate it up, and after that story caught hold in the media, enough celebrities got on board to turn the idea of an ultra-elite social enclave from irony to reality. It was magic in a bottle… just the right story, for just the right constituency, at just the right time.

The second attribute of a story good enough to create a winning crypto project is that it inspires an emotional response.

If you want to change what someone does, you have to change what they feel, and not just what they think. I know I shouldn’t have that pizza. I get the science of it. But I want it, because to this Italian kid, it tastes a lot like love.

Again, there’s both an evolutionary and a biological basis for this. In the days when proto-humans roamed the savannah, there may very well have been an ultra-smart competitor to Homo Sapiens, a “Homo Genius” equipped with intellect beyond our ancestors.

As the sun reddened and Homo Genius surveyed the grasslands, he may have noticed a large cat not far away. “Pronounced canines, likely a meat eater,” he thought. “Strong haunches, should be fast. Oh, and a terrifying growl… perhaps I should consider a hasty depart…” and then BOOM, he got eaten.

Emotion is the shortcut to immediate action. It lives in the brainstem, the lizard brain at the contact point between the mind and the body. We see the world through an emotional lens first, and only then decide what’s important to pay attention to. So if you want to reach someone not yet paying attention to what you’re doing, you need to engage them with a story that makes them feel something first.

That’s how a movement begins… as our story, in a way we can feel. We spread it, from person to person, and that brings us to the third and final attribute of a winning story in crypto… that it’s simple enough to share.

A crypto project is a complicated thing. It reflects multiple objectives and strategies, leverages common standards, and promotes new technologies. It’s created by a team, rooted in a blockchain, and supported by the economics of a token. That’s a lot to understand, and a lot to be understood by the people who decide to support it. But their first decision will be whether to take a closer look.

When someone asks about your project, how long does it take for you to explain it to the point where they want to learn more?

If it takes longer than they’re willing to give, without understanding what it is, then you’re dead. It doesn’t matter how brilliant it is. The world is lousy with great ideas that went nowhere, because they weren’t sufficiently attractive to be fully understood.

A good story will help you avoid their fate.

It will signal to the people you need that you see the world as they do. It will inspire those people to offer first attention, and then understanding, and then support for the cause you call them to. It will empower them to enlist others, to build the community at the core of all crypto projects, and all progress in the arc of civilization.

Richard Powers, author of the Pulitzer prize-winning Overstory, said “The best arguments in the world won’t change a person’s mind. The only thing that can do that is a good story.”

If you’re trying to change the world with your crypto project I hope you understand why a little better, and that you’re at least on your way to telling yours.