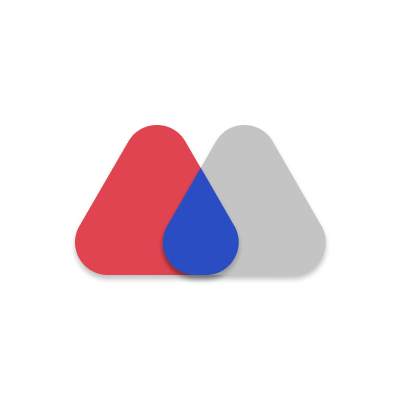 When it comes to photographers, the Dropbox vs. Google One question is not easily answered. Each service has different features and pricing. We compare the two in detail for photographers.

There is no single answer to which is the best cloud storage. Different professions have different needs. For photographers, maximum cloud storage space might be important, but organizing photos properly and being able to find and edit them on the go might be even more so.

In this article, we’re going to look at the pros and cons of Dropbox vs. Google One, comparing which service has better features for this creator profession.

The first thing to get clear is whether we’re talking about Google One, Google Drive…or Google Photos. If you’re confused about which service is which, you’re not alone.

So here’s the simple answer:

Google Drive is purely a cloud storage provider. You can store documents, photos, applications, and any type of file in Google Drive.

Google Drive does not have such features.

And then there’s Google One.

Google One is a subscription that gives you cloud storage across Google’s suite of products — Gmail, Google Drive, Google Photos, etc.

The reason it’s a bit of a mishmash is that Google was once trying to get its finger into every pie that its competitors were in and so ended up with a conglomeration of services that it eventually either nuked or tried to salvage by combining them into one large service.

That’s how Google One came about.

Pricing — Google One vs. Dropbox vs. Google Drive

Google One has slightly more competitive pricing than Dropbox for its 2TB storage option. Google One currently costs $99 a year while Dropbox clocks in at $119.88 for a year’s subscription.

Ease-of-use — Google One vs. Dropbox

This is a mixed bag for photographers. Dropbox has earned a reputation as being extremely easy to use for general file storage, regardless of the file type. It has a stable and reliable desktop application that deals with conflicted files well so that no files get overwritten. Google Drive has historically been slightly less robust than Dropbox in this regard, but the desktop app is regularly updated and new bugs should get fixed when they are discovered.

Still, Dropbox is a dedicated cloud storage provider while Google Drive is more of an “add-on” service to Google’s primary business — this might explain why the Dropbox app has been more reliable in the past.

On the subject of photos themselves, the question of ease-of-use is clearer — Dropbox is terrible at organizing photos. The problem is not that Dropbox does anything particularly “bad” regarding photos, it’s just that the app and website both have a tab dedicated specifically to “photos,” giving users the impression that something amazing sits behind that tab when it doesn’t. Photos from multiple folders are all jumbled together. There is no way to organize photos by geolocation, or tag photos, etc. All you can do is find photos by date.

When people upload photos using the Google Photos desktop app, they can leverage Google’s facial recognition feature, as well as an impressive AI feature that lets you search for photos based on what they contain, such as “red table” or “cars” or anything that Google’s software has detected in the photo.

So, in some aspects, Google Photos are easier to use than Dropbox, and in others, Dropbox is the winner.

Uploading — Google One vs. Dropbox

This is where things get a little complicated for Google.

Dropbox is one app. It works seamlessly. There is no confusion. Although the “photos” tab in the app isn’t the greatest, it’s still there, and you can at least search photos by date. Getting those photos into Dropbox doesn’t require mental gymnastics or multiple apps. Photos are either uploaded automatically from your phone or from the desktop app. Simple.

It’s completely different with Google One, I mean Drive, I mean Photos…

It works like this: There are two desktop apps — Google Drive and Google Photos — and *two *mobile apps. To make use of Google Photos’ AI features, you need to upload the photos using the Google Photos desktop app which isn’t the most user-friendly experience in the world.

To upload other files, you to install the Google Drive app.

And where are those photos stored? Well, they’re not stored in any Google Drive folder. They’re stored in some nebulous “Google Photos” location that is separate from Google Drive. It starts getting messy.

Conclusion: Is Google One or Dropbox better for professional photographers?

Neither service is perfect. At Mineral, we believe there is no single cloud storage solution that matches every need. That was the reason we created Mineral — not yet another cloud storage provider, but a tool that maximizes cloud storage potential across providers.

Google Photos is excellent for managing large photo collections, but it is only a photo storage service and nothing else. Google One is cheaper than Dropbox, but Dropbox is a dedicated cloud storage company and so will have more internal focus to deal with user issues regarding cloud storage.

Cloud storage quickly fills up for photographers. The most economical choice, in this case, would be to sign up for a service such as Mineral that regularly moves unused files out of your cloud storage and onto decentralized storage, thereby freeing up space in your Google One or Dropbox accounts for projects that you are not actively working on.