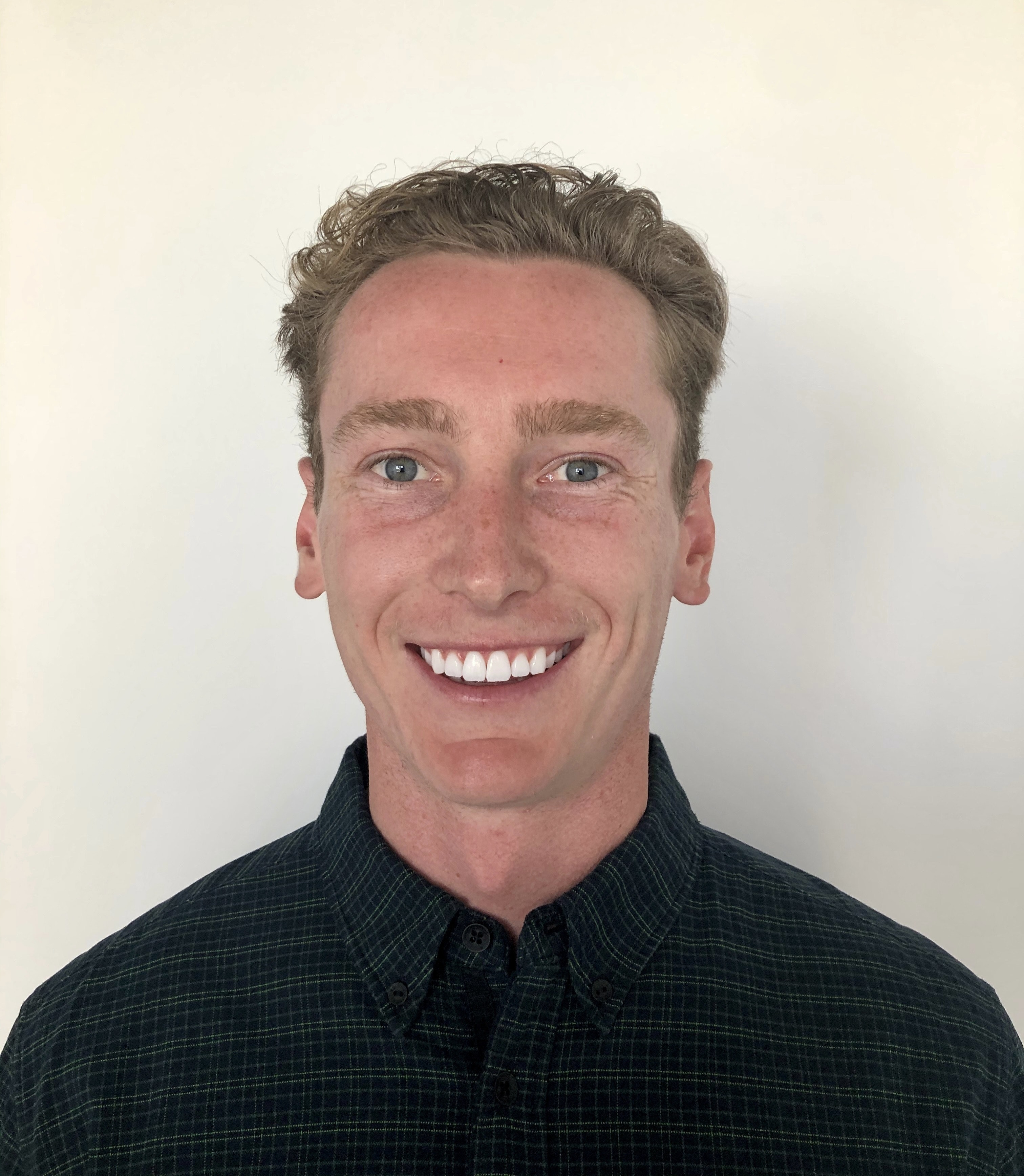 The Media & Entertainment industry is poised for its next evolution. Over the past decade, almost all major players have shifted away from their long-standing distribution business models and launched subscription-based streaming platforms. But as this market becomes increasingly competitive, media firms are already looking beyond streaming subscriptions to find new future growth opportunities.

Where should media be looking? Startups like Mirror and Audius are innovating on traditional subscription models by allowing creators to directly interact with and monetize consumers via tokens. The key difference with these platforms is that they not only enable users to access content but also own it. It’s this idea of ownership that will define the next era of media.

Media’s transition to the ownership era will be fueled by creators and the adoption of web3 concepts, like NFTs (Non-Fungible Tokens), and DAOs (Decentralized Autonomous Organizations). While there is speculation on the sustainability of these applications, media firms that invest in building in the ownership era will generate new revenue streams and establish an edge on the competition. This has huge implications for media and what we will call the ownership economy in the future.

Ownership is a powerful tool to motivate people. It encourages individuals to increase the value of the item they own and aligns incentives across multiple people if they share ownership of that item. A common example of this model is employee stock option plans.

In media and entertainment, there is a lack of ownership opportunities available to end-users. Streaming platforms mainly serve as intermediaries between content and consumers, thus lowering switching costs if consumers decide to cancel their subscriptions. If users were offered skin-in-the-game via ownership, they may be less likely to churn. The next evolutionary step in media is towards ownership, where users can own digital content and drive value back to platforms. This is the ownership economy.

This new model is most prevalent in crypto today, where blockchain networks like Ethereum and Solana are powering the adoption and growth of NFTs. As legacy media and entertainment firms are dealing with slowing subscriber growth, there is an opportunity for these firms to capitalize on this shift.

The ownership economy’s impact on the future of media can be summarized by analyzing a few key market features. Note: metaverse-related topics will not be included in this analysis.

Today, media and entertainment firms attempt to create scarcity for digital content through tactics like theatrical releases and streaming subscriptions. The reason digital scarcity is important to media companies is that scarcity directly influences the underlying value of a product or service. Given sufficient demand, the scarcer an item, the more valuable it is to own the item.

The introduction of NFTs has established a new way for media companies to capitalize on digital scarcity. NFTs provide a mechanism to create scarcity and validate ownership through the blockchain. If a media company were to launch an NFT project based on existing IP with a finite number of tokens, consumers could then buy and own these tokens until supply runs out. This gives the IP owner supplier power and a new way to directly monetize consumers.

On the surface, NFTs appear to be just a digital merchandising play. However, they represent a much larger opportunity if utility is provided to the owners. For example, Disney could release Marvel Cinematic Universe (MCU) NFTs featuring different characters at different stages of their evolution in Marvel comic books. Owners of MCU NFTs could then get exclusive early access to an upcoming Disney+ MCU show, thus increasing the value of the platform and its content.

Established players like Paramount (formerly ViacomCBS) and Bleacher Report are already beginning to invest in NFTs. It’s easy to see why media and entertainment companies see immense upside in these digital assets. With NFTs, these firms can gain a new revenue stream by tokenizing their current, vast IP libraries (as well as any content that gets added to it in the future).

Li Jin, co-founder of web3-native venture capital firm Variant, originally introduced the idea of 100 True Fans two years ago. This thesis is based on the argument that a creator’s 100 “true fans” are more valuable than pursuing a widespread audience.

The 100 True Fans idea has two important implications for media and entertainment firms. First, this model provides an opportunity to segment consumers by their fandom and willingness to pay. Today, Spotify treats all streams equally regardless of the user’s level of engagement. This flattens the demand curve and leaves consumer surplus (i.e., what the consumer was willing to pay above and beyond the price) uncaptured by the platform.

Second, this model incentivizes creators to provide more benefits to their fans. According to the Economic View of Motivation, the more sensitive an individual’s pay is to their performance, the harder that individual will work. Because current subscription models limit creators’ upside with standard pricing and small royalties, creators’ motivation and ingenuity are adversely affected.

With the ownership economy, media firms can recapture lost consumer surplus through fandom-based price discrimination. NFTs offer a way for creators to monetize their most avid fans at higher prices while also incentivizing the creator to provide these fans with more utility. This creates a flywheel that increases the value of the NFT, benefiting both the creator and the consumer. Music startup Sound.xyz is already capitalizing on this opportunity by enabling musicians to release NFTs tied to their music.

A key component of the ownership economy is the idea that communities should be financially rewarded for their participation. To better understand how this impacts media and entertainment, let’s look at problems with modern streaming platforms.

As first noted by a16z’s Chris Dixon, most platforms follow a predictable life cycle. At first, these companies grow by attracting users and complements (developers, creators, businesses) to their platforms with valuable services. As these groups move up the S-curve, their relationships with platforms shift from positive-sum to zero-sum. This can be seen by Netflix’s recent price increases or Disney’s push to limit profit participation for actors and producers.

Media companies can break free from this cycle by moving to a community economy model based on tokens. The goal of the platform will no longer be focused on extracting revenue; rather, it will be tied to how much value is created for the entire network of participants. For the first time, it will allow users to earn financial rewards from participating. Essentially, community economies align incentives by promoting the growth of the platform and the appreciation of the token.

An increasingly popular application of this idea is Play-to-Earn (P2E) gaming, where players are financially rewarded for time spent playing the game. Axie Infinity, for example, is a blockchain-based game in which players battle with characters that are unique NFTs. Players use these characters to earn tokens that are exchangeable in the market. As the popularity of the game increases, the value of the token rises, thus creating a financial incentive for those earning tokens to continue playing the game. If streaming services were to introduce similar token-based models, they could better align incentives with consumers, create more value for the community, and defend against subscriber churn.

More content is being made today than ever before. While this increase in supply is great for consumers, it could hurt streaming platforms given the number of options available. Due to this content proliferation, users are more focused on what they consume. This implies that media firms could be missing out on revenue from customers who are willing to pay for a single show, but not an entire subscription.

The ownership economy could address this problem if content was made available on the blockchain. This model creates a more open marketplace for platforms to acquire content and for IP owners to directly monetize content via smart contracts. This is not to say that streaming services will no longer curate content for consumers. Instead, this is offering a new way for media companies to buy, sell, and distribute IP.

Additionally, royalty distribution in media has become increasingly complex. Blockchain distribution provides an opportunity to streamline participation and royalties to the full network of participants more efficiently. For every piece of IP stored on the blockchain, royalty payments can be programmed into smart contracts and automatically paid out upon usage.

Media is a long way away from shifting toward a blockchain distribution model, but there is increasing capital being invested in this space. For instance, a16z recently led a $6.8M seed-round in Filmhub, a blockchain-based platform that enables filmmakers to directly upload and distribute content to streaming channels. Fox also invested $100M in Eluvio, which provides backend blockchain infrastructure for distributing and monetizing content.

What does this mean for the future of media?

A few hurdles are holding back the adoption of the ownership economy at scale. Due to Ethereum’s consensus mechanism, verifying transactions on the blockchain is slow and expensive. However, the crypto community has been working toward solving this problem by investing resources in alternative blockchains (Solana), sidechains (Polygon), or upgrades (Ethereum 2.0). Additionally, media firms will need to find ways to convince consumers to adopt crypto applications.

Despite these challenges, the ownership economy has the potential to transform the media and entertainment industry. Media companies should start by evaluating how digital scarcity, fandom, community economies, and blockchain distribution will impact their businesses. The ownership economy is also not all-or-nothing; a combination of subscription and ownership-based models will likely be the optimal approach. With that said, making appropriate investments in the ownership economy today will help established players be better prepared for the future of media.