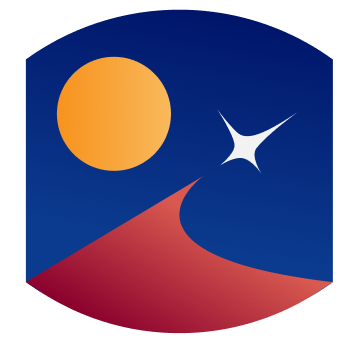 We’re excited to announce that MoonDAO—a DAO that is sending two people into space—has integrated Chainlink Verifiable Random Function (VRF) on Ethereum mainnet. By integrating the industry-leading decentralized oracle network, we gained access to a tamper-proof and auditable source of randomness needed to help select the winning NFT Ticket to Space through a public draw. Ultimately VRF helps create a more exciting and transparent user experience, as users can verify that everyone had a provably fair chance of being selected to go to space and become an astronaut.

MoonDAO is an international collective of people united by the mission of decentralizing access to space research and exploration. In order to support this vision, we’ve purchased two tickets aboard the Blue Origin rocket to space. One of these tickets was awarded to a randomly selected holder of our NFT Tickets to Space through a public draw. We provided 9,060 (the total number of seconds that Neil Armstrong was in EVA on the moon) NFT Tickets to Space, which were available for anyone to mint for free.

In order to help select a random NFT Ticket to Space to board the Blue Origin flight, we needed access to a secure random number generator (RNG) that any user could independently audit. However, RNG solutions for smart contracts require several security considerations to prevent manipulation and ensure system integrity. For instance, RNG solutions derived from blockchain data like block hashes can be exploited by miners/validators, while off-chain RNG solutions derived from off-chain APIs are opaque and don’t provide users with definitive proof about the integrity of the process.

After reviewing various solutions, we selected Chainlink VRF because it’s based on cutting-edge academic research, supported by a time-tested oracle network, and secured through the generation and on-chain verification of cryptographic proofs that prove the integrity of each random number supplied to smart contracts.

Chainlink VRF works by combining block data that is still unknown when the request is made with the oracle node's pre-committed private key to generate both a random number and a cryptographic proof. The MoonDAO smart contract will only accept the random number input if it has a valid cryptographic proof, and the cryptographic proof can only be generated if the VRF process is tamper-proof. This provides our users with automated and verifiable assurances directly on-chain that the public draw is provably fair and was not tampered with by the oracle, outside entities, or the MoonDAO team.

“Chainlink VRF played a key role in helping select a random NFT Ticket to Space holder to win a seat aboard the Blue Origin rocket. Using a provably fair, tamper-proof source of randomness from Chainlink VRF helped enable our community to verify that this once-in-a-lifetime opportunity was given out randomly.” – Pablo Moncada-Larrotiz, leader and administrator of MoonDAO

Chainlink is the industry standard for building, accessing, and selling oracle services needed to power hybrid smart contracts on any blockchain. Chainlink oracle networks provide smart contracts with a way to reliably connect to any external API and leverage secure off-chain computations for enabling feature-rich applications. Chainlink currently secures tens of billions of dollars across DeFi, insurance, gaming, and other major industries, and offers global enterprises and leading data providers a universal gateway to all blockchains.

Learn more about Chainlink by visiting chain.link or reading the developer documentation at docs.chain.link. To discuss an integration, reach out to an expert.

MoonDAO is going to the moon. MoonDAO is an international collective of people united by the mission of decentralizing access to space research and exploration. They raised $8.3 million in a crowd raise to purchase two tickets to space with Blue Origin. Next, they are creating a grant program to allow for the funding of public goods in space. MoonDAO is an open organization, where anyone in the world can work and govern the DAO.

Learn more about MoonDAO by visiting https://moondao.com or get involved in their Discord server.