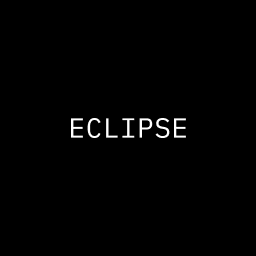 Today we announced Eclipse’s $9 million seed round co-led by Tribe Capital and Tabiya, following a prior $6 million pre-seed round led by Polychain.

The fastest chains today can’t accommodate the throughput requirements of web2 applications. The only way to scale is by running more chains horizontally. But even our best existing chains are forced to make tradeoffs as they simultaneously attempt to be fast, decentralized, and cheap.

What’s missing is some way to take the best parts of every ecosystem and build your own app chain, without having to worry about security. Eclipse lets you build customizable, modular rollups using the Solana VM on any chain. Down the line, we’ll even support Move.

We are excited to use Celestia as our data availability layer to start. Eclipse is a project in Celestia’s Modular Fellows program, and we have iterated on the Eclipse design with Celestia for months.

The Eclipse tooling will enable you to easily deploy your code as a customizable rollup so each developer team doesn’t have to become their own protocol designer, saving development cost and time. This lets you scale to enable the next generation of high-throughput web3 applications.

We’ve received a grant from the Solana Foundation to build Solana VM rollups and bring Inter-Blockchain Communication to dApps deployed to Eclipse. We’re grateful for the advisorship of Lily Liu via her fund Anagram.

Before working as a quantitative researcher at Citadel, I started as a software engineer and built the commodities group’s distributed compute system. Prior to that, I worked as a software engineer at Airbnb, and I published research in differential privacy with Prof. Dawn Song while briefly working at Oasis Labs. My co-founder Sam Thapaliya previously built the streaming payments protocol Zebec on Solana, one of the most widely adopted apps; Zebec is a perfect use case for the Eclipse architecture.

We’ve gathered the support of more than 50 protocols ready to deploy to Eclipse, including Zebec, Notifi, and Friktion.

We anticipate a public testnet to go live in early 2023. This will be an Optimism-style launch where we run all of the nodes ourselves and don’t enable settlement. This way, you can immediately start using an Eclipse chain as we further build out our novel honest minority settlement layer.

We are actively growing our team and looking for talented Rust engineers and Business Development representatives, especially those who have worked at other L1s and rollups. If this is you, please reach out!

Eclipse will enable the first customizable modular rollups, enabling the next billion users to be onboarded onto web3 via high performance applications running on their own chains.

In addition to an angel investment from Anatoly Yakovenko at Solana and a token swap with Celestia, we’ve received investment from Polygon Ventures, Sreeram Kannan of EigenLayer, Galileo (Jack Zampolin & David Feiock of Cosmos), and Big Brain (Solana). We look forward to partnering with these ecosystems to support them for data availability.

While we have made great progress, we have a long road ahead of us. We appreciate your support by following us on Twitter and joining our Discord community. Early members of the community will be rewarded!