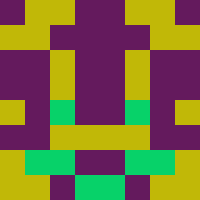 Everything you need to know about the Merge, PoS and next steps.

TLDR; Ethereum successfully merged. A technical feat that allows the network to operate in Proof-of-Stake and thus reduce its electricity consumption by 99.95% and its issuance of ETH by 90%, while making the network more secure and decentralized. We come back to what the Merge is, how it works, its benefits and the next steps of the Ethereum roadmap.

Translated from the post I wrote in French for Ethereum-france: https://www.ethereum-france.com/ethereum-a-fusionne-🐼/

What is the “Merge”?

The Merge corresponds to the Merge of the Ethereum chains which took place on September 15, 2022.

The Ethereum blockchain had a single chain at its inception that operated using a consensus mechanism associated with Proof-of-Work (PoW).In December 2020, in view of the transition to Proof-of-Stake (PoS or Proof of Stake) anticipated since its creation, another chain was launched: the “Beacon Chain” also called the “Consensus Layer”.

From the launch of the Beacon Chain to the Merge, two chains ran in parallel:

The Merge marks the merger of these two chains and the change in Ethereum's consensus mechanism with the end of PoW and the transition to PoS. The Merge comes with improvements such as reducing power consumption by 99.95% and sets the stage for future updates, such as sharding for scalability, which will become easier to implement.

How did the Merge go?

The TTD (Terminal Total Difficulty, which represents the cumulated hashrate delivered by miners on the Ethereum PoW chain), determined by Core Devs on August 18, 2022, allowed to estimate the Merge timeline: expected between September 10-20, 2022.

We followed the TTD prediction via https://bordel.wtf (referring to the Czech hacker community of the Paralelni Polis)

We followed the “Ethereum Mainnet Merge Viewing Party” organized by the Ethereum Foundation, Bankless, EthStaker, Ethereum Cat Herders and The Daily Gwei. We had guests like Superphiz.eth, Pooja Rajan, Tim Beiko, Anthony Sassano, Justin Drake and Vitalik Buterin who answered recurring questions: why the Merge, how does Merge work, how to improve client diversity, how to maintain decentralization etc.

As usual, Jonathan Mann, sang us a song written for the occasion: 'Pandas Are Not Known For Running'. Danny Ryan detailed the steps of the merge: a first block and the attestations coming in, ≈ 32 blocks in the 1st epoch, with 2/3 participation of validators needed to justify it. After the 2nd epoch, the first blocks in PoS were finalized and the Ethereum chain officially switched to PoS.

If these terms are foreign to you, don't worry, we will detail them in the following article.

The first block in Proof-of-Stake is this one: https://etherscan.io/block/15537394, we see it at the difficulty of the block which equals 0, meaning that the block has not been mined and no hashrate has been spent to produce it.

What is Proof Of Stake (PoS)?

The PoS or PoW, the anti-Sybil mechanism associated with the consensus of blockchains, is central to their operation: it is what makes it possible to determine their state, i.e. to organize the blockchain by producing its blocks, which contain transactions. Unlike PoW which works with miners, PoS uses validators to determine the state of the blockchain.

Each block (grouping of user transactions) of the Ethereum blockchain is submitted to a group of randomly chosen validators, who verify the transactions by re-executing them, verify their signature and submit their vote to the network (in the form of attestations) in order to propose the validation of the blocks.Block validation time on Ethereum under PoW was 13/14 seconds. Now, the time per block is determined by fixed "slots" of 12s, 1 block per slot, validated by a randomly chosen validator. Several slots form an epoch. 2 epochs are needed for the blocks to be considered final and irreversible.

Validators are compensated for several things:

PoS brings a change for miners/validators. There are no major changes for users or app developers, or even network disruption. To learn more about the consensus mechanism of PoS, 0xfoobar made a great explainer here.

What are the advantages of PoS vs PoW?

Comparison table of PoW vs PoS

What are the next big steps for Ethereum?

Ethereum scaling has been a hot topic since its inception and the next major challenge of the “core devs”.

We have been able to prioritise The Merge thanks to the emergence of scaling solutions such as the Rollups, which relieved the L1 of Ethereum and allowed the Merge to emerge ( 🤭 ) first. It is around the Rollups that the Ethereum roadmap has been built for years; Vitalik spoke in 2020 of “rollup-centric ethereum roadmap”.

The Merge is a major upgrade, if not the biggest to date. In addition to the changes it brings, it lays the ground for the next big stages of the Ethereum roadmap, namely:

As shown in this diagram (published by Vitalik in December 2021, not updated), the development of the main stages of the Ethereum roadmap has progressed in parallel.

It is expected that the pace of updates will be sustained in the months / years to come.