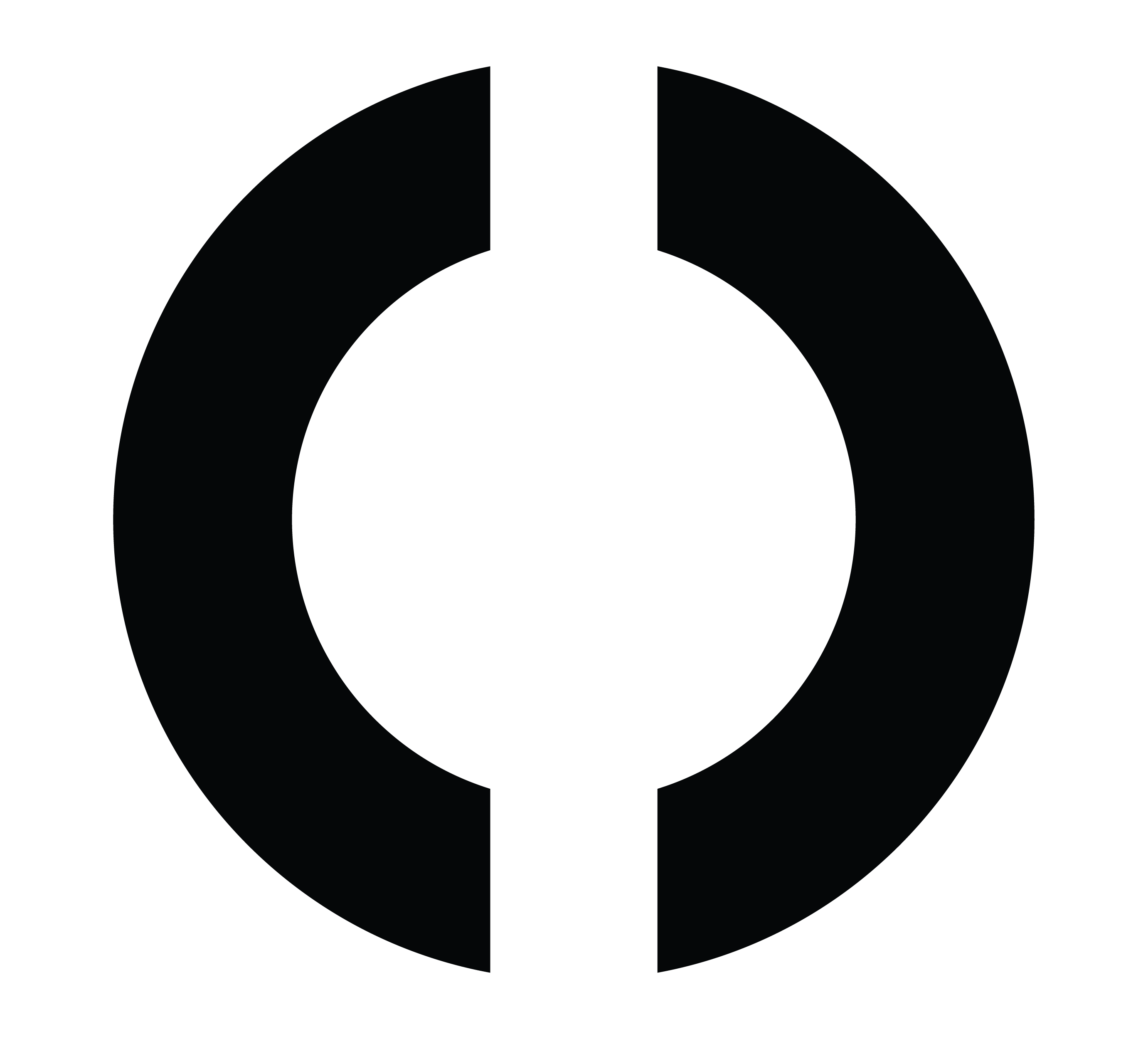 TL;DR: In a rapidly digitizing global society, the need to establish reputation is of significant importance for creating trust and establishing rapport, for conducting social and economic transactions.

Existing Web2 reputation models are outdated, suffering from a lack of trust, data exploitation, censorship and centralization. Web3 technologies such as decentralized finance (DeFi), non-fungible tokens (NFTs) and really any smart contracts mark the possibility of a new paradigm for digital trust in an emerging highly financialized industry. SOURC3 is creating new reputational models that are user-owned, censorship-resistant and trustless.

The Digital Transformation of Society

Since the launch of the World Wide Web in the 1990s, human society has been on a steady trajectory toward becoming an inclusive interconnected community spanning the globe. This increased digitization has been led partly by skyrocketing technology adoption rates; with roughly half of the world’s population now having access to personal computers or smartphones and can access high-speed internet.

The COVID-19 pandemic further accelerated the global digital transformation, as nations announced lockdowns and quarantines, forcing many businesses and industries to shift their presence online, greatly increasing the reliance on the internet and online coordination platforms. Two examples of this acceleration are, DeFi’s astronomical growth from $2 billion total-value-locked (TVL) in 2020 to $85 billion by early 2022 and, the video meeting platform Zoom growing its daily meeting participants from 10m to 300m in a span of fewer than 2 years.

As more of our previously physical human interactions transition into novel digital interactions, there is a heightened need to identify the parties and establish new ways of creating trust between individuals and organizations that have never met one another before.

From a social science perspective, trust has always been regarded as a key foundation that practically defines all human interactions and relationships. Think of all the ways we use to establish trust on the [Web2] internet:

Before conducting an online purchase, we are likely to prospect the reputation of the marketplace (e.g. Amazon) and the vendor, by reviewing customer feedback and reading through the product reviews.

Similarly, before accepting a job offer, you are likely to use a social-professional platform like Glassdoor to assess a company’s reputation, reading testimonies from employees, since this information can be more reliable than what organizations claim about themselves. This is reputation derived from the social verification of a party i.e. what other parties claim and report about a party.

A stronger form of reputation can be based on the party’s merits or previous performance, i.e. reputation that can directly be derived from the party’s actions, such as a portfolio that contains examples of verifiable works and contributions. For example, to assess a writer’s proficiency, one can read their previous works. To judge a developer’s programming skills, their GitHub and StackOverflow profiles will be reviewed.

While these forms of reputations work to some extent, the ability to intrinsically trust a party remains elusive, intrinsic is trust that we may feel ‘just like that’ bypassing the reliance on external reputation.

In this article, we focus on Web2 reputation models in the form of social-professional platforms such as LinkedIn and GitHub that contain millions of individual professional profiles. The existing Web2 model is dominated by a handful of profit-driven companies, that while providing a service to their users and the public, are in fact aligned to their shareholders and not the users. We highlight some of the core problems found in Web2 social-professional platforms:

Reputation generated without verifiable evidence has low efficacy and can be unreliable.

Web2 digital reputation platforms like LinkedIn heavily rely on user-created profiles, resumes, and peer endorsements, none of which are immediately verifiable. This type of reputation known as social verification has low efficacy, as a party is allowed to make subjective claims about itself and other parties, without being required to provide any evidence. Theoretically, all of the information can be made up to create fake profiles and organizations; many reports suggest this is true. In the first six months of 2021 alone, LinkedIn removed over 15 million fake accounts.

In Web2 data is stored in private centralized warehouses with centralized platforms controlling all access to it. While some data is made available, it is difficult to locate and not presented in a meaningful way. GitHub — a software development platform — is often used to assess a developer’s reputation, but this is a manual and tedious task requiring much prospecting on the inspector’s part.

Certain metrics, which may be important for a user’s reputation, are completely overlooked and not properly accredited. For example, GitHub does not recognize a developer’s contributions made to a forked project, a defining feature of Web3 development.

The formation of reputation in the digital world is data-driven, and users have little to no control over it. This unrestricted power to deplatform user’s puts their reputation at risk. Such was the case in August 2022, when GitHub removed developer accounts associated with Web3 privacy-preserving protocol Tornado Cash, removing developers’ entire contribution history, code and professional reputation.

User reputation is platform-bound and incompatible with the future of the Web.

The future of the internet is Web3 and much of the existing Web2 stack is not fully compatible. Web2 is built on closed source code, stores data in closed silos and platforms are not designed to have native compatibility with one another, requiring separate accounts for different platforms. In contrast, Web3 is built on open source code; DApps are interoperable protocols that live on the blockchain, all of them requiring a single decentralized wallet to connect.

Web3 technologies such as blockchains, non-fungible tokens and smart contracts mark a new paradigm for digital reputation. Web3 technologies can improve existing solutions to digital trust through trustless protocols, and create reputational models that are user-owned, censorship-resistant and provable.

Users’ identities, credentials, and reputation become verifiable in Web3. A user’s credentials can be permissioned and ownership of on-chain digital assets such as POAPs (Proof of Attendance Protocol), and on-chain activities such as deploying a contract are all verifiable forms of reputation.

To combat spoof accounts and potential Sybil attacks, Web3 protocols implement “proof of personhood” solutions, e.g. Gitcoin Passport uses a process to confirm a decentralized identity actually belongs to a human, rather than a bot. ETHGlobal hackathons participants are required to stake tokens that are redeemable after attending the event cementing the connection between digital identity and its human owner.

Having ownership of your data is key to building your digital reputation.

Decentralized identities are non-custodial, stored in the users’ wallet and instead of being stored on the platform, they are secured on the blockchain allowing users to seamlessly move their digital reputation across different Web3 social and professional platforms. Just as users can access their funds across DApps like Aave, Uniswap and Curve by connecting their decentralized wallet; users’ profiles, contributions and professional history should move across Web3 platforms in a similar fashion.

On-chain reputation is platform-agnostic and uncensorable.

Web3 models of development are based upon the creation of public goods that benefit the whole of society. These protocols are designed to be publicly accessible, all-inclusive and community owned and governed; dispersing value to users and communities. No entities should be able to tamper with or censor a user’s on-chain reputation or identity.

Web3 applications known as DApps function without centralized entities, are entirely open source, live on the blockchain and are governed by the lines of code located in the smart contract. This enables trustless protocols, where parties behave only in a specified predefined manner, opening up a pathway for digital intrinsic trust. A smart contract’s reputation can be derived through its on-chain execution of lines of code, always executing in the same predictable manner.

Uniswap is a trusted (and trustless) open source protocol that lets users swap tokens without needing to place trust in a party. Its code is its reputation, which can be audited at any time on the blockchain.

SOURC3 is built the Web3 way: decentralized, open source and equitable, allowing developers to build an on-chain reputation by giving provenance to their contributions and creating a decentralized identity for software developers.

The SOURC3 Network reviews a developer’s history of contributions (eg. from GitHub) and analyzes multiple data points from their on-chain activity (eg. deployed smart contracts) to generate a comprehensive reputational view of both know-how and trust, all associated with a developer’s wallet (eg. Wallet Connect, MetaMask).

The Web3 revolution is here and as is the case with emerging tech fields, some type of hacks, scams and rug pulls will inevitably occur. The ramifications are especially significant in Web3 because most transactions are financial in nature. On-chain reputation adds a much-needed layer of public trust for the developers building and the users using on-chain services.

Team building: A developer’s reputation score makes it easier for projects and builders to match needs and skills.

Provenance of contributions: allows developers to build a resume with provable records of their entire coding history and project contributions to the blockchain, tied to their digital web3 identity. This is a far more reliable way of storing a user’s reputation; taking it away from the hands of centralized entities and placing it on trustless public decentralized ledgers.

Provable reputation: users can verify the proficiency and reputation of developers by viewing their on-chain contribution history (DApps/projects contributed to, total users of DApp, DApp TVL etc.) to determine if their previous works are trustworthy and reputable.

Sybil resistance: connecting all these dots makes a great case for a Sybil resistance metric. While it is easy to spin up Sybil accounts it is near impossible to do so with an on-chain history of contributions.

We’re developing a game-changing use case linking decentralized identities, contribution provenance and on-chain metadata to power a new standard that we are calling KYD or “Know Your Developer”, which we will be explored in our next write-up.

Built to benefit the creator community, SOURC3 is a Web3-native, decentralized platform for on-chain reputation management.

Visit: http://www.SOURC3.xyz for more information about moving from the Web2 world to building the Web3 way.