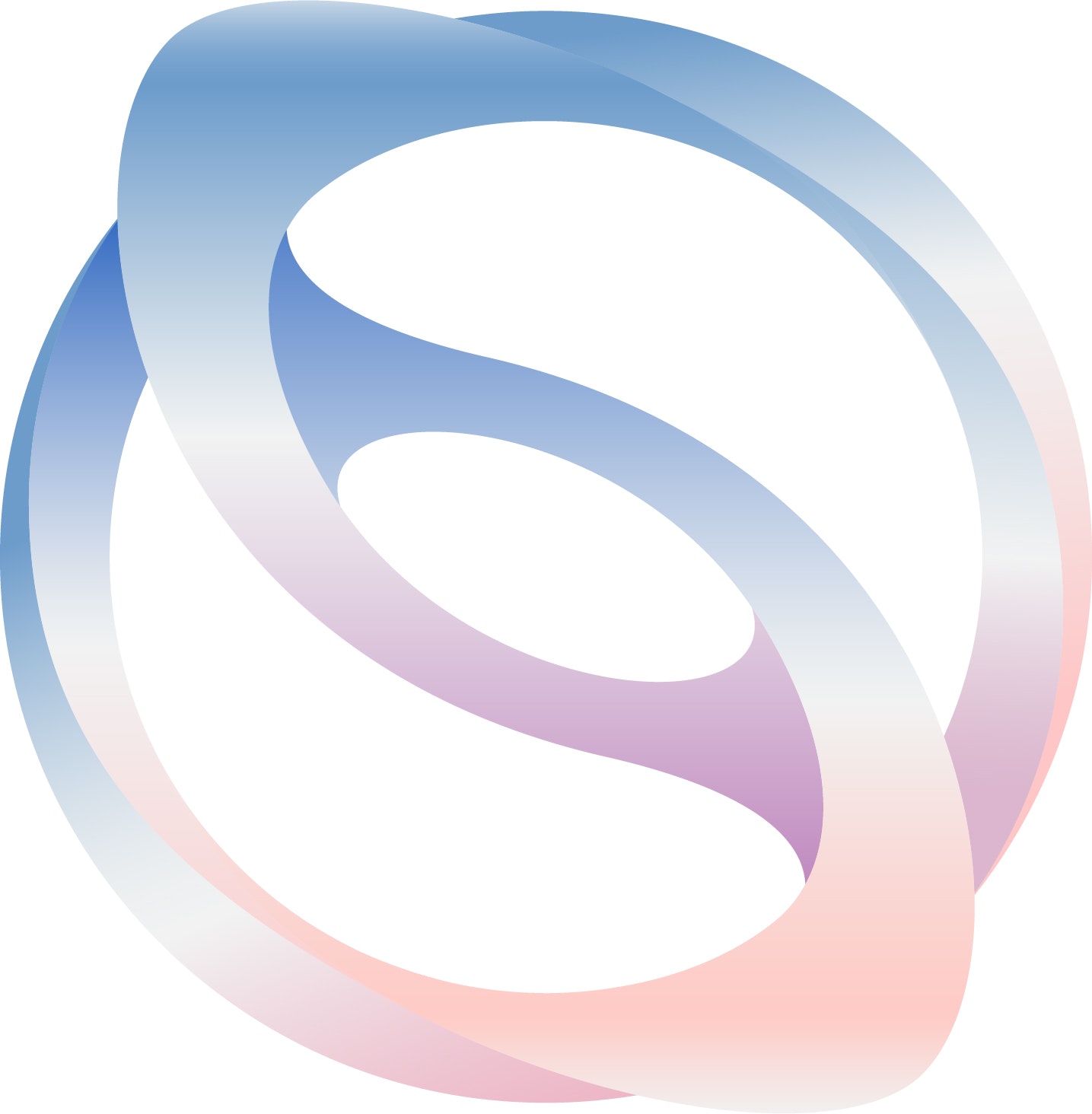 Holonym is a decentralized protocol for bridging credentials across web applications, blockchains, and physical records. The protocol was originally developed to support the needs for scientists building research web apps in Web3. You can check out the DeSci DID registry (alpha), a Web3 scientist “yellowpages,” powered by Holo at https://verse.opsci.io

Decentralized Science (#DeSci) is a nascent web-native movement seeking to deploy scientific applications on decentralized internet protocols that are autonomous and community owned. The automation of scientific web services — such as permission-less publishing, laboratory protocol marketplaces, and grant making — requires a portable persistent identifier that links data across applications, verifies credentials, and maximizes the discoverability of research activity. Most importantly, this identifier must be controlled by who it describes and protect against impersonation. Current infrastructure for assigning identifiers to academic entities falls short of this requirement list, yet there is a chance to bridge existing tooling with new technology to solve these problems.

“Holonym, is an idea inspired by Nick Szabo, the first to introduce smart contracts and virtual personae in the late 90s. A Holo is defined as a whole greater than the sum of its parts, where each linked Nym provides a distinct bit of information about a person.”

💠 Holonym is a Decentralized Identity Protocol

OpSci has translated the requirements for automated scientific web services into Holonym, an autonomous protocol for linking web accounts, credentials, and identities under a unique persistent decentralized identifier (DID). Holos are a permanent reference to a unique entity and may act as a service endpoint for authorized applications to access and compute on associated metadata. The name Holonym, is inspired by Nick Szabo, the first to introduce smart contracts and virtual personae in the late 90s. Holo is defined as a whole greater than the sum of its parts, where each linked Nym provides a distinct bit of information about a persona.

The Holonym protocol is decentralized, meaning that the protocol is non-proprietary, and runs on a global network of nodes. The code is open source and available for anyone to implement, integrate, or fork into their own application. Holos are self-sovereign, meaning that they are controlled by the identity’s owner. Each Holo can only be created or modified by the entity that owns the cryptographic keys used to sign and authorize actions on the decentralized networks that the protocol is deployed on.

🔗 Holonym is an Identity Layer for all dApps

Holonym is a low-level persistent identity layer for the internet that enables a variety of use cases, specifically for decentralized Apps (dApps) that require access to verified user metadata. Any dApp can access a publicly listed Holo, filter by, or compute on, associated data and resolve the results on the front-end of any arbitrary website. In other words, developers have incredible flexibility to write versatile “view functions” on the underlying Holonym database.

What are Unstoppable Applications?

dApps are web applications that execute their instructions, or smart contracts, on a distributed network of nodes that ensure tamper-free consensus and no single point of failure. Consensus is typically implemented on a blockchain, where the previous history of all dApps is public and permanently stored by the nodes in the network. dApps have the advantage over centralized web services in that they are interoperable and autonomous; this means their activity is completely transparent, under no central control, permanently recorded, can’t crash, be turned off, or shut down.

What can I build with Holo?

Holonym smart contracts enable accounts to be aggregated into a single Holo and indexed by the public cryptographic key of the owner. Public key lookup is a simple but powerful feature that allows the owner to link their interactions on a distributed network to “off-chain” and “offline” activity. Some examples of “view functions” that link a user’s data could include:

Many more possibilities abound, where a developer’s imagination is the only limitation 💫

OpSci’s mission is to build infrastructure in support of web-native scientific communities. In the short time we’ve been around, a rising wave of DeSci projects have emerged. We built Holonym to provide a primitive for identity verification and support the most promising use-cases in this emergent space: Permission-less Journals, Decentralized Science Markets, and Grant Making.

Journals of the Future: Automated Peer Review, Publishing, and Archival

A “permission-less” automated journal is a hypothetical dApp where any author can submit an article, have their content archived permanently, get matched with relevant peer reviewers, and publish their paper into mainstream indices completely automatically, without requiring pre-approval from an editor or administrator. There are multiple challenges to be solved for a permission-less journal, most stemming from verified identities.

A decentralized science marketplace is a platform where service providers can publish laboratory protocols, or analysis workflows that can be executed on demand and their results made securely available to the consumer. A key challenge for market operators is moderating and ranking listings by reputation and quality of services offered. Market consumers are more likely to purchase services when service providers can prove their reputation.

A highly active field of the DeSci movement is exploring novel mechanisms for crowdsourcing funds to issue grants for scientists performing high risk research that doesn’t fall into government funding mandates. Some early pioneers have begun accepting crypto as donations, sold Non-Fungible Tokens, either artistic or legal claims to the underlying IP, or raised capital through token offerings. More sophisticated grant making will require the introduction of reputation and verified identity in order to scale as a decentralized service.

For example, consider a science DAO that offers services for industry and collects a transaction fee for each purchase. That transaction fee is deposited into a treasury that awards grants on a quarterly cycle. Who should grants be issued to? How is the mechanism protected against spam, or impersonation attacks? What is the overhead for due diligence?

What do DeSci dApp Developers Need?

We’ve spoken to builders in the DeSci space and key pain-points for deploying autonomous science dApps are:

The most common request to address these problems is easy integration of ORCID, a centralized persistent identifier that has been adopted by approximately 50% of academic researchers worldwide. We aim to become a trusted verification resource for ORCID to bridge these existing scholars with DeSci dApps.

📚 For the Record: A Short History and Future Roadmap

Holonym was born out of a call to action from the Open Science DAO in January 2022 to reimagine how web-native academic credentials could be improved using principles of decentralization, open source, community governance, and self-sovereignty. The idea was incubated in the months leading up to ethDenver, where the project was announced at the DeSci hackathon project pitches session, a part of the DeSci@ethDenver conference.

A team was formed around the project pitch and we quickly deployed a prototype smart contract that forwarded web tokens issued by identity providers, such as ORCiD or Google, to a database stored on the Polygon blockchain and indexed by 0x Ethereum formatted public addresses. The web token forwarding (WTF) hackathon project won three awards from ethDenver judges for our novel contribution to on-chain, smart-contract compatible identity verification.

Inspired by our early success within the Harmony ecosystem, we established a 6 month incubatory product roadmap with a call for open participation and are currently exploring funding avenues.

The DeSci Identity Registry hosted on https://verse.opsci.io will be the first demonstrated use-case of Holonym and will be revealed in Amsterdam on April 20th, 2022 during DeSci Day as part of the Ethereum Devconnect conference. We will support free account verifications on Gnosis Chain by airdropping new users that hold the Holonym DeSci Day Proof of Attendance Protocol (POAP) token that proves their attendance at the event on that day.

We would like to announce a second call to action for developers to join us during the ethAmsterdam hackathon to explore novel use-cases of Holonym, both in DeSci dApps and beyond!

Those that missed the live demo and airdrop can still obtain early adopter perks and access to community events and features can help support the project by minting an Early Access Badge.

The next few months, we expect to explore additional niche use-cases to discover the most pressing concerns for those building web applications in Web3 and that need discoverable identities. We are excited to work with DeSci DAOs and developers that want to integrate identity verification into their application or community tooling. If you are a developer and interested in learning more, we want to hear from you! Please consider completing our survey.

In the spirit of progressive decentralization, we expect to pass governance to the community by assigning the cryptographic keys that control the underlying smart contracts to a decentralized autonomous organization (DAO). Once the tooling is mature and the protocol is stable, we will leave it to the community to decide the best way to capture the value of an automated identity verification protocol.

DeSci Labs, Renee from talentDAO, Ted from Proof of Humanity, Niklas from LabDAO, Patrick from ResearchHub, and Lit Protocol for feedback, advice, and support for integrations. Thank you to the Harmony Grants DAO for choosing Holonym as one of the winners at ethDenver.

Does the idea of a free, open, internet of science ring a resonant chord with you? Consider joining the OpSci community to learn, connect, and collaborate with others building a commons for co-discovery.