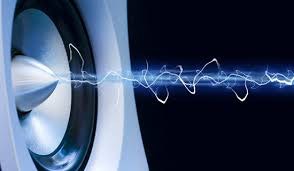 we’ve been at this whole ‘future’ thing for a while. since 1985 for most of us here at Orion. none of this is new.

along the bumpy road of entrepreneurship, founders and the beautiful people who choose to work at startups are constantly reminded of the risk around their work. factors include our risk-averse culture, negativity bias, and a genuine misunderstanding of the product or service being created & offered. if it was out there, proven to the world, you wouldn’t be creating it.

…but how far out is ‘future’

in a single word: perspective

to a person who chooses analog work, is consumed by administrative tasks, or works for an archaic organization, the future is far off. they have legacy support issues, overblown budgets, and people jumping ship. it’s hard to see the future when you’re putting out 🔥.

to a full-stack developer, a computer vision engineer, or an entrepreneur rethinking how people will work, the future is the daily focus, and the technology leapfrog is their friend. 🐸 in many ways, tomorrow is today.

there is no such thing. too far out is simply a nay-say response you get when you have a lofty idea that will take a long time to MAKE MONEY. this response generally originates from people who don’t understand the time aspect behind Moore’s Law. (1) compute power is exponential, (2) the cost is reducing, which (3) results in some tech being absolutely new without any traditional precedents.

that’s where we are today.

new tech that has no precedent - it’s not a simple iteration - it’s actually new. 🐣

just yesterday, a company called GitLab launched a new product called TeamOps. it’s a platform that takes all the traditional issues associated with work teams and creates a virtual environment that helps bring people together to make better decisions and improve execution. they don’t stop there though - they’re also bringing culture, data, empowerment, and technocracy to the table. as someone said in one of the Purposeful Intent roundtables in Toronto this week, they’re vibrating at their own frequency. as one of the best examples of a remote-first organization, GitLab is sharing how they work with whom they work. better together. 🔮

to all those out there who are building - keep building. keep important society concepts like interoperability, open-source, and decentralization front of mind. your kid’s future depends on it - a future that’s closer than we think.

Photo by Martin Neuhold on Unsplash