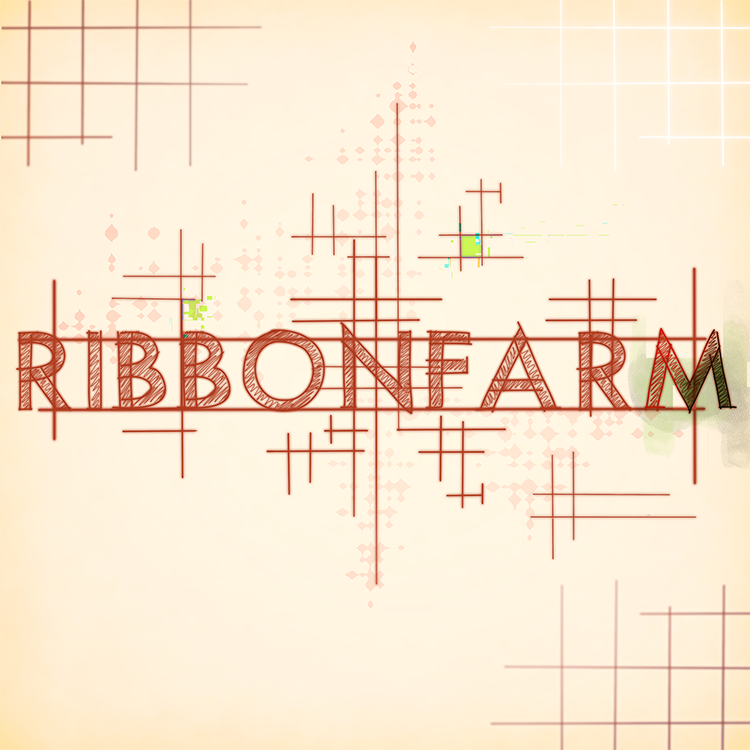 I’m going to start using my Mirror blog to post quick and dirty notes on all things Web3 as they occur to me, since some thoughts are too chonky for my Twitter, and too inside-baseball for my Web2 blog, ribbonfarm, or my Substack newsletter, ribbonfarm studio. I don’t yet have a real Web3 writing strategy, so this is just kinda messing around for now. Don’t take any of these notes too seriously -- it’s going to be super off-the-cuff and I might make bonehead blunders.

At the Yak Collective, we’re just starting to experiment with DAOs using the Colony platform, so we’ve been reading a lot about the topic in our regular Monday morning blockchain roadmap calls (the idea is to path-find our way to actually working DAOhood to the extent it makes sense for us; we are not a DAO yet, and have no real interest in just claiming the DAO label for cachet-value). Over the weekend I also sampled a bunch of the presentations from ETHDenver.

I’m pretty green around this stuff, but 3 related problems immediately popped out for me, and at present I see no obviously easy and elegant solutions to any of them. I do think they will be solved, but likely in pragmatic ways that will thoroughly disillusion idealists really attached to “trustless” as an ideology.

I’ll throw out my notes in the form of a series of definitions.

The Vapor DAO problem is like a vaporware DAO, existing primarily in theoretical form. Vaporware is software that mainly exists in somebody’s imagination, as a bunch of block diagrams, perhaps a charismatic speech or essay, and at most as a set of wireframe mockups or hollow “demos.” There’s no actual running code. I have zero data to back this up, but I have a strong suspicion 90% of things that call themselves DAOs right now are Vapor DAOs. Forget conforming to any formal technical conditions of autonomy in the mechanism or whatever -- there’s no there there to audit for conformity to definitions.

The equivalent of running code for DAOs is an active and engaged community that’s actually doing stuff, and doing legislative governance around the stuff. A Vapor DAO might have issued a token, and set up some scaffolding for voting and such, but doesn’t actually have any live, load-bearing governance process to speak of. Perhaps a few principals make effectively autocratic decisions because no agency of consequence is actually under the direct control of the DAO itself. This is likely to happen because there is not enough value in play to be worth anyone’s time to get involved in fiddly direct democracy or even token-delegated indirect democracy. Do you really want to spend a couple of hours a week thinking about how to vote your shitcoin tokens in the inconsequential decisions of some shitty DAO? No. Chances are, if you hold any nominal governance power, it’ll just sit in your wallet doing nothing. You might at best pay enough attention to sell the tokens if random events cause it to moon.

The DAOwashing problem is related, and I think is just starting to appear on the scene. Here there IS likely a lot of value in play (maybe big, liquid treasuries, or algorithmic influence peddling around some celebrity like Andrew Yang). But the high stakes and real-world power asymmetries will lead to situations where there is high marketing upside and cred to presenting as a DAO, but high downside to actually operating as one. So there will be a flood of theatrical DAOs set up, full of sound and fury signifying nothing, with the real power and agency consolidated at another locus. Like greenwashing and other off-chain *washing phenomenon, the theatricality is the function. The appearance of significant action unfolding according to some set of principles X, with actual action unfolding elsewhere according to some different set of principles Y. This is not harmless. It will turn the landscape of DAOs into a marketplace of lemons, where the bad DAOs will drive out the good DAOs (there’s some corollary to Gresham’s Law here, since “DAOs” are pretty close to “moneys”).

Finally, Governance Overload. Even if we assume great filter and audit mechanisms emerge to filter out the Vapor DAOs and DAOwashing theaters (there was a pitch about this at ETHDenver, I forget the name, but some sort of klout-for-DAOs thing), just how much governance bandwidth do people think there is here, to go around?

I mean, in most democracies, 40%+ of people can’t even bring themselves to go out and vote in major national elections. Local elections are ghost towns of low turnout unless some dumb flashpoint issue has come up. You really expect to see a world where large fractions of people are showing up to vote, arbitrate, and help govern thousands of random little dApps that have built DAO-based governance into their product architecture?

And remember, except in cases where rare, high-value governance tokens are involved (which will induce its own set of shareholder-activism type problems), this is going to be largely thankless labor, much as it is in the old off-chain world. The kinds of people who show up are a) the ones driven by some higher sense of civid duties, b) tyrannical special-interest minority groups trying to take over the thing at the expense of the majority or c) crackpots who want to show up at town halls to make crackpot speeches about the Earth being flat or ruled by lizards or whatever.

There is zero reason to believe this pattern won’t reproduce itself in Web3 governance.

This is not a theoretical concern. I watched most of the hackathon livestream from ETHDenver, and most of the pitches seemed to be aiming to claim the coveted “Decentralized!” label with a particular design pattern:

This pattern is either disingenuous or naive for all but the most valuable and well-governed of DAOfied ideas. If your product requires a DAO to work at all, to handle non-trivial, non-rare exceptions, you have to do MUCH better than this to get people to devote some of their very limited and precious governance attention bandwidth to it.

To calibrate, in Web2, two-sided marketplaces are among the hardest kinds of startups to do, since you have to spin up both demand and supply (the famous chicken-egg problem). Here you’re talking spinning up a three sided marketplace of demand, supply, and governance. Kinda nice that we go from 2 to 3 dimensions in the hard case, as we go from Web2 to Web3.

I basically don’t think this direction of a vast landscape of tiny local political zones will work. Instead, something like what happened to American politics (the emergence of parties despite founding fathers warnings against parties) or the American labor movement (fragmented landscape of high-skill trade/artisan unions getting rolled up into large, generic low-skill labor groups) is where we’re probably headed. This also means delegation over direct participation.

A third alternative is that instead of everything being done in a legislative mode, something like a judiciary will spin up -- a sector of Web3 devoted to appeals and arbitration. Products that anticipate conflict resolution needs will perhaps have a mechanism to “take the conflict to court” instead of to a DAO. And the judges or arbitrators will get paid in currencies that are worth something, not obscure local currencies.