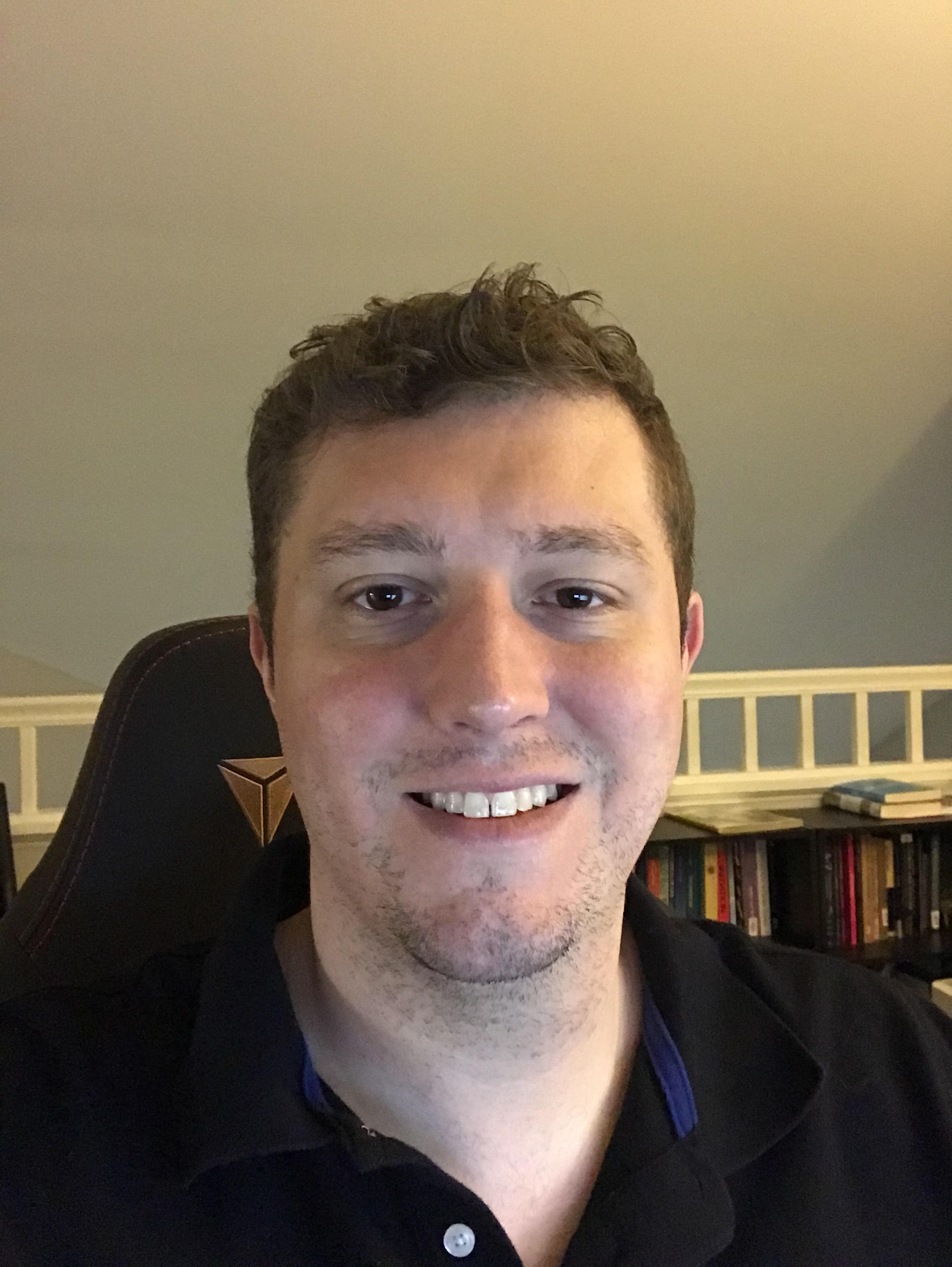 DAOs provide new ways for us to coordinate and cooperate with one another. DAOs also allow us to develop smart-contract based creation and usage of shared economic power. Many DAOs may resist the co-op label. Admittedly, not all DAOs need to be co-ops. However, DAOs are already experimenting with how members can cooperate, share resources, and democratically solve problems in a decentralized way, just like co-ops.

A values-first approach is optimal when building a strong collaborative culture, and leads to increasingly productive outcomes when fusing time tested values with the dramatic network effects of blockchain technology. Members with a shared set of values can rely can build a lasting community, a key to consistently solving coordination problems over longer period of time.

The Rochdale Principles can be readily applied to DAOs, and align with many unspoken values observed during DAO participation. These principles can be used in our times of rapid change and upheaval to ensure we are building cooperative organizations that act in the best interest of their members.

Co-operatives are voluntary organizations, open to all persons to be able to use their services and willing to accept the responsibilities of membership, without gender, social, racial or religious discrimination. DAOs exemplify this principle in that anyone can freely join or leave a DAO, with their identity cryptographically secured and protected on the blockchain. Participants can choose how much to reveal about their identity, or even create their own pseudonymous identity. An important part of the 1st principle is the ability to leave a DAO on your own terms. A good example of this is DAOhaus' "rage quitting," which is a mechanism to equitably leave with however many economic and/or voting shares you wish to withdraw.

Given the open nature of DAOs and the lack of coercion in keeping members from leaving, DAO members need reasons or a motivation to participate. Each individual obviously has their own unique motivations, and often members will be involved for either one or a combination of: improving their financial life, career prospects, education, making connections, a sense of community, contributing to a greater whole, giving back, and more. DAOs that adopt the Rochdale principles as a value framework already begin to give their DAO community based, freedom enhancing values. Members can establish and create their own motivations for being involved, and then realize them. This bring us to the second principle:

According to the The International Cooperative Alliance (ICA) statement on Co-operative Identity, "Co-ops are democratic organizations controlled by their members, who actively participate in setting their policies and making decisions. Anyone serving as an elected representative is accountable to the membership. In primary co-operatives members have equal voting rights (one member, one vote) and co-operatives at other levels are also organized in a democratic manner."

DAO governance models are being actively experimented with in real time, with models including permissioned relative majority (Moloch DAOs), multi-sig, token based quorum voting, and many others being developed for different use cases. The decentralized and distributed nature of DAOs and smart contract architecture can introduces fascinating use cases and experiments in democratic ownership. Not only can smart contract voting systems be established at any level of the DAO and its guilds (sub-DAOs that members can freely form for objectives they define), members can develop their own types of democratic decision making at different levels and for different tasks, as the need presents itself.

With democratic member control comes equitable control of the DAO’s capital. Members must have a say in how at least part of the common capital, or treasury, of the co-op is used. By having voting rights of the DAO linked to economic rights, democratic control becomes embedded in DAO culture and creates a flywheel to benefit members equitably.

Member control of treasury resources can lead to the development of positive sum cooperation games that ensure optimal outcomes for all DAO members. Members can vote and decide how their capital is deployed to further develop the DAO, undertake new initiatives, benefit members in proportion to their contributions, develop educational resources, and even vote on investments the DAO treasury can make. By having the treasury controlled by the members themselves, this in turn makes a DAO an autonomous unit, in that the DAO is member owned both economically and politically, without the guidance or interference of a third party.

When first learning about DAOs, I took the "autonomous" part to mean that DAOs ran autonomously on the blockchain due to smart contract interaction. While this is partly true, I've grown over time to see DAOs importantly embodying the meta-value of autonomy in practice. This aligns DAOs with the 4th Rochdale principle, which states that co-ops must be autonomous and independent.

Embodying this principle means that DAOs are autonomous entities that can enter into agreements with other organizations. They are not beholden to a board of directors, shareholders, or a government entity. Any agreement a DAO chooses to enter is done on behalf of the members themselves, who can initiate their own proposals. Member owned capital also ensures the DAO doesn't become inadvertently dependent on third parties, which inevitably erode the cooperative ownership over time.

Third-party influence and objectives may or may not be in the best interests of the members, and members are ultimately autonomous from these third parties. Having members invested in ensuring their DAO remains autonomous also motivates members to participate economically and politically in running their DAO, creating a positive feedback loop of investment of the members in their own best interests.

The 5th principle states that co-ops must provide education and training for their members, and any interested members of the public. Co-ops have a responsibility to ensure all members, elected representatives, and any employees they have are trained adequately so they can contribute effectively to the development of the co-op. Co-op members also are responsible for leading their own outreach and education efforts amongst the public.

Peer to peer education is an important part of DAOs that maintain a cooperative structure. A DAO I am proudly a member of, Developer DAO, embodies this value in nearly every aspect of its operation. Learning resources, tutorials, workshops, and more are aggregated and developed by members. This ensures a cohesive, continuous learning culture that provides benefits for members while also ensuring the DAO remains competitive for its stated objectives.

Most people are still learning about what web3, DAOs, and crypto are, and how they can use these new technologies. DAOs can approach educating the public on the benefits of cooperation and show the new possibilities of how people can coordinate using DAO structures to solve problems, provide value, and build productive communities.

A key feature of co-ops is that members actively cooperate with one another, and this value applies to the DAO itself, in that co-op DAOs cooperate with other DAOs. This principle is not only to espouse benefits of cooperation, it is also to experiment with powerful network effects and how they can be used to magnify the goals of the members. This is where we start to see positive sum games being played, where big goals unable to be accomplished by a single DAO alone can be approached by a DAO of DAOs at scale.

The 6th principle offers a key competitive advantage DAOs can harness when competing with centralized corporations. Corporations hold several seeming advantages in concentration of capital and labor; however, a corporation is also extremely inflexible and beholden to the needs of its shareholders and board of directors. Being smart contract based, DAOs could build on one another like DeFi money Legos. DAOs could effectively become cooperative super-entities that ensures their cooperative model can scale into new types of organizations we have not yet seen in the world. DAO to DAO cooperation ultimately may provide an edge in disrupting centralized, autocratic organizational structures that seek, by their very nature, to dominate the world today.

The 7th principle creates a succinct, value-building feedback loop for DAOs. The bedrock of a strong and productive community is a shared set of values. By defining a common set of values that members share with one another, a DAO can form a sustainable community over time with policies proposed, approved and ratified by their members. My belief is that DAOs able to create strong, values based cultures that give members an economic stake and political say in the DAO's operations will outperform those DAOs that have weakly structured values, or do not operate in the full interests and control of their members. Members can easily leave a DAO that doesn't operate in their best interests, joining other, more beneficial DAOs, or simply creating their own.

NFTs can also be implemented within a DAO to help build a unique community. NFTs fuse cultural value with economic value, and the shared ownership of DAO culture-NFTs could lead to many powerful ideas being realized, including DAO artist guilds, creator collectives, craftsperson co-ops and more, akin to medieval guilds imbued with smart contract based, plug and play administrative ecosystems.

The Rochdale principles provide us a mental model for how to initially formulate a shared set of values within DAOs. DAO structures are reminiscent of fractals, with the cooperative, member controlled, mutually beneficially, autonomous, community first nature being shown in the smallest squads of a DAO, all the way up to a DAO cooperating with other DAOs. Using a shared set of values as a roadmap ensures the original purpose of DAOs doesn't get lost within our times of rapid change and disruption.

The more we can incorporate cooperative free, democratic, mutually beneficial, voluntary, and open principles into DAOs, the more productive and powerful DAOs will become. The Rochdale Principles are a mental model for creating solid sets of value within DAOs with the intention of providing and producing value to members first, in ways that they decide. DAOs are still in a nascent stage, and will likely face resistance as they disrupt the traditional hierarchical model of the firm that is widely present in society. The network effect of value-based DAOs working interdependently together offers us a chance not only of cooperating to solve entrenched coordination problems, but to re-imagine and re-articulate what it means to be an organization in the 21st century and beyond.