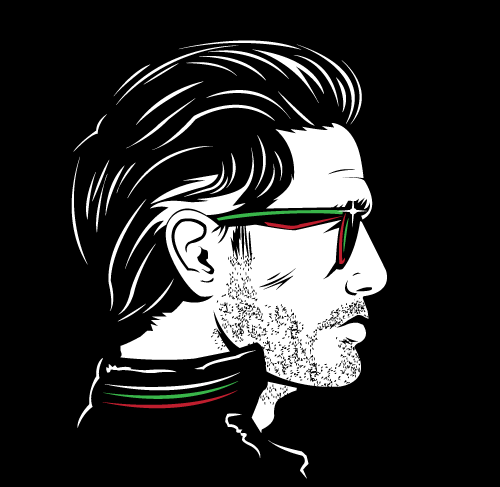 I've had a lot of people discuss tokenized art with me and ask about the difference between the file, the token on the chain - the relative worth of the token compared to the media file, things like that. I have an article called Do Your Own Rhetoric that addresses some concerns about NFTs and Crypto more generally, but here I want to take some time to try to ground the value of tokenized art and compare and contrast it with tokenized collectibles.

One of my favorite little essays on the subject is still Collins Dyer's Medium article that uses the baseball card analogy. The difference between the authentic collectible and a copy may be materially negligible, but it matters which one is real. If you photocopy a baseball card, you have not made two authentic baseball cards. One of the keys here, in terms of the "why" of collecting is that baseball cards aren't really expected to be "pretty" - their value is generally tied to this outside thing (baseball) and the overall collectors market for baseball cards. You don't look at a baseball card and say "well that's not very impressive to look at" because that's utterly besides the point. These are things I would call "collectibles with arbitrary aesthetic value."

This kind of concept makes a lot of sense when you think about NFTs that maybe make reference to the subculture, or have more of a reputation for being collectible than for being impressive (visually speaking). I tend to think that some of Beeple's huge collection has started to work this way: people are indifferent to the actual art, but the collectibility - "blue chip art" is the reputation they chase. This goes for Cryptopunks too, I think. The visuals matter - people like monkeys and aliens I guess - but ultimately it's not about the pixel art. You could find a thousand pixel artists doing much more detailed and impressive work, but that's besides the point. Even weirder to consider: why are action figures with flaws often more expensive? Prototypes and short runs of mistakes are objectively worse than their "correct" counterparts, but worth more? There are actually some Curio Card NFTs that had contract issues that sparked just that debate. Currently, it seems like the consensus is that faulty programming or just plain mistakes don’t really increase the value.

Secondly, consider another kind of collectible that is similar, but not quite the same: comic books. Now, a very expensive collectible comic book isn't necessarily expensive because it's work of art, but it's likely that a very expensive one will both look good and have some sort of cultural significance or narrative significance for a pop culture phenomenon. Are early Superman comics worth a lot because they have the best art? Not really, but Superman became a big deal eventually, and they at least looked good enough and had exciting enough plots to help launch the character. It helps that as time goes on there's less and less of them in mint condition and well-archived. To me, this makes sense of something like **Hashmasks **or the more recent Clonex - where there are tons of them, but a few are rare, and the rare ones aren't just valuable because they're rare, but because people like certain designs that were algorithmically possible, or maybe the names were interesting or something. That is - there's a combination of collectibility for its own sake and aesthetic value.

Lastly, there's art. Is art collectible? Yes, but I don't think it's the same as a collectible. One of the differences is whether artwork - even a series - is meant to be a part of a collection someone can possess all of or whether individual pieces and series are meant to be statements in their own right. Think, for example, about whether it would make any sense to release a baseball card series of one or two cards. You couldn't hold up the card and say "well, but this is an amazing card" - because maybe it is, but that's really not how collectibles work - I think there has to be some sort of threshold of amount and variation on a theme that makes a collectible something other than a statement by itself. Artists that get lured into expecting collectors to snap up all their work, I think, have unrealistic expectations - or at least they've sort of changed the nature of the work they're doing into something else. Real artwork, I think, has its value most anchored in its intrinsic aesthetic value - it is something that for whatever reason, either visually, thematically, conceptually - it brings meaning and pleasure to the possessor of it. This is a part of what has been thrown off balance with the influx of celebrity pseudo-art - the artwork is generally not particularly good (there are of course exceptions) and instead the art is being treated as collectibles, and the collection is as vast as there are A through D-List celebrities who decide to make something on a whim, so naturally the value of any particular piece is going to be very hard to predict and partly depends on the ongoing building of the collection of celebrity NFTs - and usually you can't have the safety net of a thing that is simply beautiful or fun to rely on.

Now the question of what the difference is between the real thing and the file. If the file attached to the token is not fundamentally different than the JPG that could just as easily be hosted on imgur or something, why buy the token? I can offer a conceptual reason, and a pragmatic reason.

The conceptual reason to buy a token is fundamentally this: tokenization is what makes digital art authentically connected to the artist. In his essay "The Work of Art in the Age of Mechanical Reproduction" Walter Benjamin points out that mechanically reproducing art can destroy what he terms the "aura" - the sense that this material object connects you to the artist. This addresses a fundamental confusing thing - if you can reproduce a piece of art using machines, and do so in such a way that it's indistinguishable from the original - what is the difference between the authentic piece and the copy? What’s the difference between a Walmart print of a Warhol piece and one created in his studio? Benjamin claims it's an "aura" - an intangible feeling that we are connected because these are the same atoms, same pieces of canvas or pigments or whatever that were moved by the artist. In the world of digital art, I believe it has always been confusing where the aura existed - since those bits and bytes were never really touching the artist in one copy of the file more than another, if you have the 2000th copy of a file, you own the same data that the original artist owned when they shared the file.

When you tokenize art, what you are really minting to the chain isn't the art itself (which is technically usually stored via an IPFS hash or on a server somewhere or both) - but you are selling the connection, the traceable and prove-able moment where the artist said "this is finished, and this is mine" and put this data up for trade - a permanent public transaction that connects the buyer to the artist. Couldn't the artist just make more? They could, theoretically, but it's generally frowned upon in the same way that a famous photographer taking their negatives and developing new prints after selling some as "definitive" would cast aspersion on their collection. Essentially, the moment of creating the token that is attached to the art is the final form - the metadata attached to the token of the visuals, the title, the description, where and when it was "minted," the artwork itself after that is essentially the raw material.

So buyers have a reason when they find something they love to truly "own" a digital file in a way that was impossible before. Now the practical reasons are multiple too: if we genuinely value art and digital artwork being produced, we've finally taken away the experience principle of copies as having the final word in "why not pay" for something. Formerly artists used giant hideous watermarks or just relegated themselves to essentially working for free or having complex security systems in place for Patreon patrons or something to make payment meaningful. In other words - we've created a much simpler payment-for-value method, artists getting some compensation for time they spend ostensibly enriching people's lives. Fundamentally, though, it’s important to remember that the end experience - seeing the art - is not what you are paying for when you buy the token.

The other pragmatic reason that NFT art is useful is that it both establishes a global marketplace and a global re-sale marketplace. As someone who's lived in the rural midwest for a stint, the kind of art I make may have a market on the internet - especially amongst the cyberpunk larpers and newmedia junkies - but nowhere within a couple hours could I print my art and find people en masse that understood or wanted it. Suddenly having your work in front of eyes across the world and across cultural borders means that wherever it finds a demographic that is interested, you can reach them. Not only that - but in the real world, re-selling artwork isn't something the average person has any experience with. The average person may have some experience re-selling collectibles, like comic books or baseball cards or even rare coins - but art? For an ordinary person, an investment in art is generally just lost money. How many people would know how to get in touch with galleries for art they didn't make themselves, or find auction houses, or try to list on Facebook marketplace or something similarly absurd? The re-sale market seems restricted to the elite - fame being the main criterion for whether or not the artwork you own (which probably has to be worth something in the hundreds or thousands) can be considered for auction, how many people have access to that? Consider this Twitter ad:

Given how many people enjoy art and would like to participate in the market for it one way or another, NFT technology is in a sense a radical chance for ordinary people to collect and re-sell without intermediary. The immediacy and universality of the art collection and re-sale market is a novelty, so long as people conceptually still believe in the connection to the artist or value things as collectibles. Which aspect grants value to the NFT isn't really as significant as is the group belief that the value isn't totally based on speculation.

I sell both art and collectibles with semi-relevant aesthetic value.

I make a lot of art, and I work very hard on my art and the conceptual meaning behind it and the technique I use to create it. I also make some collectibles: MTG-like cards of my own mythos, VHS tapes and business cards for personalities and memes related to the $BASED money subculture. Different rules apply to different kinds of NFTs, but so long as we agree that value can be found in the tokenization expression - there's no reason this market has to exist completely on the winds of speculation like so many things in crypto.