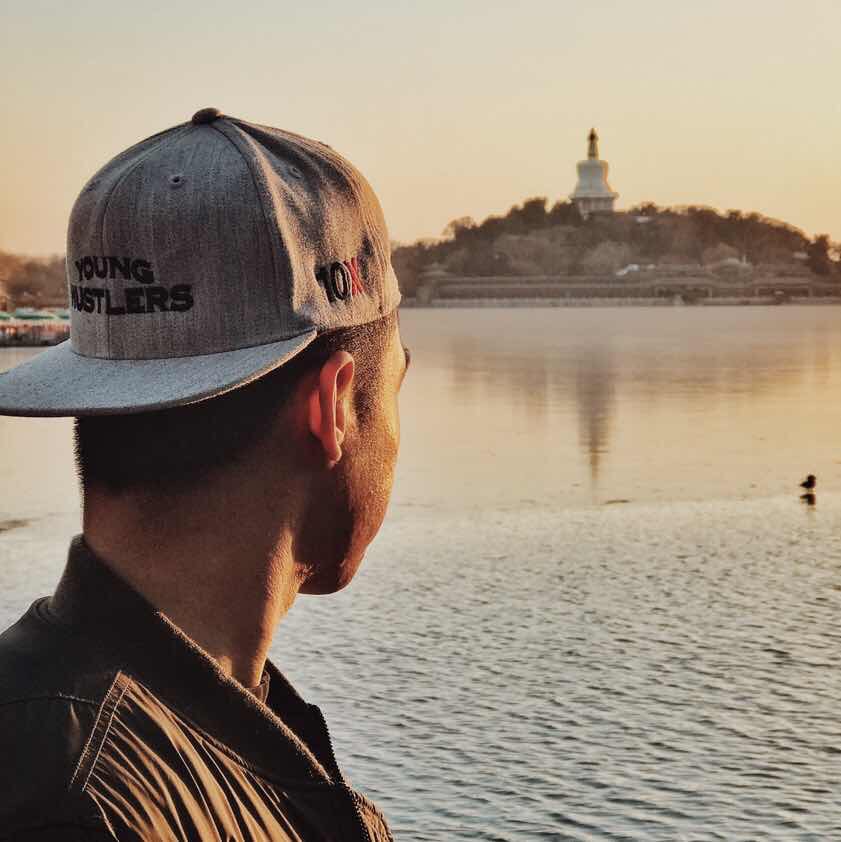 I am not a macro expert, but I believe in 2022 the whole financial market will be quite chaotic, with record high inflation, Fed now has to slow down their printer and make a decision on whether they are going to save inflation or keep stability in asset prices. Though crypto is not in favor in such environment, I believe crypto will still have a structural bull market where a few projects in this space will continue to reach ATHs. It will become a lot harder to make money in 2022 than last year.

Tech that I’m excited about

Front-end decentralization is truly a pain point that every DeFi project wants to solve, no crypto projects want to get into trouble with regulatory authorities, yet they all want to get more users in the cheapest way**.** These DeFi projects are vulnerable to regulatory pressures than most people think. So they have to decentralize away from traditional clouder providers like AWS to avoid the chance of getting forced to shut down. The demand for front-end decentralization is also reflected in centralized exchanges. In a December incident, AWS failure resulted in top exchanges such as Binance and Coinbase halting their services. This is a huge problem that can to be fixed if there is tech that can provide stable cloud solutions through a decentralized manner.

Decentralized cloud is not only beneficial for stability reasons, but they could also be cheaper. Though most projects still have a long way to go before they can truly compete with AWS, they are definitely worth paying attention to, because the demands are huge. Though from a trader’s perspective, it is actually not very smart to invest early on these projects because they can be easily valued via relative valuation, there probably won’t be as much hype as a memecoin like Dogecoin.

I am very fortunate to have invested heavily in SOL in January, so I want reflect on what I got right, and if I was not all lucky, what are the main takeaways that I could use to find the next SOL.

At that time, it was not SBF that attracted me to SOL, but the optimization of SOL such as POH and sealevel. What SOL optimizes is not making the network more decentralized, but to maximize performance and user experience of the network while maintaining a certain degree of decentralization. The main thing I like about SOL is that it can scale with Moore's Law and achieve multi-threading. To put it bluntly, as a user and an investor, I know that SOL's TPS will be faster and faster, can handle multitasking with one click (Sealevel), and my DEX trades will not be taken advantage by bots in a sandwich attack(POH). However, there were also many problems with SOL at that time, before the network was halted in September 2021, it was a bigger FUD in December 2020. In April 2020, the team also had dramas on “unethical” behaviours such as using locked tokens to provide liquidity on Binance. When researching Sol in January, the FUD came up first, and the decision to go heavy was really a risky one, in fact I was lucky.

Now that SOL has 100x’d, it seems that the market has given a formula for success: low fees, high-speed, a loyal billionaire’s support, and heavily invest in hackathon and developer education, decentralization does not seem to be that important.

Following this formula in 2022, I'm particularly interested in layer 1s that share similar success factors as SOL, yet currently has lots of FUD around. Among them, I am most keen on ICP. ICP seems to be taking the same path as SOL - FUD on retail blaming the team and VCs around the unlock that causes the price to cascade; breakthrough technology that ICP does not require users to pay gas,and full end decentralization (compared to how eth dapps are deployed on AWS).

Why do I really care about 0 gas fee for users? To onboard 1 billion crypto users, we cannot expect all of them go to exchanges to open accounts, buy coins, withdraw coins to their wallets, and keep their mnemonic phrases like we do. A concept like SocialFi that requires 8 or 9-digit users to be popular must run on a super user-friendly public chain. If the reasons behind the success of sol are ultra-low gas fees and a good user experience, then there will be greater potential for a new public chain that supports users with 0 gas fees.

The Cosmos team had a killer year in 2021 as its development has definitely exceeded most people's expectations. They have now successfully delivered the whole whitepaper, and now have started drafting the 2.0 version. At just 1/3 of Polkadot’s FDV, there are dozens of dapps and blockchains that are running on top of the Cosmos stack and fully interoperable, yet there is none in Polkadot.

To catch up to the price of DOT, ATOM’s token model must be improved. This is because there are no real value capture mechanism designed for its token ATOM to benefit from the success of Cosmos SDK and who ecosystem. This is bound to change in 2022 with its shared security features.

Besides top shots we already know like Terra and Secret network, Cosmos is also the home of many under the radar projects that is trying solve real-world pain-points that is worth paying attention to. To name a few, Akash(cloud computing), Regen (global warming), Sentinel(VPN), Persistence (B2B)

I’m a firm believer that the best performing crypto asset in the secondary market will be community-led projects in 2022. VCs have paper hands and they can sell any of their backed projects for a easy flip. (look at ICP for hints) When crypto becomes a zero-sum game, expect many VC backed names to really drop. It’s not that VCs are bad, it’s just that their partners are more “rational” than crypto natives in the sense that their PnL is in USD, not BTC. Just like how WSB came together and stick their fingers to the institutions, I firmly believe this will happen to crypto sooner or later.

Because FOMO from institutions is mainly driven from traditional VC funds, there is an imbalance on the amount of institutional interests on secondary market than primary market, especially in altcoins. VC’s game is essentially helping the project to get listed quickly, and then sell in the secondary market. In 2021, there were many deals with a valuation of 100 million+ in the primary market. In addition to OpenSea, Debank, Zapper as they plan on issuing tokens, we still have many projects at the $10M+ valuation mark that are yet to issue their tokens yet😄. In the year of 2022, amid tightening monetary condition and continuing regulatory pressures, do you expect more retail investors? I don’t.

In 2022, crypto market is a zero-sum game and retail traders will get fucked by VCs. I can see crypto native OGs like Cobie to lead and create investment DAOs, autonomous decentralized organizations that are transparent and accessible, eventually becomes popular and outperform traditional VCs. We have already seen many successful cases of community led projects in 2021 (abracadabra.money, $people, etc), investment DAO can both provide VC like support for its invested projects and share investment opportunities with the general public. I am also very keen on the development of the current DAO infrastructure (Syndicate DAO, Gnosis, etc)

What else to predict?

Terra (LUNA) will have (a) black swan event(s)

Whether it's suing the SEC or printing UST for its insurance protocol Ozone, one thing its founder Do Kwon doesn't play well, there will be a domino-like collapse. This is not FUD, LUNA’s tokennomic is fragile. Unlike other smart contract platforms like Solana or Ethereum, their native tokens can not directly capture values from the growth of its ecosystem, because it is not SOLs that are being used the most, is the stablecoins and project tokens. Terra solves it, where every dapps would primarily use UST, which is minted from burning LUNA.

The basic logic between UST//LUNA is that UST is the "legal currency" of the entire Terra ecosystem, and LUNA is the asset needed to print its "legal currency" UST. Terra is kinda like a central bank, Luna is its balance sheet's equity, and UST is its balance sheet's debt. The smartest thing about Terra compared to other stablecoin projects is that its reserve asset is LUNA. That is to say, as the confidence in Terra gets stronger and more users start to use UST, LUNA will naturally increase in price. The increased value of LUNA means that each LUNA can be “printed” for more UST. LUNA, like the US dollar, prints money on credit, not collateral. The point is, LUNA is different from the US dollar. The US dollar can print money "left foot on the right" because it is already the reserve currency of all countries in the world. And LUNA is not a reserve asset for the entire blockchain world.

LUNA is my biggest holding. I don't want to see bad things happen to LUNA. What I want to see is UST being used by all exchanges and DeFi, replacing USDT as a new "too big to fail" stablecoin.

The growth among layer 1s will become a zero-sum Game in 2022.

The defining factor of a winning L1 public chain in 2021 was actually very simple - its ecosystem fund. Whether it is SOL, AVAX, FTM, or LUNA, they all have to give credit to their 8-9 figures ecosystem funds that essentially subsidized users and developers a lots money in order to join their ecosystem. When the market matures inevitably, the space will end up like the uber story, war of subsidies, a zero sum game.

The valuation of upcoming projects led by VCs are already high enough that I don’t see any reason a retail investor can buy and hope for a “100x” - because 100x for retail will probably means 10000x for the VCs, and the VCs will have no problem dumping their tokens when at just 10x. So in 2022, retail investors should find projects that are community led if they want to bet on anything that will go 10x and more.