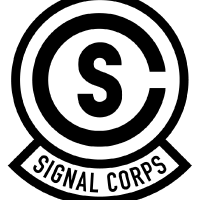 This is the first monthly update to our initial on-/off-chain Uniswap analysis released in August. You can access the August article, including an introduction and definition of the metrics analyzed, at this link.

We also encourage readers to view the accompanying dashboard that can be accessed at https://signalcorps.shinyapps.io/Uniswap_On_Off_Chain_Governance/ .

Since our initial on-/off-chain analysis released in August, there has been one governance proposal that has had an on-chain vote: Proposal 2.24: Create the Uniswap Foundation.

Proposal 2.24 was executed with an overwhelming and near unanimous vote with 86,298,595 UNI in favor and only 770 UNI against. This is an impressive accomplishment considering Proposal 2.24’s on-chain vote had the highest number of unique voting participant addresses (2,450 participants) reported in an Uniswap on-chain proposal, and the third largest on-chain voting power exercised.

In addition to the high on-chain participation, Proposal 2.24 also posted the highest voting participant counts in the Temperature and Consensus off-chain phases. Thus, making it one of the most engaged proposals to date.

Overall, Proposal 2.24 had the best (i.e. most distributed) scores reported for Nakamoto coefficient, HHI, and Shannon diversity index in both the on-chain and temperature phases, and it had relatively good scores in the consensus phase. Please see Tables 2 and 3 for the respective scores and rankings for each metric analyzed.

A contrasting example is Proposal 2.09 that had the lowest on-chain Gini coefficient of 0.766 but only had 41 voting participants. This further highlights how the Gini coefficient is important for understanding the underlying base distribution among all UNI token holders, but it can be a poor signal when examining vote distribution and engagement.

Again, as the other non-Gini metrics demonstrate, Proposal 2.24 has been one of the most distributed and engaged Uniswap governance proposals at this time. While there continues to be areas of opportunity to improve these scores, this recent activity is encouraging. The topic of the proposal itself was what garnered so much attention and engagement for Proposal 2.24, but to the extent that there were new and/or additional outreach conducted, then it should be evaluated if those initiatives could be sustained for future governance activities.