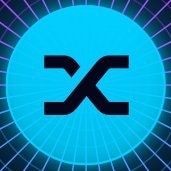 Delegators of UNI tokens were rewarded with 32,000 SNX over a 30-day epoch. While the program was an overall success, some apparent issues with this incentive program should be discussed.

Due to the nature of the program, it was highly susceptible to farming by whales. The initial thought behind the program was to mobilize wallets of smaller stakers and have them rewarded for delegating the tokens that they already had. The plan was not to reward a whale with a large proportion of the incentives when they had no intention of leaving their UNI tokens delegated without rewards.

Downsides of the Program

Unfortunately, the outcome mentioned above occurred. Though most of the program was a success, one whale extracted a large portion of the rewards after the program became highly publicized. This whale delegated Uni to the Ambassador multisig. Then they immediately claimed the SNX, undelegated their UNI, and proceeded to sell the claimed SNX on the market  [https://etherscan.io/tx/0x885d2b3028413b5ad5b927060209ca8b8a2d5976c139d23415ca9302883d31bf]. That went against the purpose of the program.

Upsides of the Program

It's important to mention that had the ambassadors voted on any proposal during the Epoch or wished to do so, we could have made good use of the delegated UNI. Alternatively, 2 million UNI tokens would have been enough to deploy an on-chain proposal from the embassy multisig.

Had it been our goal to take action with the delegated UNI, the GPP proved to be a powerful way to facilitate such a goal.

At the peak of the GPP, the Ambassador multisig had over 150 unique delegations, and over 2M UNI delegated. The majority of those delegators remain today, even without ongoing incentives. Today the Ambassador's multisig has 136 unique UNI delegators totaling just over 113k votes. Close to 40% of the Uni currently delegated is from the community; the remainder is from the Synthetix Treasury Council.

One more problem presented: How would we ensure that smaller stakers access their SNX rewards?

Claiming the rewards from the staking contract wasn’t worth it for most smaller stakers, as the Ethereum Mainnet gas fees were more expensive than the value of SNX rewards. To solve the rewards problem, rather than making individual stakers claim their rewards on L1, we’ve airdropped all remaining rewards directly on Optimism. Delegators need to check their wallet, and they’ll have received SNX tokens without having to pay another dime of fees.

Future of GPP and Final Thoughts

We may run another iteration in the future and enhance the program based on what we learned from the first Epoch and maximize our votes in a targeted way. Additionally, we've explored other ways of encouraging voters to delegate their Gov tokens to the Ambassador multisig for future GPPs. One popular idea is launching an NFT project for our delegators and giving the NFT holders access to several perks and use cases within the Synthetix ecosystem.

Overall, close to 90% of the wallets who delegated through the first GPP remained delegated even without incentives. Our foremost ambition was achieved; many small UNI holders were mobilized from a dormant state and kept their UNI delegated post-GPP.

Thanks again to everyone who delegated during the first Epoch, and stay tuned for more governance participation opportunities!