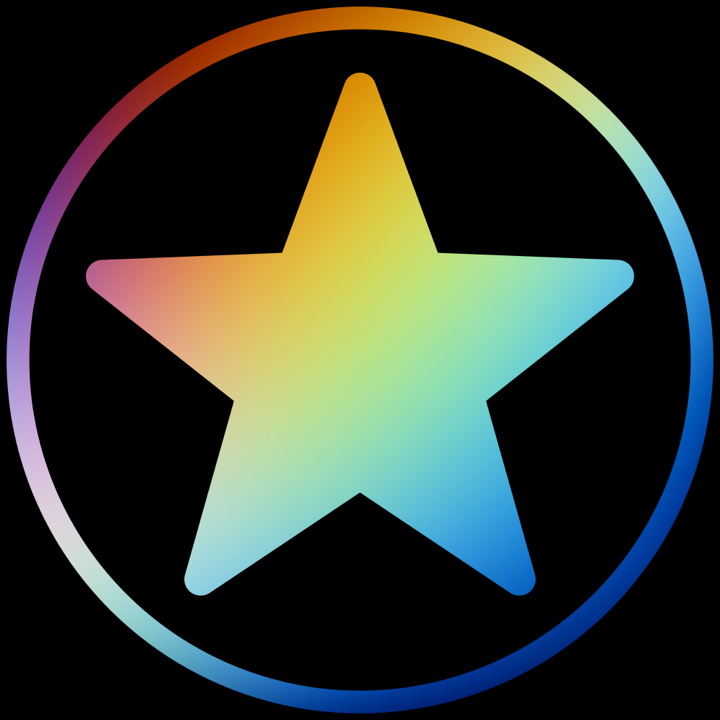 There have been a few name service experiments in Cosmos, but none of them have really gotten much adoption. This is because names, like Internet domain names, need a well established use case and have to be integrated into the rest of the infrastructure. Internet domains don’t make sense if websites don’t exist. Likewise, web3 names don’t make sense unless they can be used somewhere. On Ethereum, ENS didn’t really take off until NFTs gained traction. Names are useful for NFTs because identity is an inherent property in many NFT use cases.

For example, a creator with a name associated with a Twitter account can lend some credibility to the creator. It’s easier to gauge if a creator is going to be building for the long-term if their address can be associated with their social media identity. Names are also useful when flexing your collection on social media, receiving airdrops, and participating in whitelists for drops. They are also useful in provenance. Many want to see the history of buyers and sellers of a particular NFT, and know about prior ownership.

We believe Stargaze is the perfect chain to be a home for an IBC name service. Names are a form of NFTs, and Stargaze is the NFT hub of Cosmos. Stargaze currently has two killer apps, Launchpad, and Marketplace. Launchpad is the de facto place to launch an NFT collection in Cosmos, and Marketplace is doing 10x more volume than the second largest marketplace in the ecosystem. Furthermore, Stargaze was awarded the Most Decentralized Chain award at Cosmoverse ‘22.

When a name is bought on Stargaze, it is actually minting an NFT with on-chain metadata. Names are not automatically associated with an address unless explicitly mapped. Names can be mapped to EOA’s (externally owned accounts) or contract addresses. For example, Stargaze creators can mint names for their collection contracts. Names can only be mapped to addresses that belong to the buyer.

Stargaze Names is designed to be minimally extractive. Initial name prices will be based on the number of characters.

Mint fees will be distributed as follows:

There is also a 2% trading fee with the same distribution as above. All of these fees, like all parameters on Stargaze, can be adjusted by governance.

Stargaze Names was designed to address some of the issues with ENS and other name services. With most other name services, it’s too easy to squat on names as they allow extremely long ownership periods, or don’t have any kind of renewal mechanism at all. When they do have a renewal mechanism, it is often priced arbitrarily based on name character length and not on market dynamics.

When a Stargaze Name is minted, it is automatically listed on Name Marketplace. Name owners can accept the top bid at any time. After one year, a fee of 0.5% of the top bid is charged to renew the name. This parameter, like all parameters on Stargaze, is adjustabling by governance. If a name receives no bids, then it won’t have a renewal fee. Renewal fees will be capped by a community determined amount.

For example, let’s say Mary mints the name “mary” and associates its with her address:

Jane places a bid of 1M STARS on the name “mary”. After after one year, if no other bids are placed higher than Jane’s bid, Mary has to pay 1M * 0.5% to keep the name.

If more than 1 person bids on this name, Mary has to pay 0.5% of the highest bid only. Alice’s bid is ignored in this case. When a bid is placed, it is escrowed by the Name Marketplace contract. Thus there’s an opportunity cost for placing a super high bid for too long. This discourages speculation and incentivizes only those that really want a specific name to bid.

In the early days of Stargaze (when it was called Stakebird), we experimented with and built a Twitter bot that interacted with the blockchain. This bot is coming back to life and taking a new form as a Twitter verification oracle. The owner of a Stargaze Name will be able to link their Twitter account to their name to verify their identity. This also serves as additional marketing for Stargaze Names. Eventually more services such as Discord and Telegram, will have their own verification oracles that work with Stargaze Names.

Eventually, this social verification infrastructure will be decentralized and run by validators. Verification oracles will be managed by Stargaze Names DAO, a multi-chain cooperative that will be setup within a year to govern Stargaze Names.

IBC: Names For All Cosmos Chains

Stargaze Names is built for the Interchain as it can mint and resolve names for almost all Cosmos chains. It leverages the bech32 addressing scheme in order to support Cosmos chains that use key derivation path 118.

For example, if a Cosmos Hub app wants to check if Mary has an associated name. It can query Stargaze with her Cosmos address of cosmos1myec2z2wjpkhmf8tlhkzcjck04w25sc6s8qu5n. Stargaze will be able to resolve this name as mary.cosmos.

Other Cosmos chains will be able to mint names over IBC and perform reverse lookups. Stargaze will also provide an API and indexer for wallet and block explorer integrations. Furthermore, Name outposts on other chains can act like local instances of Stargaze Names, allowing address associations and editing of name metadata.

Stargaze is a good fit for an IBC name service since names are NFTs, and Stargaze specializes in NFTs. The infrastructure to mint and trade NFTs is already a core part of Stargaze. Furthermore, Stargaze pioneered the implementation of ICS-721 in CosmWasm, a protocol enabling IBC NFT transfers. Being the most decentralized chain in the ecosystem also provides a neutral environment for other chains to participate in governing a name service designed for all IBC chains.

The initial rollout and go-to-market strategy for Stargaze Names will be done by the Stargaze Core Team. However, in order for the service to be widely adopted in the ecosystem, governance will transition to a DAO within a year from launch. Through DAO governance, other chains can provide input into the future direction of Stargaze Names, or even opt-out of the service. This DAO may even be inflation funded by Stargaze and help fund wallet, explorer, and other integrations. Stargaze Names DAO will be an NFT DAO on Stargaze.

Stargaze Names will launch with a series of whitelists with a discounted mint price. These lists will be made up of early community members. The discount is 50% of original name price. The Stargaze Core Team will use an admin multisig account to manage the initial go-to-market process.

Whitelists will start a few days apart from each other, but run concurrently. So someone in list 3 will still be able to mint when list 8 is active. Public minting is scheduled to start on Dec 23rd at 8:00 pm UTC.

Whitelist minting is limited to one name per address, with the exception of creators. Creators are allowed to mint two names, one for themselves, and one for their collection.

The .stars domain is being held in the Stargaze Names Council multisig, currently made up of members of both Stargaze and the Handshake community. More members will be invited by current members as Stargaze + Handshake grows.

This allows using Stargaze Names as traditional web domain names, taking all advantages from names like .com, .xyz and others, including the possibility to host sites, email services and Matrix servers.

.stars domains point to name servers that are developed specially to serve Stargaze Names records. In the future, we plan to build a .stars resolver based on IBC Solo Machine into popular Handshake resolvers to achieve maximal decentralization.

The open source code for Handshake integration can be found here.

Wallet and explorer integrations are key for Stargaze Names adoption. We’re already in talks with a few wallets including Keplr, Comostation, Leap, and Omni. If you’re a wallet or block explorer builder, we encourage you to reach out to discuss integration. Stargaze Names contract code is open sourced at https://github.com/public-awesome/names. The Core Team is also working on an API and indexer for wallet and other integrations.