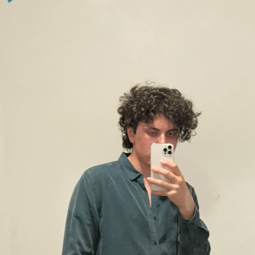 You haven’t really heard much from me for quite a while. You got a glimpse of our new app in the preview site, but that was back in February which was like 4 months ago… anyways… it was for a reason I promise.

I’m (very) excited to announce the new version of the ENS app, no longer just in preview form! Almost everything about the app is new. From the design, all the way to the contracts being used. Everything is faster, cleaner, and easier to use (I think).

Continue Reading
How to Speedrun Getting Hired in Web3
0x8e8D
December 29th, 2021

Before you read anything further, this isn’t actually a tutorial. It’s just a general recap of my life up until this point which does tend to get personal. If you’re not interested in that, feel free to click away.

To explain how I got here you need quite a lot of context. We need to go all the way back to August of 2020, which really does feel like an eternity ago. I was in high school, and having serious problems actually getting anything done, not actually doing the work but just… starting it. At the time I didn’t really know why it was happening, but I did know that there was no way I was going to get through the year, even though it was my final year of high school. So I dropped out! It’s probably fair to say that it wasn’t the best idea, especially given I didn’t have much of a plan at all except “make stuff”. The alternative was “struggle through the rest of high school, then go to uni and make it up from there”, which wasn’t much better.

Continue Reading
How To Easily Set an NFT As Your ENS Avatar
0x8e8D
December 6th, 2021

Please note: This app is completely unofficial, and a temporary solution until the ENS Manager redesign is released. It should be considered beta software. You can find the source code here.

If you are confused as to where to start in this article, first refer to the step-by-step guide written by brantly.eth. Once you get to step 3, come back to this article and follow the “Generate an Avatar” section.