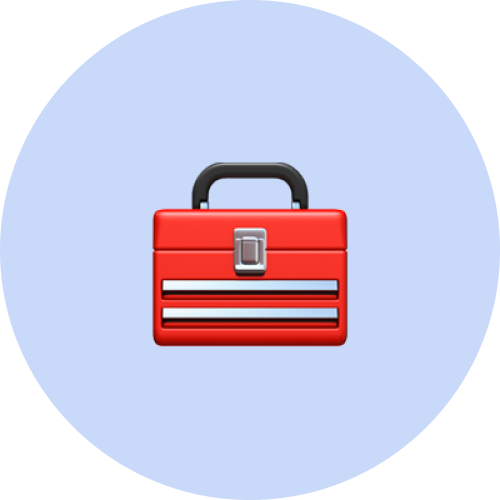 Have you ever heard the saying “a little competition never hurts” ? While we’ve all been conditioned to accept and embrace some level of competition, cooperation can take us further. Within Web3, we’ve heard the term ‘coopetition’ thrown around to describe how projects are interacting and evolving in the space. There is no doubt that Web3 brings with it a new culture, technology, and business model that disrupts the Web2 ‘winner-takes-all’ mindset.

This post was written by @emthemaker based on the discussion in the first Twitter Spaces in a series co-organized by a group of DAO tool builders: @wonderverse_xyz, @guildxyz, @SnapshotLabs, @otterspace_xyz, @utopialabs_, @coordinape, and @clarityteams. We came together several months ago to regularly meet and discuss how we can collaborate to create positive sum outcomes for our respective projects. We decided to refer to our collaboration as ‘The DAO Kit’, capturing the idea that DAOs can compose their own toolset by combining our products, rather than reaching for an all-in-one solution.

Why does cooperation matter?

As humans, we have both an innate competitive response when we feel threatened, and a natural propensity toward cooperation when we feel safe. On a personal level, it is exhausting to constantly have to one-up everyone around you. Our experiences in Web2 and the traditional corporate world taught us to always be looking over our shoulders and anxiously rushing to outrun our competitors to the holy grail of the “winner takes all” market domination. This state is no more ‘natural’ than the cooperative state, but we have been conditioned to accept it and pursue winning at all costs.

However, there is another way, and the conditions in Web3 make this path more feasible than was previously possible. There are three elements that drive cooperation in Web3: technology, culture, and business models. These three elements are intertwined and contribute to an increased level of cooperation between projects like ours, relative to what would be expected in Web2.

The first driving force behind cooperation in Web3, especially for those of us building on Ethereum, is the technology underpinning it. The Ethereum blockchain has built-in transparency and interoperability, which encourages cooperation between developers.

In Web2, competition is possible by maintaining ownership and control over the software and user accounts. Smart contract code, on the other hand, is public and can be run by anyone. It resembles a public good more than a proprietary resource. When the code developers write is transparent to the public, this encourages a more cooperative mindset - rather than re-building the same functionality as someone else and ‘competing’, it becomes more attractive to extend existing functionality and produce a greater whole.

Interoperability is also intrinsic to the Ethereum ecosystem, as the blockchain can be likened to a single global computer that everyone is programming based on a set of accepted standards and rules. Applications are compatible with each other and often integrated ‘out-of-the-box’. This inherent interoperability makes integration and extension of functionality straightforward, which once again encourages cooperation over competition.

These properties of blockchains make possible the concept of a ‘Hyperstructure’, which Jacob Horne of Zora defines as “Crypto protocols that can run for free and forever, without maintenance, interruption or intermediaries.” A Hyperstructure creates a positive-sum environment by disincentivizing the re-building of the infrastructure and allowing participants to profit from their contribution to the system. It should be noted that not all protocols are Hyperstructures by default, but that the conditions within Web3 enable and perhaps even encourage the building of Hyperstructures.

While blockchains create an environment that can incentivize cooperation, they are certainly not deterministic. There are plenty of Web3 companies that combine smart contract code with privately-owned databases in such a way that the smart contract cannot function without the database. There is another important element to cooperation in Web3 - the culture that has evolved in the space.

Cooperation in Web3 is facilitated by an open, global, and distributed infrastructure, but the evolving culture is an equally important driver. There is a noticeable sense of camaraderie, wagmi (we’re all going to make it) mentality, and positive-sum thinking among builders in the Ethereum ecosystem.

One important driver of this culture is without doubt a reaction to the Web2 era, which was marked by a small group of big tech monopolists selling personal data, exploiting content creators, spreading fake news, and generally capitalizing on their market position instead of considering their infrastructure as a public good. The deep distrust towards big tech has led people to look for alternatives that promise greater self-determination, transparency, and bottom-up cooperation.

There is a sense of working towards a collective mission of building the next generation of the Internet without making the same mistakes as predecessors. This mission-over-profit mentality creates a sense of belonging and shared fate. If our goal is to fundamentally re-structure the dynamics of the Internet, then we need to work together to enable the whole space to succeed. By constructing a shared antagonist in the legacy Web2 way of doing things, we see each other as part of the same team.

The culture of being involved in multiple Web3 projects at the same time and frequently moving between them has also facilitated greater cooperation. Relationships are built across a network of DAOs, which builds trust and strengthens the ability to cooperate.

While the culture in Web3 certainly challenges traditional ways of looking at business models and profit, there is also a more fundamental shift at play. The nature of blockchains enables the flow of value (in the form of tokens) between network participants, turning Web2 business models on their heads.

The Ethereum blockchain is not just a shared programmable global computer, but it also has a built-in store and exchange of value in the form of tokens. Network participants, including infrastructure providers, are able to exchange small and large sums with each other based on the value they add to the network.

This means that multiple interoperable pieces of technology can participate as value creators in the same network and receive compensation for the value they created. While the business models of Web2 encouraged zero-sum competition to own all the supply and demand in a network, the business models enabled by the blockchain make possible a positive sum ecosystem that invites and thrives with cooperation.

The increased level of cooperation that we’re seeing in Web3 is no accident but is driven by the combined forces of technology, culture, and business models. The conditions within Web3 create an environment that incentivizes greater cooperation between projects, and perhaps attracts people who are naturally drawn to more open and collaborative environments. But it by no means demands it - there is a world in which Web3 goes down a familiar path, with organizations competing tooth and nail for market share.

Every builder in the space ultimately has a choice in how we want the ecosystem to evolve and what role we want to play in that. The wagmi meme and culture of openness and positive-sum thinking might be the strongest tool we have to perpetuate collaborative behaviors and realize our vision of a Web3 that is different from previous generations of the Internet.