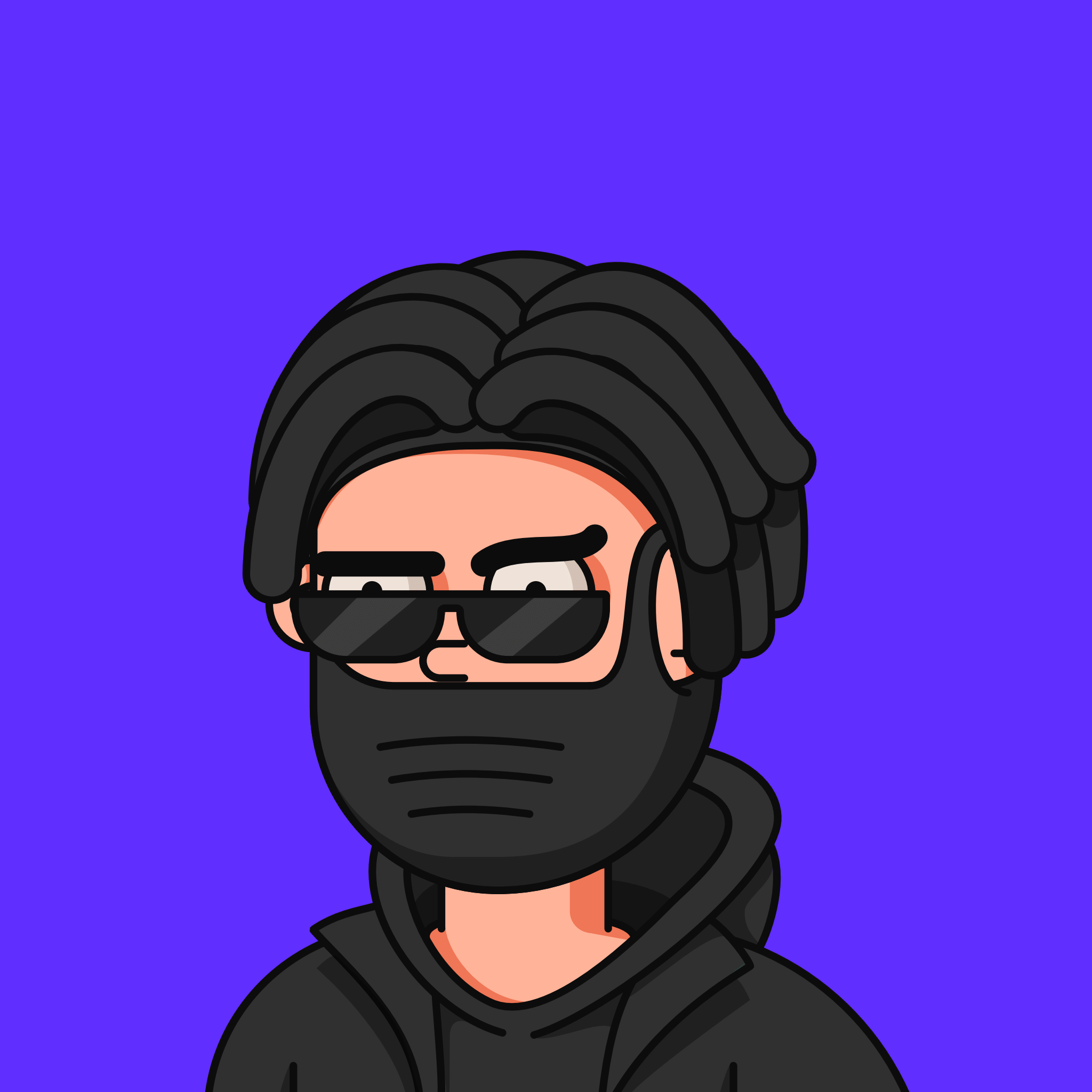 For those that follow NFT projects, it’s starting to become more and more important that a team is doxxed. It’s not necessary, and I respect anyone that wants to remain anonymous on the internet, but doxxing certainly increases trust with a project and it’s founders. You trust me with your ETH, I trust you with my identity.

For me, it’s not like this is a big reveal. My twitter account is only pseudonymous and only became so in the last 6 months. It’s pretty easy to figure out who I am or what I look like. Regardless, there is a difference between making you Sherlock Holmes for information and being upfront.

I just find it much more comforting and freeing. I think this is true for a lot of people. It’s certainly not to troll or be outrageous on the internet. I think a lot of people think is the reason when someone “hides” their identity online. For me, it goes back to when I started playing World of Warcraft at 15/16. While talking with my guildies over voice chat (is Ventrilo still going?), I had a different confidence and freedom that I didn’t have at school and it helped me grow into adulthood.

That’s me on the left (@whatthefurr is on the right). I’m a 31 year old 6’6” white male (he/him). I used to live in London but now travel and work remotely from different places around Europe. In between these trips I still base myself in the UK.

I studied Computer Science at University and for the last 7 years I was the Co-Founder and CTO of a startup called Hubble.

Over my time there we won Deloitte's 26th Fastest Growing Technology Company in the UK, Property Week's Innovator of the Year and Best Places to Work, 2 years in a row. I was also part of Forbes 30 under 30 list. We raised over $10 million and I did everything from build the initial platform to growing the team to 50 people while managing and leading the engineering, product and design side of the business.

Is that enough web2 for you? 😅

Mid last year I left my startup. I needed a new challenge and was experiencing a little burnout. I could go way more into this but... another day. I’d been investing in crypto for a while but never really explored web3 proper; when you’re so zoomed in working on something it’s hard to zoom out and see what else is going on in the world.

Over these last few months I can’t describe how much I’ve been enjoying learning more and more. It’s been a while since I’ve felt this passionate. The last time was when I founded Hubble. When you get it, web3 has a magnetism to it. Not only that, I’ve just enjoyed building again (or buidling 👀). Nothing has ever replaced that flow state for me like a good day spent coding.

After spending too many hours trading NFTs and doing degen things I decided I needed to create. I had this fun Christmas idea to wrap NFTs as Christmas presents in a smart contract and only allow them to be unwrapped on Christmas Day, it was called NftySanta.

People thought it was cool, but it never got much (any) traction. The only present sent was mine (you can check it on etherscan lol). Either way I didn’t care, I was happy to take my first project from idea to the Eth mainnet, even if the gas to deploy it wasn’t worth it.

Over this time I’d been talking with my friend, @whatthefurr, who I’d known throughout my time at Hubble. We’d never directly worked together, just been friends, enjoyed drinks, dinner, holidays, business chats, hip hop appreciation and all that. As you can already tell, he’s an incredible artist (I’ll let him go into his background more). With my journey into crypto and his art it all just started to fall in place. We released a couple of teasers on personal accounts in replies to art requests and it started to get some love.

A month later and we’re here!

In general though I believe the art and dev are only a small part of a successful NFT brand. Don’t get me wrong, it’s a big part. It drives the hype, love and support. But you got to follow through. I believe we can do that. Because at the end of the day, @whatthefurr and I aren’t just creatives and makers, we can build brands; and I can’t wait to tell you about our ideas for the vision of The Possessed and it’s roadmap another day... Make sure to follow us @tmw_builds, @whatthefurr and @ThePossessedNFT to hear about it first.