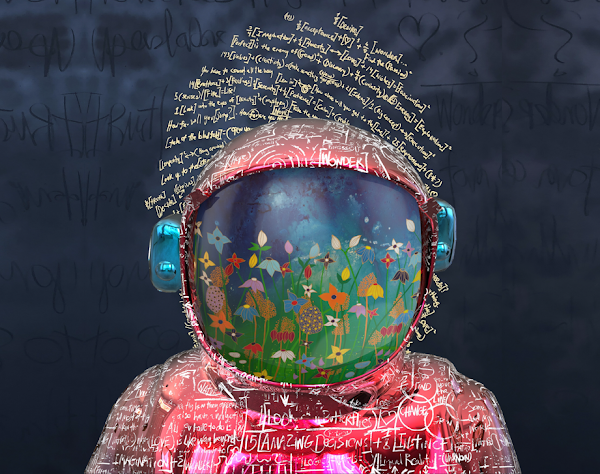 (If you participate in DAOs or Manage Dapp’s Treasury, you can skip this part)
Gnosis Safe is an on-chain multi-signature wallet solution in the EVM environment that Gnosis launched in 2018. As the most OG on-chain multi-signature, Gnosis Safe currently serves more than 90% of Dapps, DAOs and institutions in the Ether and EVM ecosystem. And if we look at the carried asset volume, Gnosis Safe carried $76B worth of assets in 2022, surpassing Coinbase, the largest centralized custodian in the same period.

In addition to basic features such as multi-signature management and spending limit, Safe has several other cool features:

Feature 2-- Transaction Guard: for each transaction to provide pre-transaction & post-transaction check function, check the conditions with some customizations, e.g., type errors on transfer amount (more than the transfer limit), transfer to phishing address (TBD in 2022)

The overall experience is close to the Web2 product level:

In addition to a more user-friendly experience, APPS reflects more combinability or extends the scope of use of Gnosis Safe as a multi-signature wallet, for example:

Suggestions that I expect Gnosis Safe team to see 😈:

Regarding the extension of APPS coverage, there could be a standardized & simple integration process with other Dapps. e.g., experience similar to installing a dmg file inside mac OS, instead of approaching the Gnosis team to work together to complete the integration.

Programmable Account (my personal definition) represent the programmability of the account. That is, the account is programmed to a look that you want or give it the features you want.

Smart Contract Account is the core of Gnosis Safe.

(if you are familiar with EOA and the smart contract account, you can skip this part)

Currently, Ethereum supports two types of accounts (you can also call them wallets).

Another point of knowledge to add – Wallets with social recovery functions

The wallet solution that can be socially retrieved is not necessarily a smart contract account, but can also be an EOA external non-chain solution (the following EOA, in addition to the social recovery function).

After some basic knowledge about the smart contract, I want to say that the necessity of Smart Contract Account is due to the poor experience of EOA: EOA can’t support the user's requirements of a web2 level account experience and is also too hard to modify.

As a direct presentation of the underlying account logic, EOA is part of the core network protocol due to its critical role in interacting with the network. However, this results in the account being very inflexible and not adapting well to new ecosystem requirements. The process of changing the core account logic is often lengthy and controversial. This can be seen, for example, with the slow progress on protocol-level changes such as Account Abstraction and Authcall.

The following is a list of some "special features" that Smart Contract Account can achieve currently (from top to bottom, features are more and more ‘cool’).

Some smart contract features that wish to be implemented 😈

Since a Turing-complete smart contract can theoretically achieve "any" programmatic result, here are my "requirements":

In the past fastest-growing decade of Internet development, there are some quite meaningful stages and changes that should have reference value for Web3 development.

P.S. Although this trend would take away the value capture ability of those models that are gradually becoming infrastructure, I believe those infrastructures will get their fair value in a hyperstructure framework. From a certain point of view, this should be very similar to fat protocol theory>>> applications won’t capture most of the value, but infrastructures will.

First-generation Internet products (e.g., Web portals) did not have user account settings (user identification was reflected in IP addresses). Most of the user's operating time was spent on the Windows interface (regard read-only browser as an extension of the Windows interface)

At this stage, selling Windows copyright was still the most profitable business. (Probably because mobile devices are not widespread, or no one cares about discovering user data value)

After the emergence of Facebook& Alibaba, applications with internal account architecture became mainstream, while users spent more and more time operating time within the UI of these applications, instead of Windows interface >>>> selling OS gradually became less profitable, and Facebook/Alibaba became the most profitable Internet companies (Exactly the same period for massive adoption of mobile devices)

At this stage, applications’ internal account system still only records their own business data.

During the past several years, similar trends happened in US & EU and Chinese markets: Google Chrome Extensions became more widely used, while Wechat Mini Program gradually penetrate into Chinese people’s daily life >>> compared to stage I and II, stage III-- application developed on top of the application is a very thorough & significant paradigm shift of OS.

In this stage, Google chrome and Wechat account record business data outside their own core business.

Wechat went a little further: external applications based on mini-programs still use Wechat’s payment channel. (The payment companies Square / PayPal is strong enough to maintain adequate autonomy, which is probably the reason why the payment channel of the Google account does not occupy Google chrome addons).

Think about the following two points:

There will be a new round of potential adjustments in account system & OS for Web3, either the Web2 system is forward compatible with the system of Web3 (Still dominated by web2 architecture), or Web3 system force web2 system to upgrade with web3 architecture.

Here, we assume that the future will be the second situation (historically & theoretically: technology always goes forward :) ) >>> that is, Web3 will have a new account system and OS. The possible evolution path is that the current account system of blockchain will gradually evolve into the Web3 OS.

For WEB3 with ownership emphasis, access management is always the most important. And when it comes to the user experience level, it is an account >>> An account that meets the features of WEB3 (e.g., ownership/built-in asset management) will have the greatest versatility and indispensability.

Some logos are placed on the dashboard, does this look like the current smartphone user interface?

Safe Interface: The layer closest to the end customers allows users to interact with applications such as AAVE directly from the Safe APPS by using smart contract accounts.

Safe Protocol: The Safe Protocol is a collection of community implementations of Gnosis Safe, consisting of a canonical version of the core contracts, extensions such as modules and guards, and community-governed registries. Other components of Gnosis Safe (Safe Infrastructure and Safe Interfaces and third-party applications) build on top of this canonical protocol to enable interoperability and account portability.

Introduce several cases that I have tried

In the current market, most of the projects based on Gnosis Safe are working on managing asset flow, while there could more innovation in dealing with access management and business process.

To implement a new generation operating system, we always need enough market influence and great allies. This is why I believe Gnosis Safe has the potential with the above ecological partners and multi-billion AUM in its multi-sig wallets.

Smart Contract Accounts or Web3 OS, in fact, are quite consistent with the definition of [Hyperstructure]:

This makes me remind the passage in Hyperstructure:

For me, it was a pleasure to be so close to the process of Web3 OS establishment. And I can give some effort, even only a little, that would be great!

P.S. I’m investing in A&T Capital, which participated in the funding Gnosis Safe, so there is some correlation of interest (But Safe can be really cool, right? 😃 )