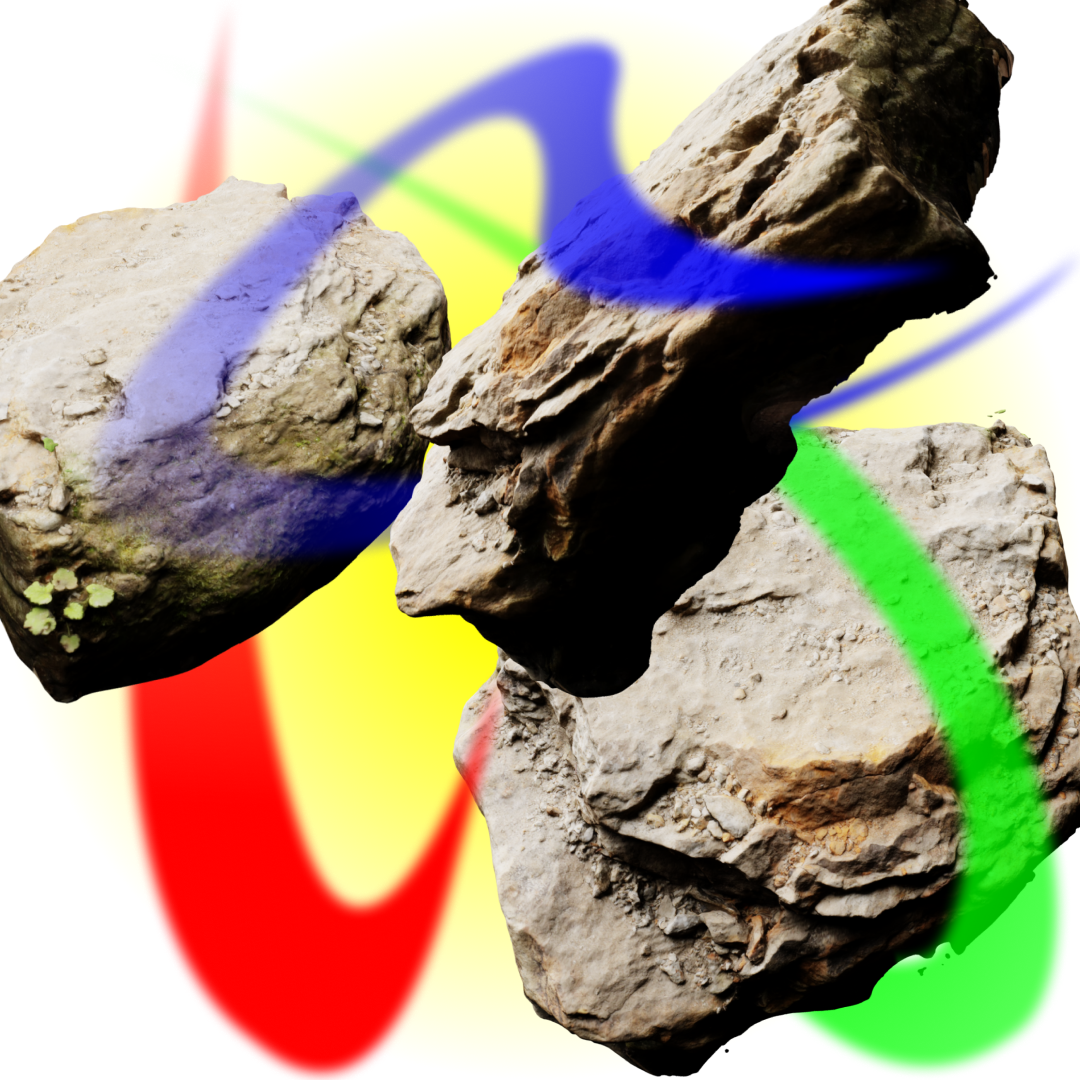 People get the "bug". They stay up late way past their bedtimes falling down a rabbithole of youtube videos explaining 'impermanent loss' and 'ERC-721 vs ERC-1155 standards'. They're reading semi-technical whitepapers because someone on the internet told them they have to DYOR ("do your own research") before they dump their coin into a financial site run by anonymous @ handles with promises of 1,000,000% APY. For individuals with high risk tolerances or the extra cash—usually men in their 20's—the risk/reward payoff is totally worth it. When a typical bank run by suits offers 0.5% APY in a savings account, why not ape (invest without research) your 401k into a bag of low resolution sprites?

Bubbles are the symbol of this secret society, in more ways than one: they are shared worlds, crystal balls, and financial fragility.

Bubbles represent the folie à deux, shared psychosis, of this hermetic world. This world is a world because it has its own shared language. WAGMI, 'we're all going to make it' i.e. get rich, NGMI 'not going to make it', gm 'good morning', FUD 'fear uncertainty doubt', normies (from 4chan, outsiders to the community who just don't get it), whales (someone with a lot of cash, can sway markets as an individual), and rugging (when someone, usually anonymous, reveals that a project is a scam by running away with your money).

Within the greater blockchain world there are smaller circles with more specific technical language. The decentralized finance (DeFi) group have developed highly intricate systems of knowledge, profoundly different than anything in the material world. They have liquidity providers, pools, flash loans, degens, vaults, yield farmers, doxxed devs, stablecoins—all native ideas and terms that have little to no analogy to anything preceding it, other than a confident gusto and hubris. NFT people talk about floors, roadmaps, and on-chain storage. DAO people talk about governance, quadratic voting, and multi-sig signers. If linguistics were any indicator of the vivacity of a community there would be no doubt that the blockchain community is kicking and screaming its way into existence.

The other reason this is a world is because it seems to maintain itself. It has a life of its own. Everyone in the community, to one degree or anther, feels as if they are on the back of a wild animal. It is architecture without architects. Tools and protocols develop quickly. Forks (modified copies) of popular projects spread like wildfire—and like wildfire often quickly die, leaving a path of burnt bag holders in its wake. The developments seem endless. James Carse's book "Finite and Infinite Games" explains the difference between two types of games. Finite games are games played to win. Infinite games are played to keep playing. With that framework, crypto must be understood as an infinite game. Players in the bubble play to maintain and grow the bubble. "Winning" is just putting your won capital back into the system.

Ian Cheng, an artist who's material is video games, has a notion of "worlding" based on the idea of Carse's infinite game. A world, for Cheng, is a type of game, a simulation, which perpetuates itself beyond the creators hand. Satoshi Nakamoto as the ur-creator of a usable digital cash has no hand in controlling the now. The control they have is simply as a founding myth. Indeed Nakamoto as a founding myth is the seed to a verified random number function: crucial to its inception but totally distanced from the the out-of-control, hyperorganic, rhizomatic growth of the bubble we see today.

Bubbles also represent crystal balls. The bombastic futurism of the community runs rampant. Crypto influencers promise the riches of the universe if you just HODL (hold, not selling, assets) a little bit longer. "wen lambo" is the ironic calling card to this feeling. Like crystal balls, the community is permanently affixed to future-gazing. There is a degree of aggression toward historicity. Some of it is valid—who in their right mind would not be disillusioned by the political and economic inequities upheld and enacted by web 2.0 juggernauts? Some of it is immature—libertarians will libertarian-ate. In the profile-picture NFT scene at large especially there is a general lack of interest in the precedent. Everything is a "first." It is land-grabbing Sooners planting flags without respect to or acknowledgement of the people that came before.

Crystal balls can be good, though. When one peers into the crystal ball they see science fiction. Science fiction is imagination, and imagination is a protest of the present by offering up speculative futures. It's a skill in high demand but low supply. Author Ursula K. Le Guin framed the science fiction genre as less a genre about the future than about the present. In the same way crystal ball gazing is completely and totally about the present. The crystal ball is a magnifying lens on today. Why are people interested in crypto? Are they hopeless? Too hopeful? Jaded about the physical world? Or are they bullish on "digital primacy" as David Rudnick calls it? (Digital primacy is the belief system in which evidence is only "real" if it is logged digitally.) So, to discount crystal ball-ing as a foolish endeavor is itself foolish. There really is authentic stuff being made in it, especially with NFTs. Experiments in collaboration, cooperation, and trust, and in relational aesthetics, relational antagonisms, and in net art. There are dadaist works, there is conceptual art, there is craftsmanship, and there is a general sense of playing with the material in front of you—making "on-chain" work, in situ. “NFTs today are at the equivalent stage of websites in the 90’s when most people understood them as simple ‘digital brochures’”, says Chris Dixon. What I see in the crystal ball is that we are part of a mass experiment in imagination.

In its most classical usage, bubbles also of course represent a financial bubble. Like any unregulated capitalist free market the expected metapattern is one of boom then bust then boom then... etc. This pattern can be understood as cycles of energy. Without regulation the metabolism of this system is cancerous and self-consuming. The metaphor I like to point out is that all mammals on Earth have about a billion heartbeats in a lifetime. (We have augmented our health through modern medicine, so we get an extra billion.) A mouse and an elephant each have the same number of heartbeats. A mouse's life is much shorter with a higher heart rate. elephants, longer, slower heart rate. The heart rate of the blockchain is mooning. It has a literal heart rate, "blocktime", and on some networks the arteries are clogged with transactions, but the spiritual heart rate exists in group chats, discord streams, and blog posts. The hyper cadence of the endless notification pings in chat streams is like that of a uranium atom. An atom which if it were a mammal would have a lifespan of a millisecond, ceaselessly vibrating.

While at once highly energy consumptive, blockchains (or at lease proof of work ones) are also paradoxically a fabled perpetual motion machine: energy-producing. The energy seems to come from nowhere. Is this energy automated? This positive feedback loop is ingenic. Ingenic a term I made up and wrote about meaning "media consumed in the same medium in which it was created." Energy put into the blockchain, stays in the blockchain... and grows. Most tokens generated are fed back into the system and rarely liquidated into dollars or yen. This ouroboros is like a blockchain eating its own genesis block, its own founding myth. This is why cultic leaders—the founding seed—is so important to the success of decentralized autonomous organizations (DAOs). Despite an ethos of distribution and decentralization, the only grounding element in DAOs is the common horizon of a centralized cultic developer. This leader dictates the tokenomics and roadmap which are all-important in a sea of ambiguity. Blockchain products are heavily financialized before the actual product is even imagined. The metabolism of it is cyclical: this cycle of starting anew, genesis, and then rapid growth, then a fire, then anew again. The power to continually create anew feel unnaturally perpetual. It eats and eats and grows and grows. Ironically this "always new" pattern gives blockchain its sense of identity. But it also may be what pops it.

Put on a Virtual Reality head set and suddenly you are the center of a new universe. It's like being in a fishbowl. When you move, your fishbowl moves too. It's a bubble on your head. Blockchain culture has this effect right now. Omnipresent, possibly omniscient, full frontal Dasein. It's a hodgepodge of oxymoronic stuff, moronic stuff, gigabrain moves, double-think opinions, inconsistent attitudes, and embodied politics. Just like real reality. It's all about money but also not at all about money. "Information wants to be free, and expensive," is coming into fruition, to a simultaneous chorus of moans and rejoice. It's also fun, just like real bubbles. I'll be here for the ride. 🧼