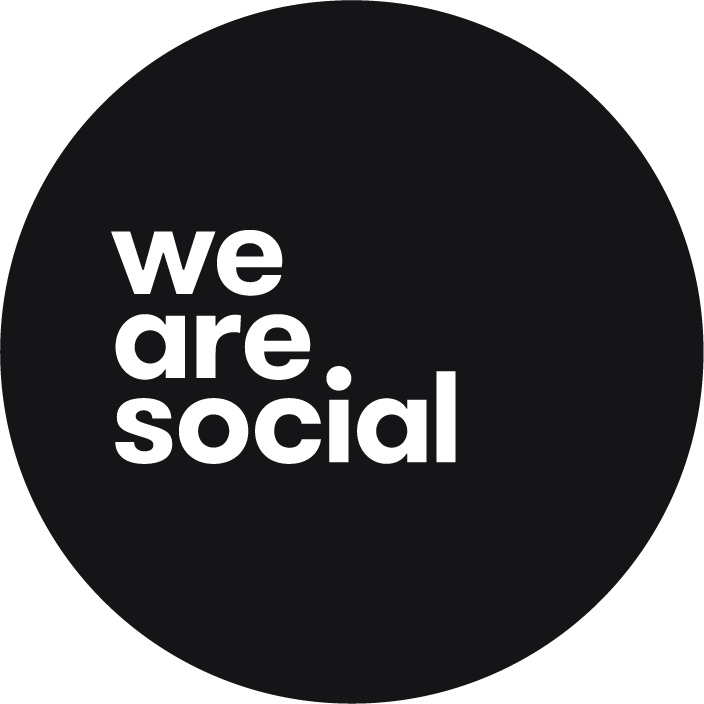 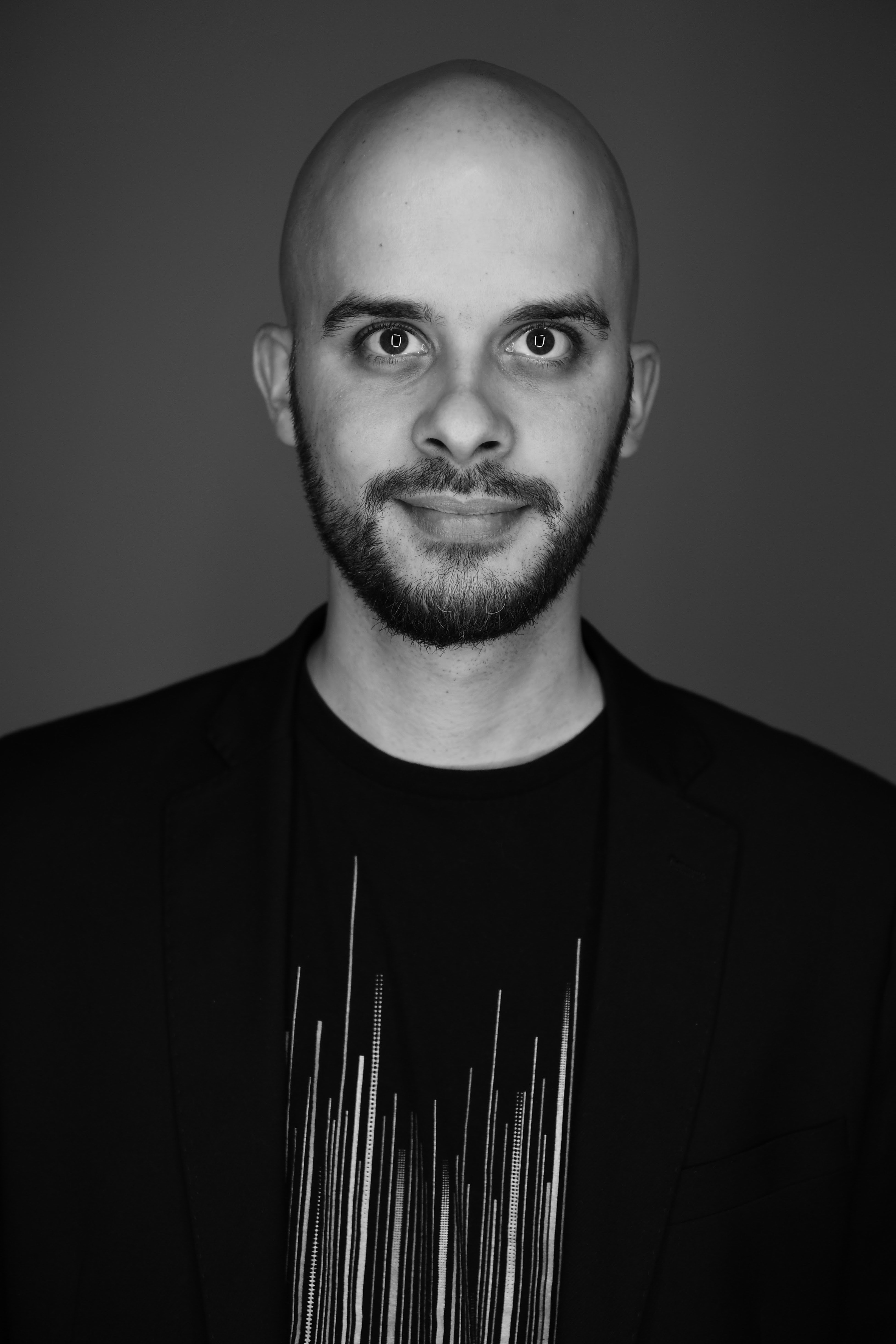 Down the rabbit hole. If in the last few months you’ve been getting closer to the indefinite, multi-shaped world of what people might call “web3” or “crypto” or “NFTs” or - with a bit of a stretch - “metaverse”, you’ll be familiar with the crypto-use of the expression: “down the rabbit hole”.

While people might refer to “one” rabbit hole, if you look at any place where discussion happens about web3, you’ll soon find out there are more than one. Perhaps as many as people going down them.

You can read Scott Galloway’s point about the centralization of power of web3, or explore Packy McCormick’s rebuttal of these positions. You can listen to David Spinks and Jeremiah Owyang defining web3 and the revolutions it’s bringing about or dive into Moxie Marlinspike’s doubts about accessibility and the technical lack of decentralization of web3. You can empathize with Ameera Kawash’s reflections on the impact of tokenization, and you can agree with Anna Wiener’s view about money in the metaverse. You can embrace Jack Dorsey’s position about who “owns” web3, you can think NFTs are a way for gaming companies to make you spend more on in-game goods, or you might try to put some balance among different points of view around how fair web3 is, just like @Cobie. And yes, you can hold all - well, most - of these thoughts at the same time, as the “kanyewestian” reference in the title suggests.

I’ve decided I should at least try to put some order in the various thoughts and points of view. So I started writing this recap. I then determined I could share it, especially with people who, like me, hold similar dissonant thoughts about this world at the same time.

This sum-up is about:

First of all, let’s start with the big elephant in the room: what is web3, really?

It’s the promise that the internet should be owned by the people taking part in it. Such promise is only theoretical now, and realized only in a small part. The first iteration of the web had the revolutionary trait of allowing people to find and get in touch with content, albeit passively.

Later on, something groundbreaking emerged: the ability for everyone to publish, to take part in a conversation, to connect to virtually every community in the world. That’s the core of the second iteration of the web, powered by social media.

The main concepts behind web3, then, are ownership and identity. People can create and own digital assets in a very unique way, and certify that status through a worldwide distributed ledger, called blockchain. Identity plays a big role in web3 as well: the technologies that are at the core of web3 allow people to build their personal and unique identities.

blockchain as a bridge

The blockchain is - always in theory - an excellent tool to unite the physical world with something everyone talks about at the moment: the so-called “metaverse”, or a digital spatial representation of worlds in which people can interact with others.

The underlying philosophy of web3 relies on a set of technologies that can change the way people think about their digital world. The principle of decentralization is key; nothing should rely on one single node, company, service, but everything should be distributed across the participants. This would in theory limit the power of big technology companies, shifting it into the hands of people. It’s a change that can mean a new way for ideas to come alive, for people to organize, to cooperate and to invest. DAOs (distributed autonomous organizations) and NFTs, the hot word of the moment, (non-fungible tokens) are the most advanced and concrete examples of decentralization in action. Why do NFTs look like they do? It’s a very wide topic that Lore Oxford is exploring, and it has a lot to do with semiotics and two tensions: playful vs. provocative and sincere vs. satyrical.

As it often happens, when communities of passionate people come together around a topic, brands start thinking about how they can be part of the conversation. In the case of web3, there is definitely both a lot of passion and conversation. There are, though, specific cases in which it makes sense for brands to participate. First of all: can the brand’s participation be relevant for the target audiences? Can it be an addition to people’s identity in web3? Maybe in the metaverse, through digital crypto assets?

The idea of owning a product is brought to entirely new levels. Just like passionate fans can buy physical products, they can own the digital counterpart, collect it, trade it and use it to define part of their identity. We’ve seen many interesting launches in this direction, from Coca-Cola selling unique NFT art to fans, to Dolce & Gabbana introducing an original NFT collection, to adidas launching the “Into the Metaverse” collection together with crypto brands and influencers like Bored Ape Yacht Club, PUNKS Comic, and gmoney.

And countless other actions. Some have been innovative and meaningful for their communities, others have been nothing more than an attempt at a PR opportunity on a hot topic.

It appears that everytime a brand action in the crypto space is successful, it’s founded in a deep knowledge of the community it refers to. Sometimes the community becomes a brand itself (think Bored Ape Yacht Club), and partnering with it becomes an extremely smart move to connect to the people who are its stakeholders.

Crypto and NFTs also offer a new take on loyalty and advocacy. People who own an NFT of a product very often have a strong vested interest in making it successful. They’d want other people to want it, to consider it worthwhile and to invest in it. From this point of view, the concept of advocacy evolves to a whole new level and incorporates a transactional element that would make the owner an active promoter of the crypto object as well as the project it’s connected with.

when does it make sense?

What’s the ideal situation for a brand to build a web3 project?

what needs to be fixed?

Web3 is still in its infancy, with many pain points and critical areas that need to be fully developed or changed for this space to be a relevant place for people to connect with brands. There are five main areas that need attention and should be brought to the next level: trust, integrity, safety, sustainability, and accessibility. Let’s see them in practice, and how they can be tackled.

By the way, it’s useful to dismiss the “free and independent” argument, as it might be incoherent with how crypto projects play out and are funded.

Decentralization is another mantra of web3. And it’s a very crucial piece in the theoretical foundation of this movement. By the way, if you look at how dApps (decentralized apps) work, you’ll find that most of them connect to the blockchain via two companies: Infura and Alchemy. Also, the biggest NFT marketplace, OpenSea, doesn’t store the actual NFT on blockchain, but rather its URL, acting as a middleman between the buyer, the content, and the sellers. Absolutely nothing wrong with it; quite the opposite: it grants more security and control, but it’s helpful to know. It’s important for brands to acknowledge this status and distance themselves from some of the core crypto arguments, especially when they can be understood as false claims and especially when experimenting with solutions that have such a strong emotional element for their communities, like collectors products or loyalty programs.

Big tech is becoming part of this movement as well. Twitter is introducing support for NFT profile pictures as part of its Twitter Blue program, while Facebook, Instagram (and Meta in general) are getting closer to crypto technologies with plans to make, sell and showcase NFTs, and Google is forming a blockchain group.

Many gaming communities are against NFTs, because they’re often seen just as another way to monetise participation through in-game purchases that don’t add to the main gaming experience. “Skeptics argue that cryptocurrencies and related assets like NFTs are digital Ponzi schemes, with prices artificially inflated beyond their true value. Some question whether cryptocurrencies and the blockchain, which are slippery concepts, have any long-term utility”, wrote By Mike Isaac and Kellen Browning in a brilliant article on The New York Times.

Another element of inequality arises in many projects when access is granted to a priority list. Basically, in those cases, people who are granted early access get better conditions. Just like it happens in the “world” that many crypto enthusiasts say they are revolutionizing. Brands should try and oppose those dynamics when opening up to communities and dropping NFTs or giving access to specific goods. It requires effort, but it’s a great way to contrast the natural tendency to inequality that is often caused by the dynamic of “drops”.

There’s environmental sustainability as well to take in consideration. It’s very interesting to see new protocols come up that are more efficient in the way they use energy, but at the moment CO2 emissions from mining are significant, and a small part of the energy used comes from renewable sources (39% in November 2021). There’s hope, though, and soon we’ll likely see improvements in that area, also thanks to shifts to new technologies and protocols, like - for instance - “proof of stake”.

Web3: love it or hate it. Love it and hate it. There’s a lot to do to make it more inclusive, more open, more decentralized and to allow people to have more ownership, but we’re on a new and exciting path. It’s a work in progress, just like in “the first emoji” by Beeple’s work (a piece of work originally not released as NFT). There are many more aspects of web3 that need to be adjusted and improved, including gas fees and volatility of many currencies, but it’s definitely out of focus for this specific piece. Casey Newton wrote a very interesting piece, highlighting three areas that need urgent fixing in web3: safety of crypto transactions, efficiency of blockchain, and harassment and abuse mitigation. The whole space will evolve quickly, if it keeps the pace we’ve seen in the last few months, and all signals point in that direction.

Brands have the opportunity and in some cases the responsibility to lead the communities they’re part of through it. I’m sure we’ll see many changes in making the negative aspects less negative for everyone taking part in this new environment, while strengthening the positive ones, and maybe we’ll soon accept that more established platforms are part of this game, without disrupting it, but opening it to the billions of people they can reach.