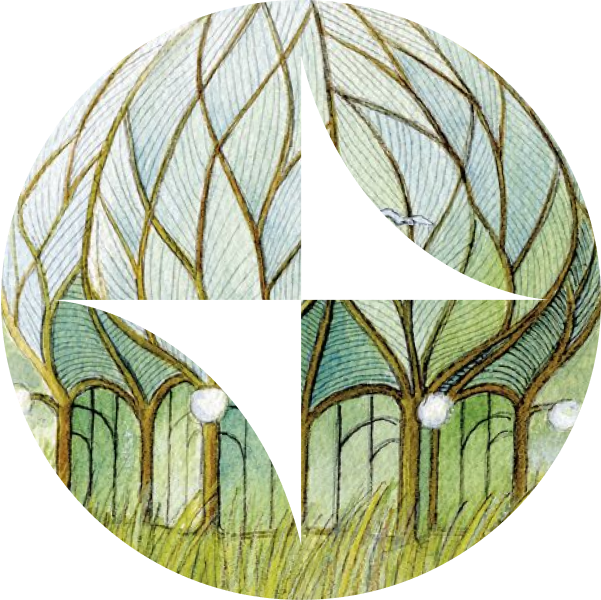 Why UBI is meaningful and critical for the world at large needs no explanation: it provides a certain level of financial stability and therefore guarantees a quality of life that every human being deserves.

Altruistic and humanitarian grounds aside for a moment, I would argue that introducing UBI makes economic sense for Nation3 and other (cloud) nations.

Providing a basic financial starting point allows citizens to have their essential needs covered, unleashing their mind space for creative purposes, and most importantly, opening doors for them to enter into economic activity.

Some of the best examples of returns on investment into human capital come from Singapore. When Singapore broke free from Malaysia in 1965, it was a small nation with a largely illiterate population, facing overwhelming levels of poverty, unemployment, and a housing crisis. Singapore’s GDP per capita was just ~$500.

Fast forward a few decades, and as of 2021 its GDP per capita is ~$73,000 (!146x increase!). Arguably, some of the most important decisions and reforms that led to this were the educational reforms and major investment into local talent; housing reforms making sure >90% of the population became property owners (up from 29% in 1970!); and competitive compensation structures — it was the first government ever to compensate public workers akin to private executives, with a milestone-based approach linked to the nation’s economic performance. These are of course only some of the examples, but the emphasis on cultivating internal human capital is clear: if you elevate your citizens from illiteracy and poverty, they can become active participants in the economy and drive it forward. (1) (2)

Introducing UBI could be a powerful experiment for Nation3, and would add attractiveness to Nation3 citizenship.

Overtime, UBI could become a kind of national ‘Thiel-Fellowship-as-a-public-good’. Grants like that of Peter Thiel are typically designed to allow extraordinary individuals to pursue their passions and creativity, with a hope that it would lead to viable businesses, inventions, and be valuable contributions to solving the world’s problems. The majority of people feel pressured into the industrialized system (school → university → stable job as an employee) instead of taking risks and pursuing what they love or what could be meaningful for society, because of the risks of financial instability. You can’t afford creative experiments, if your income in a given month determines whether or not you will have a roof above your head and food on the table.

Therefore UBI is a way to ensure that basic necessities are covered for all individuals equally, allowing them the luxury of undertaking risks, unleashing creativity, and focusing on building things that make the world better.

If financial security is one of the most fundamental services for a nation state to provide, we should explore how Nation3 could deliver it.

There are two major problems when thinking about UBI:

For almost any use-case in Web3, you have to achieve some level of Sybil resistance, and have a way to link a user account to one physical person. This is crucial for UBI since otherwise you would essentially be offering free money up for grabs for any attacker to accumulate at the expense of people who actually need the UBI.

Some of the most common ways to achieve Sybil resistance include:

While Proof of Humanity is a fascinating way to build a human registry, its current iteration takes away the individual’s right for anonymity, and essentially makes it the price to pay for UBI access. But it is probably the best model so far when it comes to UBI, and might well be the most viable when it comes to creating Sybil-proof lists of humans on the planet.

When it comes to Sybil-proofing citizens of your nation, however, there might be a better way.

Within Nation3, we have already been using SourceCred as a way to incentivize and reward involved citizens. SourceCred currently tracks user activity across GitHub, Discord, and Discourse. But what does that activity mean, if not proof that an individual in question cares about the ecosystem they are in?

With the addition of a few more parameters and a thoughtfully-set threshold, this proof-of-involvement might actually be enough to achieve the level of Sybil resistance we need for UBI as a nation*.*

Now that there is a way to account for involved citizens, the next question is: where will the UBI come from?

Issuing a stablecoin backed in part by $NATION. Aside from UBI, this can come in handy for a number of use cases:

The sustainability logic comes from the way the Nation3 treasury accrues value: the stablecoin reserves would be linked with the growth of the Nation3 citizen base, and the scope of economic activity:

Important to note that this is not by any means a proposal to issue a stablecoin — much more research and thought is needed, and some of the contributors are exploring routes for this - to be discussed in a separate post.

Topping up the citizen’s stake

Instead of just paying out tokens to citizens, why not help them enter economic activity that will make them money?

This is where the previously referenced Nation3 Court comes in. For the sake of the present argument, it is worth taking a brief detour to explain why the Court matters.

We can come back to the example of Singapore to illustrate this better: as a newly independent state lacking natural resources to export, Singapore realized that the best way for it to attract capital was by creating a reliable and predictable system of law, and a favorable environment for conducting business. This attracted individuals and businesses from across the world. Economic activity flourished, Singapore’s GDP per capita skyrocketed. The playbook is clear, and is exactly what Nation3 is trying to achieve with the Court and Internet-native legal system.

Nation3 Court requires collateral as a stake to enter into agreements, allowing law enforceability without meatspace police and prisons.

If citizens could stake their passport to enter into Nation3 agreements, both their reputation and the collateral backing the passport become active assets working for them. Why is this important? Because the more collateral, the more agreements and higher stakes they could afford, meaning more economic opportunities they could seize. Coming back to the UBI argument, topping up a citizen’s passport (their $veNATION lock) as a form of distributing UBI, becomes a way to give individuals a fishing boat and a rod, rather than just a fish. This model also ensures that the value remains within the jurisdiction, instead of being cashed-out directly.

Financial security is a fundamental service a nation state can provide, and one that can unleash creativity and boost economic activity, truly cultivating human capital.

Using the SourceCred-based involved citizen model, and a model for UBI payouts with either a stablecoin or topping up their collateral feels like a good combination of maximum efficiency and minimum complexity to achieve the wanted outcome.