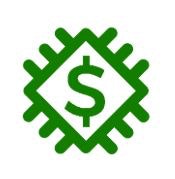 It is becoming real.

Construction started in April 2022 in Texas, USA. Blockstream and Block have joint forces to build a 100% off-grid renewable energy bitcoin mining facility. It consists of 3.8MW of solar panels combined with 4 Tesla Megapack battery units with the capacity to store up to 12MWh of energy.

● The total cost of the plant is $12 million;
● Out of the 3.8MW of solar power installed, 1MW will be used to mine bitcoins and 2.8MW will be used to charge the batteries;
● Batteries are required so that the solar-powered bitcoin mine can operate 24/7;
● Assuming a performance of the solar plant of 2200 equivalent hours, 25% of the day the mine will be powered by solar panels and 75% by batteries. Hence the ratio of 2.8MW batteries / 1MW bitcoin mining;
● 1MW of solar capacity provides the mining facility with a computing power of 30 petahash/second. I estimate that at the current hash rate, the plant will be mining ~1 bitcoin per week;
● ~177MWh of energy will be required to mine 1 bitcoin. This is equivalent to the consumption of 17 American homes in 1 year.

I know, this statement might sound way too simplistic; let me elaborate and provide you with some details of my back-of-the-envelope calculation.

If you want to mine bitcoins you need a very unique piece of equipment; specifically you need an ASIC miner. This piece of hardware is characterized by hash rate and energy consumption. One of the models available in the market is the Antminer S19 Pro, which features:

Continue Reading
Imagine You Are Bullish On Bitcoin. What Would You Do?
0xB58F
July 29th, 2022

Chances are, you would buy some bitcoin.

Now imagine you are very bullish on bitcoin.

You would scrap all your investments and put the cash together with the balances of your savings accounts. Then you would use up the money to buy more bitcoin.

Let’s take it one step further.

Continue Reading
Brutal Similarities Between the Demise of the Roman Empire and the Collapse of Terra
0xB58F
July 28th, 2022

Commodus became Emperor following Marcus Aurelius' death. The succession ushered in the beginning of the decline of the Roman Empire.

A few months ago, we witnessed the collapse of Terra. Terra was a blockchain empire that went from a market capitalization of +$30bn to $0 in a few days.

Below are the four similarities shared by the collapses of both empires:

We all know about global warming

What are renewable energy projects?