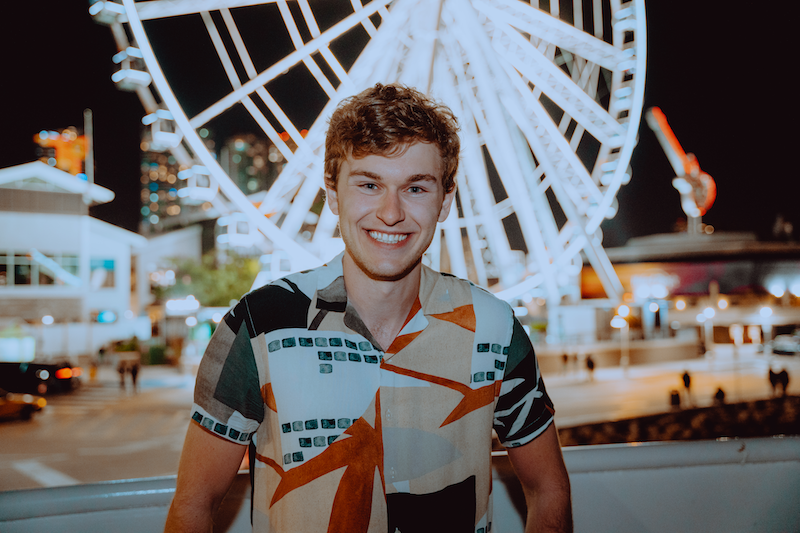 A new renaissance of creative potential is brewing—I see the potential of Web3 to empower a new, community-driven approach to product development. It introduces new tools and business models that will fundamentally change the way that products are built. There’s a lot of opportunity, both good and bad for society at large, and I aim to take my experience in the largest social network and make sure that we don’t repeat the mistakes of the past.

I love building social products. It’s very rewarding to take the problems of my friends and family, and then build something that they can immediately download and use on their own phones. I want to continue to spark joy in the relationships we have with others; in order to do so, I need to use the best tools.

Here are my top 3 reasons for building a company in the web3 space:

1. Building WITH People, not FOR people

When I built creative tools at Facebook, I was building for people. I would take an educated guess about what feature would help people the most, build it out, and then release it to 10% of the population and see how the retention numbers looked. Although I learned a lot about data driven decision making (and that people sometimes ask for features that they don’t actually want, read the Mom Test for more), it was an isolating experience. People were reduced to numbers, and it was easy to lose perspective. Contrast this with web3, and your people are with you in the Discord, working with you every step of the way.

On the extreme decentralized side, DAOs literally structure the entire corporation to be run by the people. But even for social platforms that are practicing Progressive Decentralization, individual features and ideas can be crowdsourced as you are building them.

This ‘build in public with your community’ ethos is infectious and fun. It’s also powered by real incentives. By launching a token or an NFT collection, early adopters have a financial stake in your project. Every contribution or idea in the Discord actually does add incremental value to the platform and the users finally have aligned incentives.

Thus, we truly have Squad Wealth: “Trust brought by consistent socialization and self-recognition is a foundation for exploring what the squad is capable of together.”

Never before have the builders and the community been so aligned. I can reach out and immediately get a temperature check from every single one of my users, and they can reach me with new ideas or feedback.

I’m bullish on the power of community to out-build traditional incumbents.

Give people the power to create the experiences they want most in the world.

All current web2 social platforms have gone through the cool to uncool cycle. At the launch of Facebook and Instagram, getting an account and connecting with your friends was fun and low-key. It was COOL to be part of the new wave on the internet. Eventually though, the uncool caught up - as the platforms monetized, you got stuck on the feed looking at ads and news articles. They entered the ‘extraction’ stage of value. A16Z has an excellent graph in Why Web3 Matters to illustrate this point. When platforms “hit the top of the S-curve, their relationships with network participants change from positive-sum to zero-sum. To continue growing requires extracting data from users and competing with (former) partners.”

Web2 platforms became uncool because they introduced limits on your creativity. Suddenly we weren’t just goofing off with our friends, we were performantly creating content for the engine.

I realized that no matter how good of a product I made in the web2 world, the outcome would always need to be the same: extraction of value of my users, in the form of advertising 😔

Web3, on the other hand, won’t hit the same ceiling because it doesn’t need its ‘try-hard’ era. New tools like token economies mean that we can move past the web2 advertising business model. It’s a ‘play-to-earn’ world on the horizon: the more fun and value that users have on the platform, the more they contribute back to the economy.

Now we have the graph that can continue to benefit from everyone’s participation because they are accurately rewarded for it.

The last reason I want to be in the web3 space is to inject some nuance and rationality into a space that is known for its astronomic valuations and blind optimism that decentralization is the solution to every societal illness.

Web3 can be dangerously intoxicating because it gives so much intellectual (you’re smarter for being here), financial (make tons of $$), and social (WAGMI) validation.

So much validation, in fact, that I’ve seen many projects just BUIDL, and not stop to consider the societal consequences of what could happen if they become successful.

At NFT NYC in November of 2021, I watched a panel about decentralized social networks. One speaker told the adoring crowd that his network “will never have any censorship! Anything that is posted, STAYS posted!”—and the crowd cheered. I was immediately taken aback. I found them after the panel and asked what their plan was for moderation and for bullying and harassment. Their response? “There’s no way for our systems to take that into account. And anyway, we are focused on small groups first so we’re hoping for the local community effect.”

Does the “build first, worry later” approach sound familiar? Yeah, that’s what happened with Facebook: they built the world’s largest connected social graph, filled with good intentions, and unfortunately got hit with the realities of society. With great power comes great responsibility, and we can learn from the mistakes of the web2 era. Ideally, before we build something well intentioned and immutable in web3 that causes more societal damage.

Through Launch House, I found Katy, an amazing designer and product thinker, and the two of us have teamed up to build the social layer for web3.

Stay tuned—I’m excited to build WITH everyone, and get our Testflight demos into your hands as soon as possible.