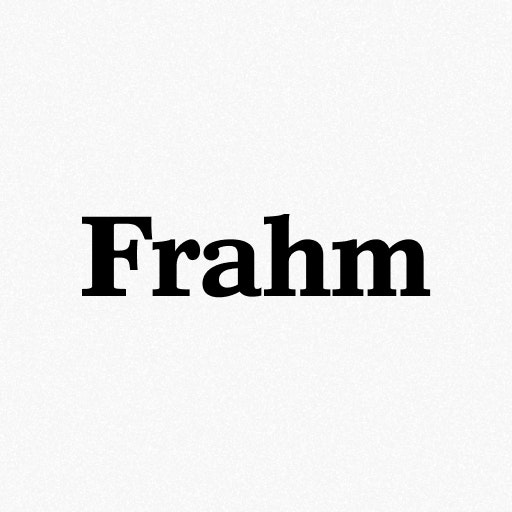 Frahm is proud to launch its Frahm Exclusives collection together with Archan Nair.

In a short time, Archan has become one of the most recognized NFT artists in the space. Archan's visual expressions are part of a journey that is influenced by the mysteries of existence and how every action, emotion, and our interconnectedness in a universal scale sets off a chain of reactions.

His work has been featured in Rolling Stone, Vogue, and VICE Creators, and has achieved recognition from music artists like Kanye West along with collaborations with Lindsay Lohan and Justine Bateman and brands such as Nike, Sony, Redbull, Microsoft, Samsung, among many others.

Archan has been a big inspiration and coach for us at Frahm, and we are deeply grateful for the opportunity to collaborate with him. The Samaveda frame was specifically designed for Archan Nair’s artworks Chryseis and Prana.

We are also humbled hat renowned collectors such as Vincent van Dough together with leading NFT fund Starry Night Capital as well as the Pellas Gallery in Boston received the very first edition out of the Frahm Exclusives collection.

Hindus consider the Vedas to be ”apauruṣeya”, which means "not of a man, superhuman", revelations of sacred sounds and texts heard by ancient sages after intense meditation.

Samaveda is the Veda of melodies and chants. It is an ancient Vedic Sanskrit text, and part of the scriptures of Hinduism. One of the four Vedas, it is a liturgical text which consists of 1,875 verses.

Like Chryseis, Samaveda #1 - #10 is a 10/10 edition. It gives Chryseis space, but also boundaries while allowing it to live. It pays tribute to Archans’ brilliant art, cultural heritage, and the frame as a unique piece of art.

Like Prana, Samaveda #0 is a 1/1 edition. It shares the same base frame style with the Samaveda #1/10 edition, but it has its own aspect ratio, is built on a wooden texture and integrates an ivory passepartouts.

The Frahm Exclusives collection represents customized frame NFTs for exclusive artists and partners. This collection consists of frame NFTs tailored to specific NFT artworks. These frames are hand-crafted by Frahm and jointly curated with our partners.

Together, we want to jointly promote the appeal of framing art in the digital sphere. Custom frames are displayed in showcases and integrated into exhibitions and auctions. Pieces in this collection range from 1/1s to small-scale editions. Each frame NFT is exclusively mintable via the Frahm Exclusives ERC-721 contract on the Ethereum Blockchain.

You can learn more about the Frahm Exclusives collection on our website.