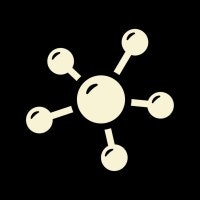 One of the biggest determinants of startup success is the strength of the team’s engineering culture. All successful companies have had very strong engineering cultural values, from Facebook’s “Move fast and break things” to WhatsApp’s “Focus is the new F word.”

Web3 is wildly different from the centralized platforms it wishes to displace and achieving its promise will require the engineering teams to adopt a whole new set of principles. After building in web3 for a year, three of these core principles have become crystal clear to us at Sesame Labs:

The main value of web3 is to get rid of the intermediaries and to push ownership to the end users so that nobody can either maliciously or accidentally cheat the system and the community is fairly rewarded for their effort.

Truly achieving this vision of a decentralized socio-economic web will require the engineers building it to have very high integrity. Building things in a centralized way will always be easier — it will always take less time — but it will also result in more blow-ups. FTX meltdown is a great example of what can happen when taking shortcuts, whereas providing proof of solvency by writing it on-chain might be more complex to build, but would prevent such a fiasco from ever happening.

This value is particularly relevant to the engineers in the teams. No matter what anybody says, ultimately engineers are the ones checking in code and putting the pixels on the screen. The buck always stops with them. They have a lot of leverage in architectural discussions in the team. But with this great power comes greater responsibility of being highly principled. Web3 is the kind of place where you need to actually sweat the small details a lot, think about incentives and attack vectors from all the multitude of angles, and not always pick speed over what is equitable and right.

Uniswap has done an incredible job at this. The protocol’s fully open-source and hence auditable and extensible; they’ve architected it such that anybody can participate in financial gains by market making; and they’ve truly transferred the ownership to the community by allocating 60% of UNI tokens to them. Building the protocol with such high integrity was exceedingly hard, but has allowed them to become a hugely successful and anti-fragile project. They’ve stood strong when the centralized projects around them have crumbled.

The web2 ecosystem is relatively mature and the core building blocks and abstractions are rock solid. In most cases, engineers can purely assemble existing pieces to build what they want.

Web3 is far from this. Even though the blockchain, a decentralized virtual machine running Turing-complete programs in a tamper-proof way, is an incredible technical feat, don’t let that fool you into thinking that all the infrastructural pieces have been figured out. Many crucial blocks are missing like the communication layer, scaling to support all financial transactions, flexible search, powerful data oracles, fraud protection, and much more.

Builders in web3 will need to be exceedingly comfortable in going up and down the entire stack, and building whatever infrastructure is required, to get the job done. We at Sesame had to do this when building our Marketing CRM and Insights product. It required not just working on the application layer, but also efficiently indexing billions of blockchain transactions and keeping the data synchronized by building a robust big-data system.

Celo is an excellent example of a project that’s done this well. They wanted to lower cross-border remittance charges and boost micro-work in Africa. This required cheap gas fees, a network that ran on low-end mobile devices, a super simple user interface, and easy ways to convert back to fiat currency. Instead of waiting for some of these problems to be solved, the engineering team at Celo dived deep, and built their own L1, developed light-client nodes that could run on mobile devices in an energy-efficient way, simplified the crypto jargon for users, and added stablecoins on their network to make it easy to convert back to fiat.

Be radically open to collaborating

In web2 it’s perfectly rational to look at other similar companies from a competitive lens, given these are closed systems and there aren’t always ways to efficiently align incentives, leading to a fairly zero-sum game.

Web3 does a complete 180° on this. Community and collaboration are at the core of what web3 stands for since it makes it easy to create positive-sum scenarios via token incentives. This is exactly why we already see a lot of collaborative behavior between the best web3 projects. 60% of Uniswap is owned by the community, ConstitutionDAO was set up to get folks to chip in and buy the US constitution, and big NFT projects like Bored Ape frequently partner with other projects to grow each others’ communities.

Engineers in web3 must lean into this ethos and be radically open to collaboration. This means getting out of your seats and attending the various web3 conferences taking place globally to make new friends, composing on top of other protocols instead of duplicating code, and engaging the community to get their feedback on proposals and new features.

The Cosmos ecosystem is a perfect embodiment of this cultural value. A bunch of L1s decided that instead of competing with each other it might actually be more fruitful to collaborate and interoperate by integrating with the Cosmos Network. This was prudent, because the various chains had different value propositions, and by working together, the overall value of the network increased many folds, leading to a win-win scenario.

At Sesame Labs, we’re on a mission to connect community members to their favorite dApps through a trusted and decentralized engagement network. If you’re an engineer excited about these cultural values, then come join us on this journey! Check out our careers page. Join our community on Twitter and Discord.

Thanks to the Sesame team, Nagendra, and Sahil for their valuable input