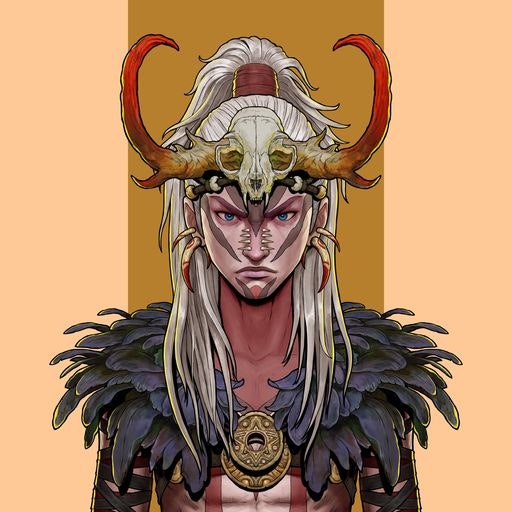 It is not well known that people of the Wilder Nation possess some of the strongest oracle abilities amongst all Oralians. As the Wilder Nation only started to unify their tribes at the end of these last million years, a universal language amongst their people has yet to be established, forcing them to instead rely upon their divine abilities in order to communicate with one other.

In the Era following the Great Sealing, It was also these divine abilities that allowed the Wilder Nation to become the first group of Seekers to communicate with our world and be re-awoken.  Other Oralians often marvel at how members of the Wilder Tribes were the first to Awaken despite being viewed as one of the least developed nations on Oro. There are even some Wilder Tribes who refer to themselves as “Loy” in their native tongues, essentially “Fools favoured by the gods”.

Members of most clans belonging to the Wilder Nation choose to adorn themselves with animal bones and tattoos, a custom tying back to their relationship with the Gods of Fire and Death, both of whom have earnt their worship throughout the ages.

In contrast, those belonging to the Clan of Beast Blood instead choose to cover themselves with animal skins in order to represent their ethos of pursuing coalescence with nature and the importance of upholding balance in the natural world. The Clan of Ore have also developed their own unique customs of favouring smelted metals and alloys over animal adornments.

No matter their tribe, one truth that remains true for all Wilder Clans is that members of the Wilder Nation—both individual and collective—are mighty warriors not to be reckoned with, and are a significant part of Oro’s history worthy of our pride and respect.

Subscribe to Awakening of the Legion
Receive new entries directly to your inbox.
Collectors
View
#1
#2
#3
View collectors
This entry has been permanently stored on-chain and signed by its creator.
Arweave Transaction
PgZZYZrjIdLXlUK…Dv-2vmfBiTc8Ktw
Author Address
0xdb205661262f7…58c20cb6d99c7a3
Content Digest
hIbkuKVjH-hP1U7…X_IUGxakJORNR5M
More from Awakening of the Legion
View All