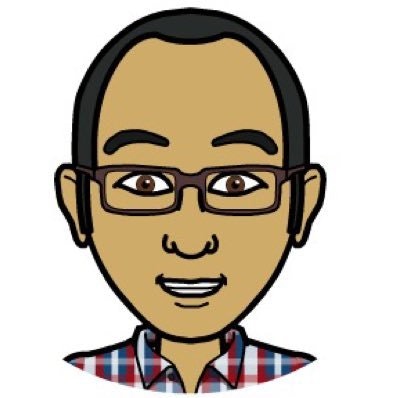 Crypto and gaming are an obvious pair. The two have been eyeing each other from across the room since the early blockchain days. And when they finally connected meaningfully for the first time, sparks flew. Yet it’s clear that the story of crypto gaming has only begun to unfold. The next chapter will involve a deeper synthesis between what we’ve learned about video games over the past half century and what we’ve learned about blockchains over the past few years. We think that next chapter will be marked by a new business model for crypto games that its pioneers are calling “Free to Own” (F2O).

The first video games were arcade games where players had to pay every time they played the game. Next came console games where players had to pay a high one-time price (e.g. $60) for a game that they could then play unlimited times. Early mobile games, which followed, continued the console model but with a much lower one-time price (e.g. $1). Mobile games evolved into free-to-play (F2P) where players no longer needed to pay at all to play the game and game devs needed to earn the right over time to get paid – typically by selling in-game assets. F2O takes this one step further. Game devs give away a portion of the assets they'd otherwise have sold to players. Players co-own the game economy alongside the game devs. F2P is “freemium”; F2O is “less than free”.

F2O is still a work in progress but its core mechanism involves offering players of a game (or future game) the opportunity to mint – for free – digital assets of value within a game economy. The assets are built as NFTs so players have true ownership of the digital assets they acquire for free. The NFTs have a creator royalty mechanism where game devs make money as a percentage of the game economy’s “GDP”.

Co-ownership of a game economy between players and game devs requires credibly neutral economic infrastructure. Otherwise game devs could tip the balance of power in their own favor (by manipulating or censoring transactions, giving themselves preferential access to order flow, etc.). Enter public blockchains.

Blockchains are neutral payment and commerce rails for digital assets. So long as game devs design their assets according to token standards (and if they didn't, it'd be a red flag to players), the assets can be bought, sold, and traded freely. Blockchains also happen to be unrestricted payment rails. Meaning that, unlike an app store game where the Apple/Google duopoly imposes a $100 maximum on an in-app purchase (along with a 30% cut), a blockchain game can contain items each worth literally millions of dollars.

This is key to the F2O model. It's only worth it to a game dev to hand over a large fraction of their game economy to the players if the economy is orders of magnitude larger than what was possible in F2P. Game devs get a smaller piece of a larger pie.

It's no trivial task to design a game economy of unprecedented scale. It takes courage, imagination, and a unique grasp of crypto culture and fundamentals. We think this challenge alone precludes the vast majority of today’s game devs from making the transition.

What is a game dev getting in exchange for giving away a portion of their economy?

Web2 companies give users free software in exchange for the ability to monetize users’ attention via advertising. F2O game devs give away a portion of their game economy to users in exchange for distribution. And not just ordinary distribution – the special kind of distribution only possible with a fanatical and motivated user base that is deeply invested in the game as a source of identity and community. A user base that will don digital assets as PFPs, that will rally vocally in public against criticism, and that will (shamelessly) market the game to anyone they encounter.

Aside: The Myth of the Viral Game

There's an idyllic notion that successful games grow organically, spreading virally via word-of-mouth all the way to an at-scale user base. This is untrue. While a small handful of games have achieved truly organic growth, the vast majority of successful games spend aggressively on marketing to drive each and every segment of their growth loop(s). User acquisition spend is usually the most significant line item in the cost structure of a successful game. Any form of leverage on user acquisition is manna from heaven to a game dev.

The core enabler of F2O's super-charged distribution is an alignment of incentives between the players and the game devs. In giving away game assets to players, game devs and players alike only make money if the economy thrives. Unlike paid mints, the F2O game devs receive no up front revenue. Game devs make money on secondary NFT trading royalties, which only occur with vibrant activity within the game economy. "Free" also dampens a player's near-term ROI expectation compared to if they had purchased the asset.

F2P games need to be nearly complete before game devs can solicit player feedback. In this regard, F2P games are more like movies than they are like other software products. Game devs tease the game concept with trailers and demos, develop the game in private, then put a nearly finished game in front of a test audience (beta players), and finally hope for a positive reception.

F2O, in contrast, lets incentive-aligned players committed to the game's success provide constant feedback to the game devs every step of the way. This form of player feedback lets game devs build early brand awareness, refine their IP choices, preview and test game mechanics, and broadly develop an intuition for the character of their player base through direct interaction. Not only can this process improve the game’s quality, it can also deepen player excitement and buy-in.

As with anything new with disruptive potential, there are open questions that will need answering in time.

F2O games are more of a direct extension of F2P games onto blockchains, rather than an extension of decentralized apps into gaming. The burden is on the game devs to create a thriving game economy worthy of player participation. But, unlike F2P, blockchains themselves enforce a sufficient trust guarantee between players and game devs that the F2O outcome can be qualitatively different than that of F2P. In F2O games, the game logic can live on a centralized server but the economy lives on a public blockchain.

Dependence on game devs isn’t necessarily a bad thing. We have evidence that without strong direction and long-term commitment from the creators, even an extremely popular free mint can lose momentum. Loot Project began with a free mint but ultimately placed the burden of game development on a diffuse set of NFT holders. On top of that, Loot’s NFT design didn’t incorporate a secondary trading royalty which meant the community didn’t have a treasury to direct in pursuit of continued ecosystem development. Loot was a phenomenon that initially captured the hearts, minds, and wallets of the crypto community; but the project has since lost momentum.

Though the initial mint is free, inevitably, speculators will begin participating in the game economy. Even for speculators, ownership of the assets creates incentive alignment with the game devs. But since speculators purchased the asset(s) they’ll bring with them a mindset not always consistent with players who minted for free (e.g. time horizon, reaction to price volatility). Speculation, like gravity, is impossible to avoid. Its presence just adds an additional constraint to the challenge of game and economy design.

F2O game devs sacrifice upfront revenue in exchange for a much bigger prize later. Meaning they must have sufficient resources to design and build a game without requiring revenue from a paid NFT mint. This usually means the game devs will turn to venture capital or self-fund – same as a F2P game devs. At worst, F2O games are at parity with F2P games in terms of upfront capital requirements. And, optimistically, the presence of a blockchain substrate in a F2O game can increase a game dev’s future optionality in addressing the capital hurdle.

“Free to Own” (F2O) continues the historical trend in gaming of power shifting from the game devs towards the players. By designing a game economy on top of a blockchain and giving away a portion of the economic assets to players, game devs are creating a set of incentive-aligned and motivated fans who will ultimately provide distribution leverage for the game (among other benefits). The F2O model is early and not without challenges. But F2O has the potential to disrupt gaming as we know it.

This post covered the conceptual underpinnings of the F2O model pioneered by Limit Break via their DigiDaigaku NFTs. In a subsequent post, we'll delve into more specifics including,

Disclaimer: This post is for general information purposes only. It does not constitute investment advice or a recommendation or solicitation to buy or sell any investment and should not be used in the evaluation of the merits of making any investment decision. It should not be relied upon for accounting, legal or tax advice or investment recommendations. This post reflects the current opinion(s) of the author(s) and is not made on behalf of Standard Crypto Management LP (“Standard Crypto”) or its affiliates. The opinions reflected herein are subject to change without being updated.